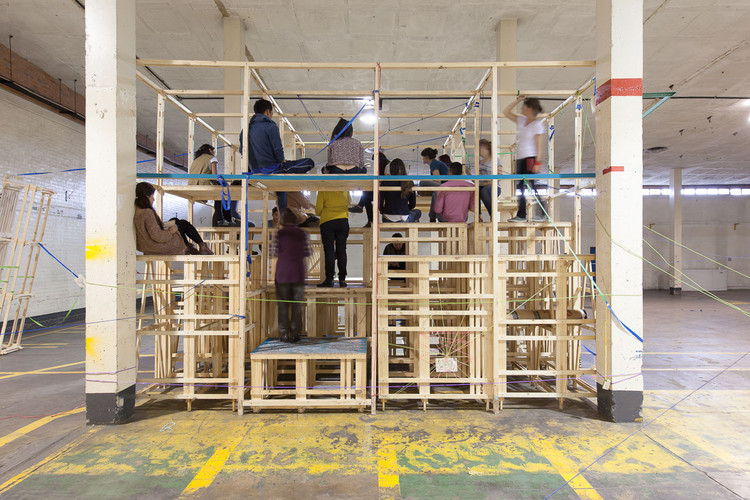 Text description provided by the architects. Nc lab is a laboratory of creative experimentation that takes place every two years in Bogotá and that emerged as an alternative artistic pedagogy proposal within the framework of the Educational Project of the NC-Arte Gallery. The project seeks to build spaces for collective creation and multidisciplinary artistic experimentation during four days, where more than a hundred people participate, including artists, mediators, and the general public.

In 2016 the premise was to explore forms of relationship between the body and space. The setting was the set of three old monumental-scale auto parts warehouses where six autonomous installations are staged that are halfway between the sculpture and the museum device. There are 6 wooden machines that constitute a catalog of actions derived from basic shapes: triangles, cubes, and cylinders. The pavilions are perception tools that allow each participant to relate to the factory atmosphere of the wineries.

Together with each of the invited artists and the gallery team, each work was generated using drawings, models, and conversations that could refine a specific intention for each one. Wood was chosen as the general material for the set considering its soft appearance, its structural qualities, and the possibility of reuse.

At the entrance to the complex, a cylindrical structure composed of 12 modules of wooden slats was installed. This structure works as a scaffold where cardboard cylinders are inserted that serve as lockers. Through a freight elevator, you reach the meeting space in which a series of different types of furniture are distributed, allowing exchange and feeding moments; in the middle, a grandstand hides a café in its lower part, and at the top of the room a cylindrical pavilion builds an anteroom to house an empty space surrounded by a stage in which the artist María Eugenia Díaz carried out actions of encounter and disagreement.

In the second warehouse, a right triangle fits into a series of concrete columns that artists Jaidy Díaz and Javier Vaquero turn into a performative ramp. In the adjoining room, a 3 x 3 x 3-meter cube becomes a three-dimensional mesh that allows it to be occupied at different levels, positions, and proximity in a laboratory in which the artist Monica Hoff explores the most sensitive approach to the other.

In the third space, an installation of eight pieces of different sizes are both furniture and parts of the transitory sculptures that the artist Veronica Lehner assembles with the participants of her workshop. Finally, the agora is a mobile quadrilateral that is divided into two halves to configure the scenography for the conversations promoted by the curator Rodolfo Andaur. 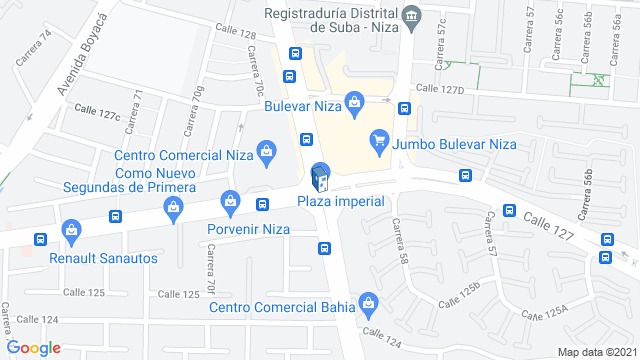 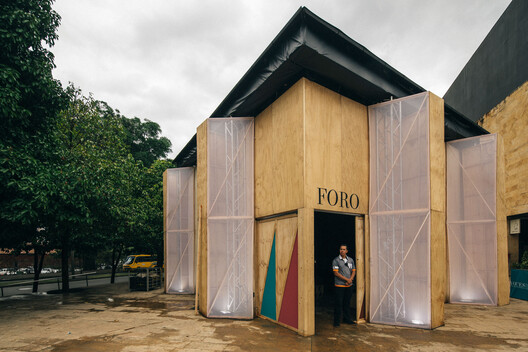