Text description provided by the architects. With the rededication of the former school building as the August Everding Cultural Centre, the former schoolyard at the back became a public space.

The planning was prompted on the one hand by the desire to upgrade the urban open space at the rear entrance, and on the other hand by the new orientation of the urban art forum.

The forum, a closed exhibition space, is connected to the foyer by a glazed corridor. In addition to ensuring a connection independent of the weather, this corridor also has an important urban planning function. Through it, the extension becomes a structurally firmly connected ensemble that develops into the now inhospitable backyard of the cultural centre and reinterprets it as an attractive place in terms of urban space. The sequence of the foyer, corridor and forum structures creates an inviting, opening gesture towards the public space.

The full-surface glazing of the corridor creates a visual relationship between the two green spaces. The courtyard thus becomes visible even before entering the cultural centre, and the activities taking place in it (exhibitions, workshops, etc.) can be perceived from the outside. The spatial framing of the courtyard by the new structures Forum, Corridor and Foyer makes it a further space of action for the cultural centre. 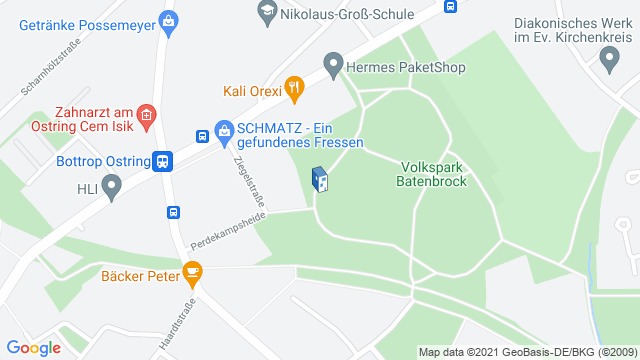 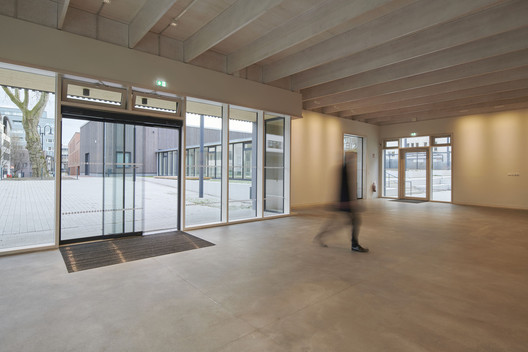