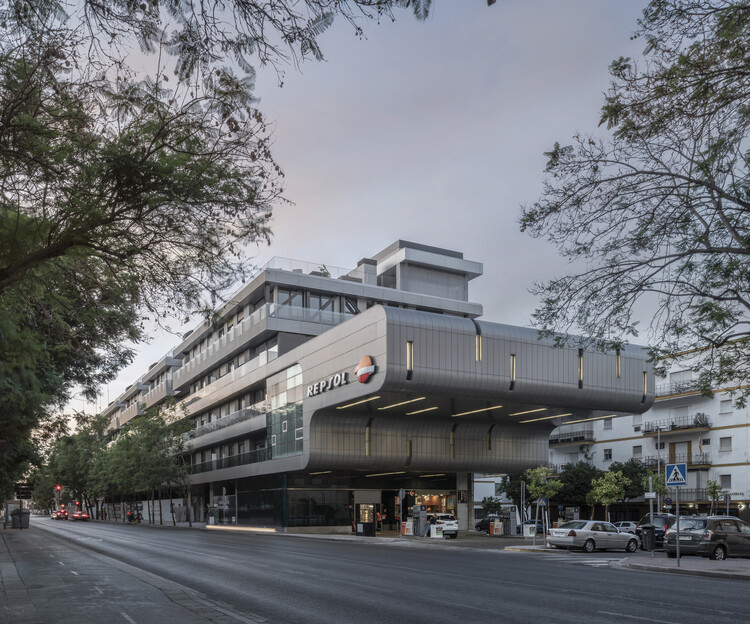 Text description provided by the architects. The building has the qualities required after Covid-19: space, light, ventilation, and views, favouring and modulating the necessary contact with the exterior.

The long history of this building can be summarised by saying that a project committed to the city that rehabilitated an old, centrally located, degraded site, whose design integrated an office building with an urban petrol station, was in the process of construction when the crisis left it unfinished at the structural stage in 2009.

Originally designed by Hombre de Piedra Architects, it integrated the petrol station canopy as a spectacular overhanging volume of the office building itself. This created a coherent ensemble and a landmark that would form a futuristic urban gateway to the Plantinar neighbourhood.

For more than eight years, the building in structure and on one of Seville's main avenues became a striking urban scar. Finally, the developer AEDAS Homes acquired the building and selected the proposal by the team of architects EAS, Aybar-Mateos, and Hombre de Piedra through a competition. In this project, the appropriate use of the pre-existence becomes the opportunity to propose a unique type of housing that explores the current meaning of residential architectural quality.

The metal overhangs running along the façades of the building are also efficient sun protection for the windows on the south façade, while on the north façade, together with the continuous glass railings, they help to protect the building from the busy avenue. The powerful pre-existing musculature of the building, which allows for its spatial amplitude, is not concealed by the partition walls but is enhanced by leaving the pillars freestanding and exposed in most of the rooms.

The opening of strategic new Mediterranean courtyards was the optimal solution to make the great depth of the original building more habitable. These openings were carefully placed so as not to damage the pre-existing structure. The halls open onto both the facades and the courtyard. The floor plans are arranged in series towards the east so that each dwelling takes up the courtyard. These courtyards also allow the central corridor to be naturally lit and ventilated.

The final result is an efficient building, with Energy Rating "A", where spatiality, habitability and sustainability have been the axes that show the way after the health crisis of 2020. 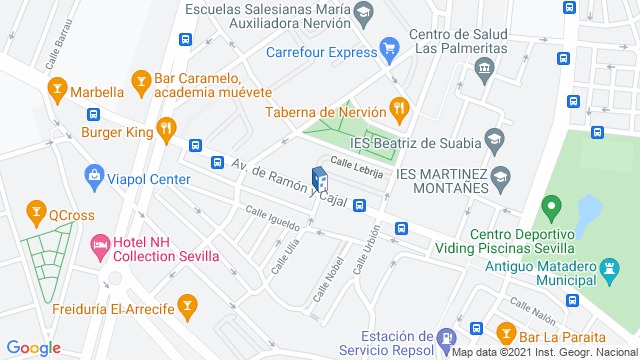