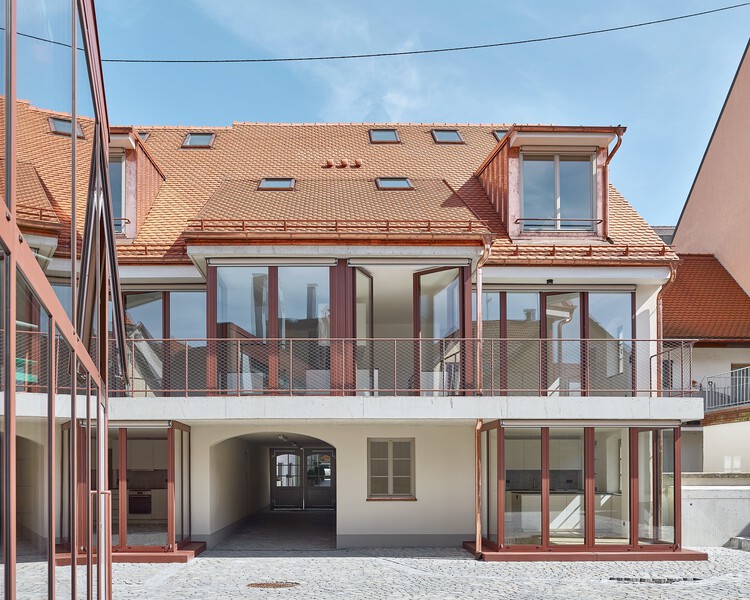 Text description provided by the architects. The spacious property at Kirchenstrasse 19 in Schongau belongs to a closed row of plastered, two-storey eaves-standing houses in a late medieval old town near the Swabian region. Schongau is a planned Staufer city built after 1225, which came into the possession of the Bavarian dukes in 1268. Most of the city's development is closed. Two criteria had to be met from a monument preservation point of view for the urban farmers' estate in the listed ensemble of the city centre: the substantial preservation of the outer building shell including the roof structure and the design of the outer shell in keeping with the characteristics of the old town.

The architectural challenge was both to sharpen the typological quality for the new apartments and to restore the already heavily reshaped structure to its original shape and possibly to achieve an ensemble-appropriate repair of the outer shell and the roof truss. The property was changed so extensively in the 1960s that the passage characteristic of a former town farmer's property, which was originally used to access cattle and wagons, was no longer noticeable on the street side.

As part of the complete renovation of the residential building with six residential units, the passage was again dismantled in its actual function as central access - from which the main staircase of five residential units will also be accessed. To the north of the passage is the second access point with a set-back private house entrance via which one reaches the separate ground floor apartment. The result is a modernized urban farmer's property from a former residential building and a new ancillary building shaped by the borders of the courtyard. Two new apartments on each level are centrally accessible.

The small-scale window openings of the street facade (early baroque) could be restored to their original state, as the bedrooms of the apartments are located behind them. The facade in the inner courtyard, on the other hand, is kept open and illuminates the spacious eat-in kitchens to the west. In front of the plastered courtyard facade, a horizontal balcony slab cantilevers the entire width of the house. In terms of motifs, the extension is characterized by an arbour protruding in the middle, of which two dormers on the side give rhythm to the steep tiled roof.

The winter gardens of the ground floor apartments are located under the balconies on the upper floor and enjoy direct access to the courtyard. The two top-floor apartments benefit from the very steep roof construction with exposed old wood beams. Where once there was presumably a small stable for cattle, a separate building was created in the character of a small coach house, which will serve as an architecture office in the future. 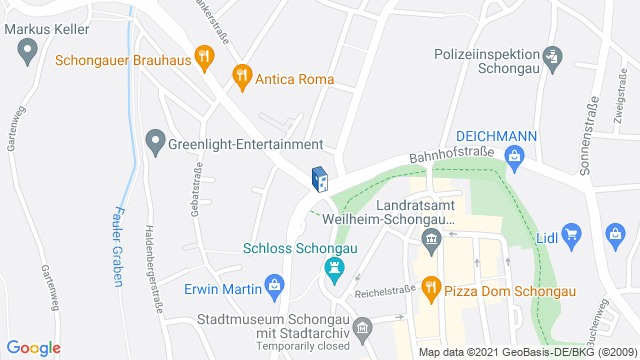 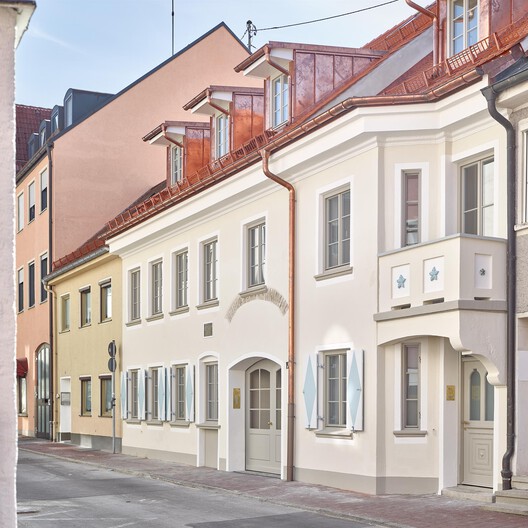 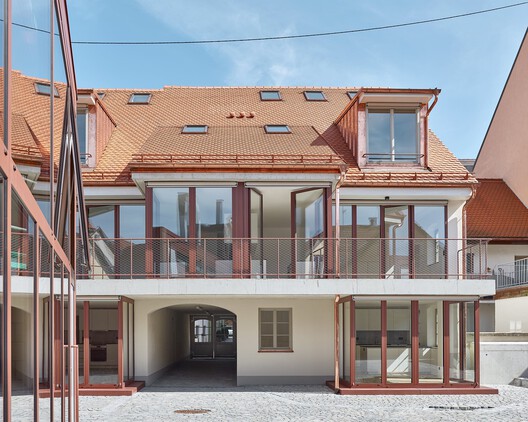