Save
House by the Woods / Stanislav Fiala 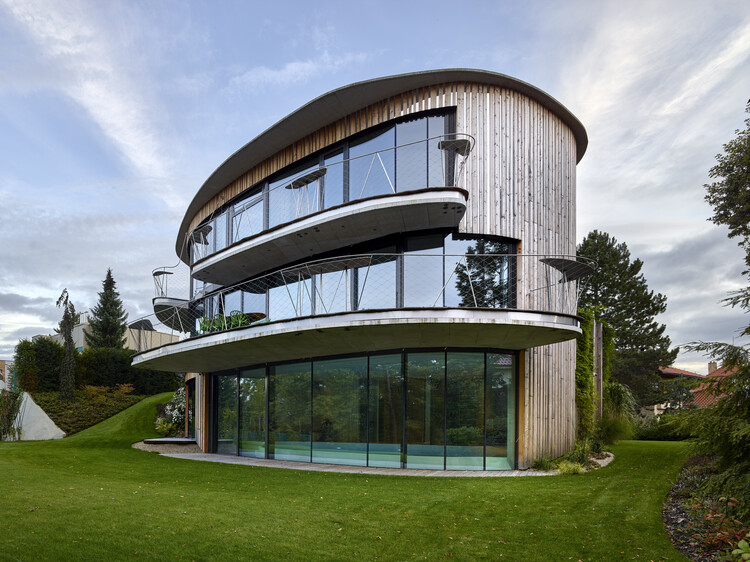 Text description provided by the architects. At the very end of a villa neighborhood, in an area where stand-alone villas turn into low apartment buildings, on uneven terrain, we have designed a round-shaped house with several garden levels. It is located on the edge of a steep slope that leads to the border of a slopy forest, which significantly affected the whole concept.

Part of the house is buried in the hill, which creates a nice garden on the first floor separated from the street by a palisade made of larch beams. This created a pattern of alternating between woods and openings into the garden, inspired the house’s façade, which is made of larch planks and mirroring bands.

These mirror the surrounding greenery and draw in the garden and the adjacent forest. The view of the tall tree crowns then enhances the atmosphere inside the house.

The house is surrounded by balconies and terraces that follow up on the topology of round shapes and also connect the outer world with the top floors. The roof terrace, which is above the tops of the trees, then provides panoramic views of the wider surroundings.