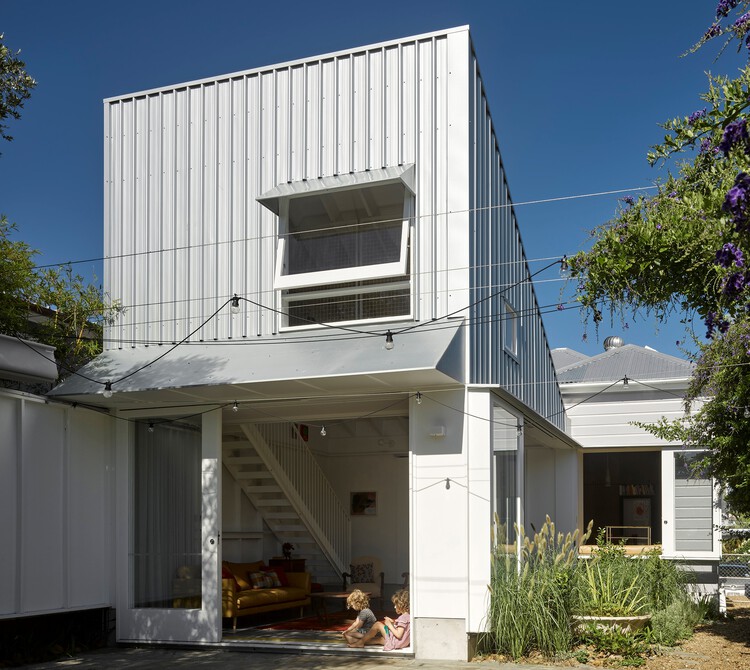 Text description provided by the architects. Annerley House is a renovation and extension to an existing traditional Queenslander cottage that suffered from a poor connection to the backyard and introverted public rooms. The project sought to connect the interior of the house with its garden, a vital space for a family with young children, and one that the existing cottage previously turned its back on.

The proposed extension was conceived of as an outdoor room that when open would become part of the garden and allow for visual connections between spaces and through gardens - the cook in the kitchen can converse with someone in the garden, similarly one of the children reading in the bay window can interact with her sister playing in the living room, and a visitor at the front door can make eye contact with the host in the garden. These relationships not only provide for an interconnectedness, and improved access to light and ventilation, but also allow for a generosity of space within an otherwise small house.

The connections between rooms and with the garden that is facilitated by the project allow the young kids to move freely between indoor and outdoor play, whilst remaining connected to their parent elsewhere in the house. Previously the lack of connection between spaces and interior / exterior prohibited this type of flexible occupation, which is a frustrating condition for a young family.

An emphasis was placed on achieving the alterations and additions with minimal introduction of new built area, and maximizing the preservation of the existing cottage and garden space.  Minimizing new building and overall floor area was key to the client and architect’s approach to environmental and cost management.

The new extension replaced an old lean-to laundry structure, and the new work sought to adopt the expression of a simple but refined garden structure appended to the rear of the existing cottage. The corrugated zincalume external cladding and pitched roof of the upper volume references the adjacent roof of the cottage and the character of a garden shed, whilst the concrete base and stone paved terrace anchor the extension in the garden.

The emphasis on the importance of the garden for the project led to the engagement of landscape designer Jonathan Kopinski, who collaborated with the architect, and particularly closely with the client to design and deliver the landscape design. 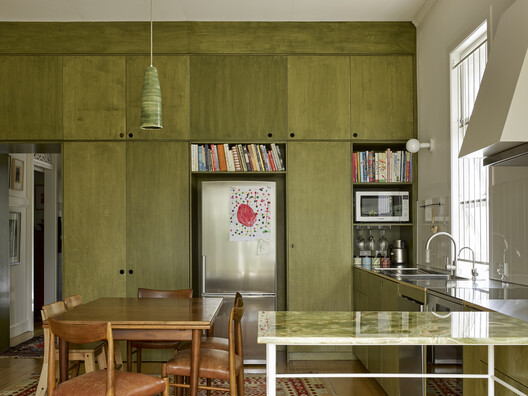 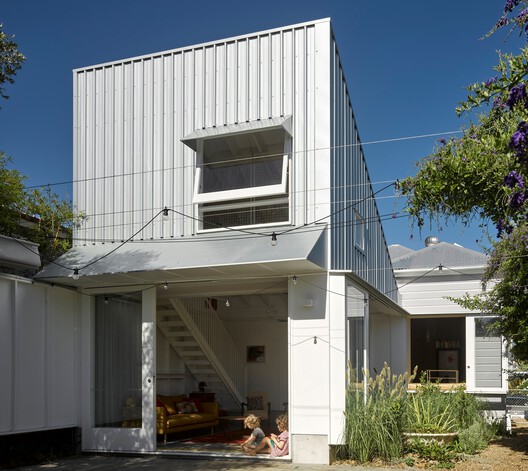