Save
"Dissecting the Politics and Mechanics of Institutions": In Conversation with Russian Pavilion Curator Ippolito Pestellini Laparelli at the 2021 Venice Biennale
Share
Or
Copy

To answer the Biennale's question of "How Will We Live Together", curators of the national pavilions explored what the future would look like in an architectural, cultural, and environmental context. Many saw the future as an entirely virtual environment whereas other highlighted the cruciality of physical coexistence with neighbors. ArchDaily met with Ippolito Pestellini Laparelli, curator of the Russian Pavilion, to discuss how the idea of the pavilion came together throughout the year as a virtual platform for interdisciplinary creative thinkers, the role of cultural institutions across physical and digital spaces, and how digitalization is always part of the conversation. 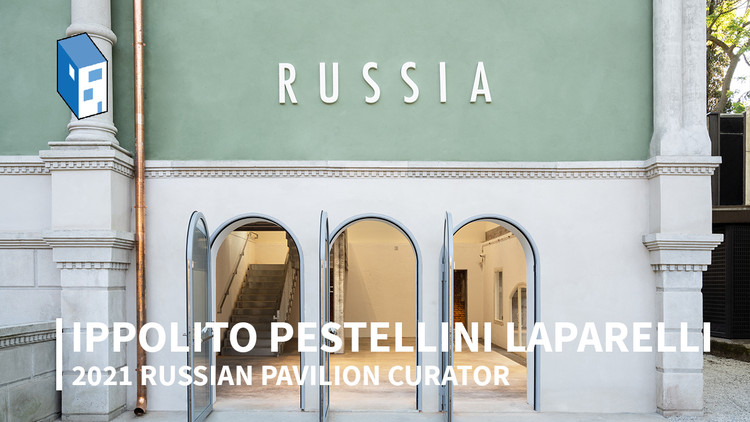 Titled "Open", the Russian Pavilion explored the role of cultural institutions across physical and digital spaces. The project was a 2-year exploration of the public role and social relevance of robotics and digitalization, and for the curator, it was only natural to begin the creative process by dissecting the politics and mechanics of institutions. The curatorial team wanted to abandon the syntality of a single disciplinary approach so the project included an open call over the span of 2 years to allow individuals of all fields, such as politics, engineering, design, and literature, to take part of the process. The online manifestation kick-started a dialogue on coexistence and the functions and values of institutions, turning into an editorial piece on its own.

In addition to the pavilion's research into the role of virtual environments, the program also investigated the physical renovation of its architecture, and where it stands with respect to the Biennale's question. Laparelli wanted to reflect beyond this year's biennale, and create an architecture that projects itself into the future as an act of reconstruction. Ever since the structure's inauguration in 1914, its architecture was a dialogue with the Giardini and the Venetian ecosystem, trying to establish a connection between the built environment, the people, and the environment itself. Based on this approach, the architects of the pavilion opened up all the visual and architectural connections that the pavilion was characterizing.