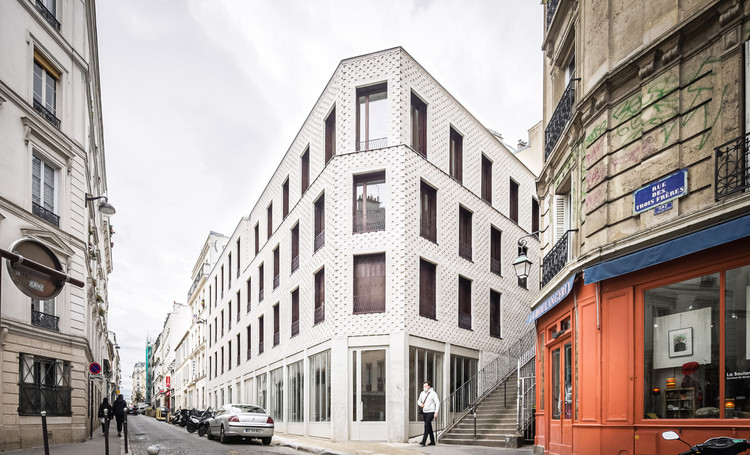 Text description provided by the architects. Near Sacré Coeur, the site is located within a dense urban fabric marked by the steep relief of the Butte Montmartre. A corner plot, one facade is on rue des Trois Frères, another on the rue Drevet stairway.

The building facades apply a faubourg architectural vocabulary to integrate within the neighbourhood:

Clean volumes, subframes that emphasise the facade thickness, white brick with delicate mouldings which converse with the rust-coloured openings give the project its contemporary expression. Each with their own expression in facade, the two shops on the ground floor harmonise with the diverse shopfronts along the rue des Trois Frères.

To render the high-density plot habitable - 14 units in the programme - to increase the facade length, the project provides a central courtyard as well as another courtyard aligned with the neighbouring courtyard. Housing units thus have double, triple or quadruple orientation - kitchens and several bathrooms have daylight. To fully exploit the built volume, duplexes are located in the attics - the roof is also an opportunity to provide additional skylight windows.

Furthermore, the central courtyard creates a passage that enables it to be seen from the street. The courtyard is paved and its white façades, (painted concrete, timber/aluminium joinery, railings and blinds) with many windows, are reminiscent of the adjoining 18th arrondissement workshops.

They increase the day light inside and support false climbing jasmines. Located on the sides of the courtyard are staircase A, with its large landings which could be gainfully shared by neighbours, and the external staircase B, whose grey tone, contrasts with this volume. 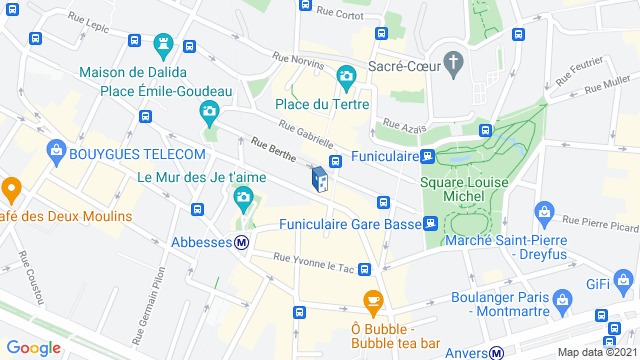 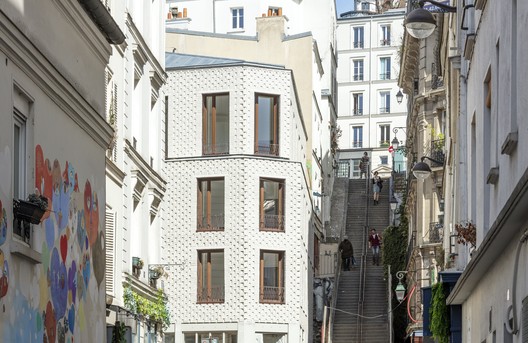