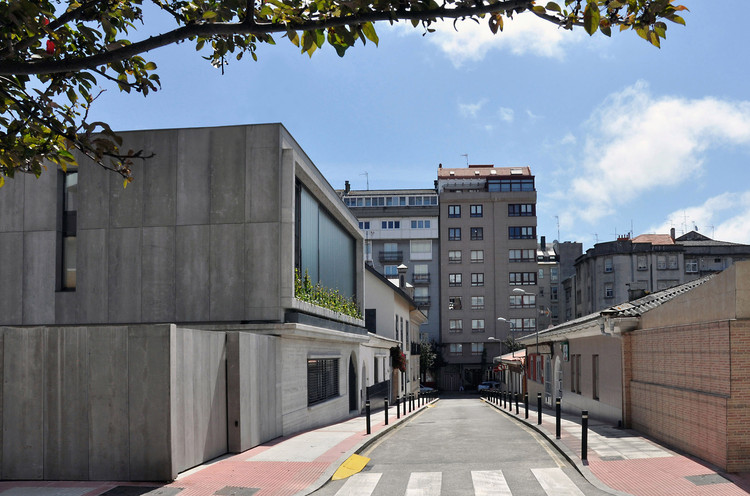 Text description provided by the architects. Contemporary actions in the area of ​​the Colonia de Casas Baratas Juan Canalejo (the 1950s) (as known in Spanish by The Neighborhood of Cheap Houses) have distorted its “typology”, if we understand as a type not only the condition of semi-detached house freed from auxiliary buildings but also a language of the facade that, we insist, found the conditions for an aesthetic uniformity due to economic reasons. Nowadays, there is not a single reconstructed or rebuilt house that maintains the initial composition and that introduces us to an even more complex reality: in the modest Neighborhood, there were buildings with one and two floors, whose design was already resolved on the original project. That is to say: its condition of different heights had already been resolved from the coherence of the project. What happens then, when on an original building of a unique plan, the Master Plan allows building a new one on top?

The owner acquires a legal right on the expectations granted by the General Plan. The zonal regulations establish the conservation of the rhythm of openings in the façade when acting on pieces that originally owned them, whether they are ground floor homes or two-story homes. However, what happens when there was anything before in the place where the first floor is located?

Thus, the architectural factors that turn this exercise of design into a deep reflection regarding what is understood as type are listed. A reflection that not only aims to defend the architectural proposal that is thus presented, but also to serve as a guideline for future interpretations and -even- specific modifications of the Plan. Then, the most recognizable elements of the type "Cheap House with a ground floor in Colonia Juan Canalejo" would be arched access that generates a hallway (still being incongruous with the position of a new staircase that did not previously exist (and becomes unconsciously the starring of the inner space by adapting its shape to fix landings, optimizing the distribution of the house in relation to its holes in the façade), cornice that remains in its original place - instead of moving to the upper floor-, composition of holes and rhythm of the existing floor plan and conservation of the original shape of the roof.

This project does not try to build - seventy years later - another level on top of an existing and uncategorized cheap house floorplan. Rather, an attempt is made to tell a contemporary story about an existing cheap house to which the General Plan grants buildable expectations that did not exist before. When there is no jurisprudence on an untested Plan, both the property and the architect feel pioneers. When a Plan does not compare the text with the reality of the pencil on the paper, this jurisprudence - the practical case - is generated through the real solution of the exercise and the faith and defense of the values ​​that underlie its approach.

It is about thinking over the value that a house acquires when it is placed next to the others. Since invisibility does not exist, it is about coexisting. So that -perhaps-, someone will interpret it in the future, with no other interlocutor than architecture. 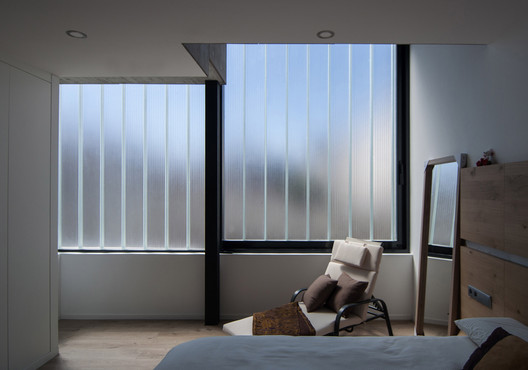