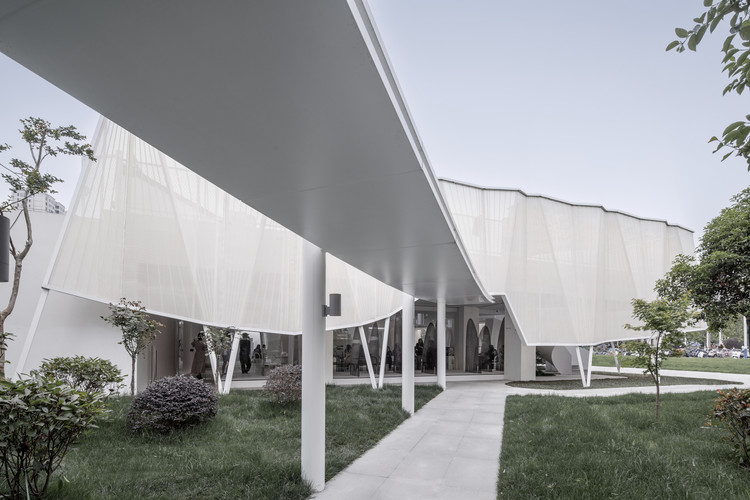 Text description provided by the architects. The building site is located in the west of Yangzhou City by a small river, 300 meters south of Mingyue Lake. Originally, it belonged to the Jinghua City Amusement Park. With the new project reached completion, the last Ferris wheel has been demolished. Although the site carries a wealth of memory just like most urban spaces in China, the status quo is completely blank. Above this blank, a group of new buildings has been erected.

"Urban symbol" is another design clue that we put forward, parallel to "natural narrative". Can those daily functions in the city have a spirituality that transcends daily life? "City symbol" is our approach to the answer. The relatively fixed forms of very few types of urban space, such as theaters, churches, balconies, large steps, etc., have naturally gained memorial properties and can spatially boost citizens’ empathy. However, most spaces in cities are more related to everyday life, for instance, restaurants, coffee shops, gyms, stalls, etc. The "city symbol" we mentioned can connect the two kinds of spaces above. Semantically, the "theatre" here is transformed from a noun into an adjective, representing " theater-like". The properties of the former kind of space are then given to the later ones: "a theater-like cafe". In this way, returning to the daily experience, the cafe achieves certain spiritual attributes that transcend daily life. In this way, we attempt to express abstract meanings in concrete forms, which is still an analogical design method.

Regarding this project, we named it "City living room". The "Living room" here can be considered as a symbol of experience, a place where daily life unfolds. The building is mainly occupied by a cafe, holding various exhibitions and activities all year round. It welcomes different people to visit here and encounter each other. We hope that it remains urban public quality on an intimate spatial scale, becoming a public space with a humanistic spirit. Being a place that cannot be simply defined, it requires flexible building layouts. Different functions reside in different volumes, juxtaposing under a layer of floating light yarn independently, neither friendly nor aloof. Light sheds in through the gap between them.

Looking inward, the grass extends into the building; when viewing out, the messy urban environment has been separated away, with only greenery around. Just as a friend’s word: "You designed a building wearing a skirt."

“Time is forever dividing itself toward innumerable futures.” In Borges's writing, time is an intertwined, confusing web. The complexity of time depends on a free, undefined space. From the plan, the path at the entrance on the south side is divided into left and right, entering two distinct rooms. The large room on the left is homogeneous and flat, with the concrete columns set deliberately towards different angles, blurring the direction and order of the space. The long room on the right is narrow and towering. Light diffuses into the room from all around. The random circular skylight always casts little spots of light in the afternoon.

The building presents an unrestricted strolling property. People can wander freely in it. Except for the main entrance on the south, the small house along the river on the west, and the two small doors on the north are all paths that lead to the building.

A spiral staircase will take you to the roof, and when you step down from the top, there are a few more forked paths. Some go back to the entrance, some lead to the river. If you would like to walk a bit north along the path, you will see the peaceful open water of Mingyue Lake. Ultimately, it is a building of freedom, which can be lived in and travel around. 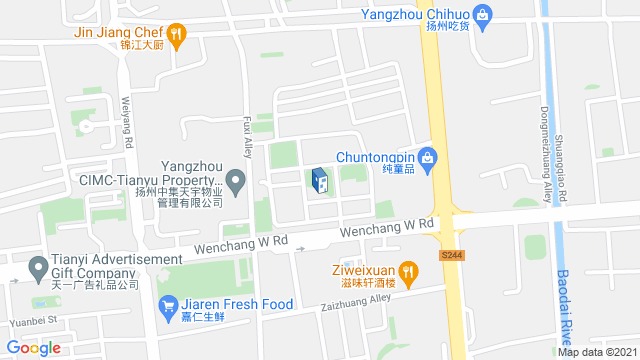 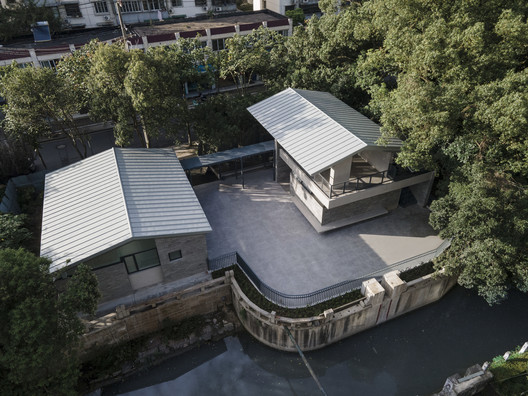 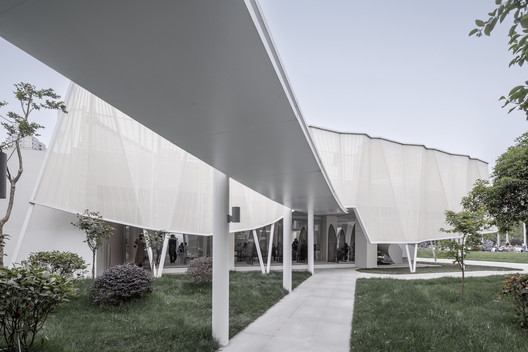