Save
Will Robots Ever Replace Architects? Why Designs of the Future Won't Ever be Fully Automated
Share
Or
Copy

Architecture and automation are two concepts that in the modern era of design and technological advancements go hand in hand- or do they? On one end, there’s a slight fear that “robots will replace designers”, making the profession more automated, and less creative. On the other, technology has made the practice of architecture more efficient in terms of process and cost. How far will technology take us, and will your job ever be lost to technology? The short answer is, probably not.

As architects and designers, it feels intimidating to see jobs in other industries become slowly displaced by technology. Financial services have become replaced by algorithms, travel agents have been long defeated by the rise of travel websites, and even fast food cooks are facing job competition from robots. Some scientists even predict that over the next fifty years, many of the jobs we do today will be replaced by technology. While various software makes our daily jobs as architects more accurate, and different forms of robotics become more widely used to make the repetitive tasks in construction efficient, there’s a multitude of non-quantifiable aspects that humans bring to design that can’t be replaced by the engineering of computers.

Data from the U.S. Bureau of Statistics shows that the number of people who are employed as architects has increased over the last three decades, and the number of drafters (a skill which has seen increasing competition from BIM models and AutoDesk tools) has remained relatively stagnant. Even with the ebbs and flows of economic susceptibility that the profession experiences, the demand for architecture jobs is on the rise, and technology has yet to found a way to replace even a small percent of the designers today. The University of Oxford also published a study on which professions are most and least likely to become automated in the future. Fornuately, architecture measures in at less than 2 percent chance of becoming automated, compared to other professions like telemarketers, sewers, and insurance underwriters, which face a 99 percent chance of being replaced by technology in just the next ten years.

A Fully Automated Construction Industry? Still a Long Road Ahead

The reason that architecture won’t become automated is because of the human skills that the job requires, like meeting with clients, consultants, and the intense collaboration that goes into each and every project. There’s also an aspect of emotion that can’t be registered by computers. When a client is happy, when a contractor disagrees with a decision, or when there’s a dispute over a payment- that all requires a level of emotional intelligence and the need to think and react in real-time. While digital tools assist architects, they only help solve a small piece of the puzzle that encompasses the design profession.

What really draws the line when considering if a job can become automated comes down to measuring how much of the process is repetitive and autonomous, and how much of it requires a dynamic, multi-disciplinary approach. Until computers can automate creativity and replicate the designer’s touch, the job of an architect will continue to be necessary.

NewsArticlesRobotsTechnologyAutomationArchDaily Topic 2021 Automation in ArchitectureArchitecture
Cite: Kaley Overstreet. "Will Robots Ever Replace Architects? Why Designs of the Future Won't Ever be Fully Automated" 07 Jun 2021. ArchDaily. Accessed . <https://www.archdaily.com/962591/will-robots-ever-replace-architects-why-designs-of-the-future-wont-ever-be-fully-automated> ISSN 0719-8884
Save 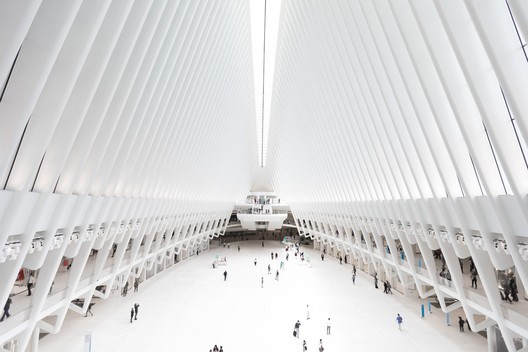