In a Design and the City episode - a podcast by reSITE on how to make cities more liveable – Mexican architect Michel Rojkind talks about running, coming from a musical background, and the responsibility of architects to create buildings that can “give something relevant” back to the community. The interview delves into Rojkind’s philosophy of making sure that architectural conversations are not insular, but instead conversations that take place within a multi-disciplinary context. 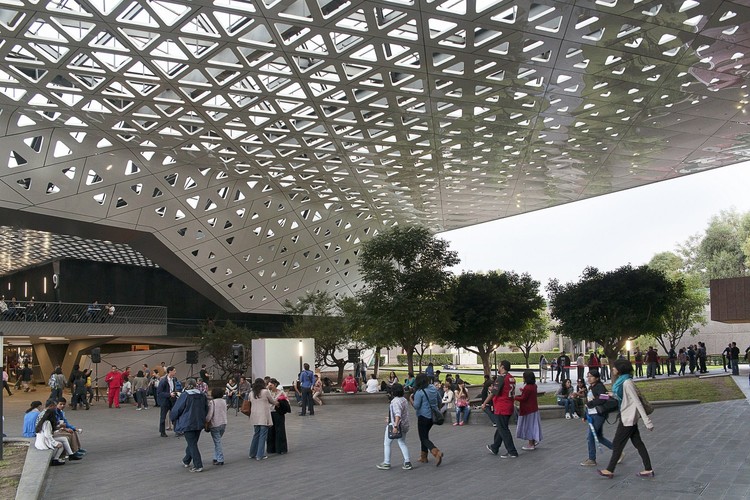 reSITE - a global non-profit acting to improve the urban environment, launched the second installment of its Design and the City podcast earlier this year, with previous guests including figures such as Thomas Heatherwick, Julia Gamolina, and Chris Precht. Covering a wide range of inter-disciplinary topics, conversations on the podcast have ranged from issues such as surveillance and security, to more timely topics such as the aftermath of the Beirut explosion which was a conversation with ArchDaily Managing Editor Christele Harrouk.

In discussion with ReSITE, Michel Rojkind outlines the impact of the pandemic on design – and contemplates how design solutions could move from only “sterilising everything” to instead having designs that connect better with nature or make better use of natural ventilation. He also reminisces on his unconventional route to the world of architecture – a route which saw Rojkind being signed by a major record company at the age of 18. Rojkind was in his first semester of architecture school at the time, and he details how that experience – touring as a band drummer and travelling to different places – gave him a deeper appreciation for the power of architecture and how communities engaged with architecture in different ways.

As a prolific architect and founder of Rojkind Arquitectos, Michel Rojkind then discusses the ethos behind some of his works and the character of his architectural office. Rojkind explains how he is most comfortable working in a mid-size firm, a size which he feels fosters the best opportunities for collaboration and the constant tweaking and evolution of ideas. “By being a middle-sized company, we are able to invite or associate younger offices to play with us or to jam with us” explains Rojkind. In the podcast, Rojkind then goes on to explain the design process behind a few of his firm’s projects, talking about the rationale behind the Nestlé Chocolate Museum and his desire to honour Mexico’s extensive history with chocolate.

The podcast episode also sees Rojkind reflecting on the Cineteca Nacional Siglo XXI project in Mexico’s capital – which he sees as “one of the most culturally successful projects that we have in Mexico City.” Rojkind Arquitectos philharmonic orchestra Foro Boca project also makes an appearance in the conversation, as Rojkind describes how the structure was also able to function as a popular public space – and in turn also able to host events not linked to the orchestra, such as the hosting of a prominent book fair inside the building. So if you want to do something that really does give something back to the community, you have to engage with other aspects”, explains Rojkind.