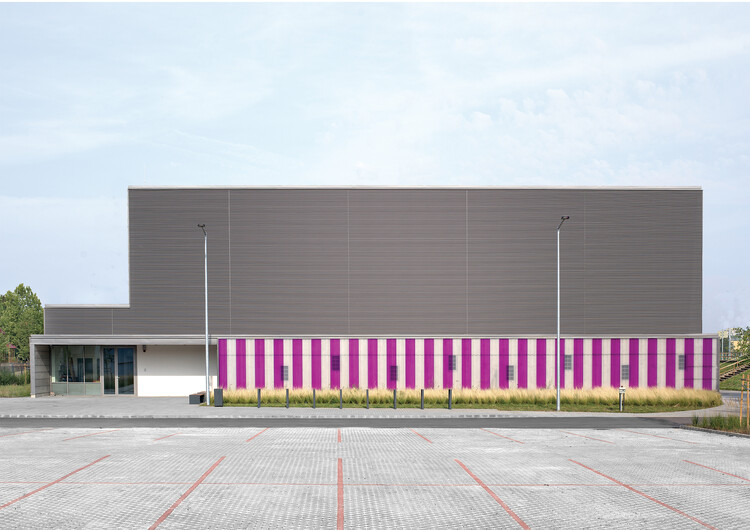 Text description provided by the architects. The building is a multifunctional sports hall built as a development project of the UTE Sports Complex. At the beginning of the design process, already taking part in the programming, our goal was, on the one hand, to make as a universal a spatial structure for the building as possible – so that it could accommodate various events. On the other hand, we aimed at creating a built environment with a strong atmosphere worthy of the past of the prestigious club. The hall was built in the middle of the sports complex, where no morphological associations were provided by the site. As a result of this situation, the building was formed along the architectural logic evolving from its own spatial structure. Thus, a tectonic mass composition was created that dissolves the long-span-dominated spatial scale through its articulation.

According to the architectural program, the building has a handball-size arena, a 300-seat grandstand, a 300-seat mobile stand, 4 changing rooms, a lobby, and a club room. It is suitable for accommodating European League volleyball events, and even for high school ceremonies. Our architectural strategy was to develop a design logic unfolding more from the interior. Accordingly, different functional units should have different structures, different masses, and different spatial atmospheres.

The sports hall has a long-span prefabricated RC structure with mounted walls and large-panel-size openings; while the additional building parts of the lobby and the storages are short-span, masonry structures with window-like fenestration. The colors of the Club and the cool tones suitable for TV recordings prevail in the arena, and the opposite is true in the lobby. The complexity is also projected on the exterior of the building, the mass composition of building units of different scales results in an additive mass form. The structured spatial organization provides a significant reserve for the functional possibilities of the facility.

The extremity of the fact that the building’s boundary structure is only 1.2mm thick has led us in the direction of a specific, dress-up-like architectural logic expressed in the choice of materials. Inspired by Semper and Loos, we have placed the quality of spatial boundaries and their expressive power in the focus of our work, in order to make the materials arranged by our hands aim at the idea of beauty with their expediency and sincerity. The interior is defined by the materiality of the wall structures, the mounting materials, the concrete, and the wood; while the exterior is dominated by the dynamic appearance of the sinewave metal cladding playfully articulated with colored polycarbonate surfaces.

When designing the exterior and interior, we were interested in an honest display of raw building elements, products, and joints, similar to some kind of involuntary DIY. Our goal was to create a balance between the complexity arising from the natural presence of materials and conscious orderliness. Two years of construction gave us time for an in-depth understanding of building materials and for the joint elaboration of the details with such care and craftsmanship unusual in the Hungarian construction industry. 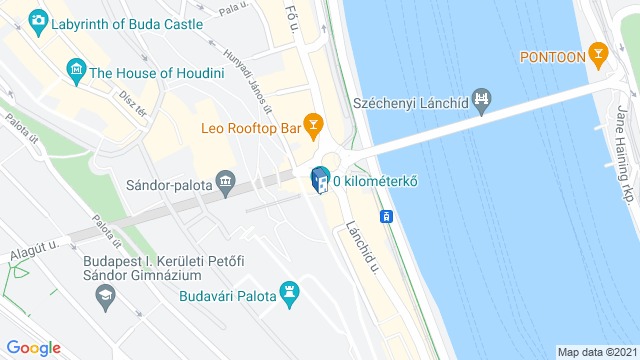 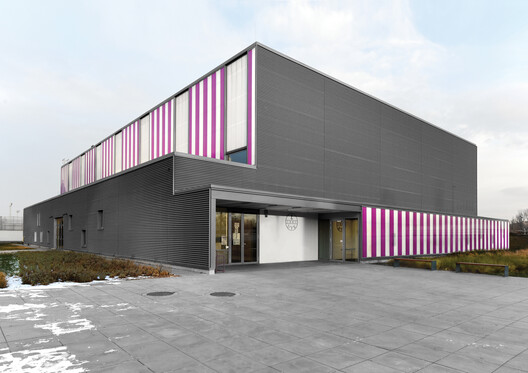