Haworth Tompkins, Heatherwick Studio and Spparc have shared new details of the first major new London theatre in over 45 years. The Olympia Theatre is part of the £1.3bn redevelopment of the Olympia exhibition center designed by Heatherwick Studio and Spparc. The 1,575-seat venue in west London will be operated by Trafalgar Entertainment, and the design includes a five-story building with a stacked auditorium. 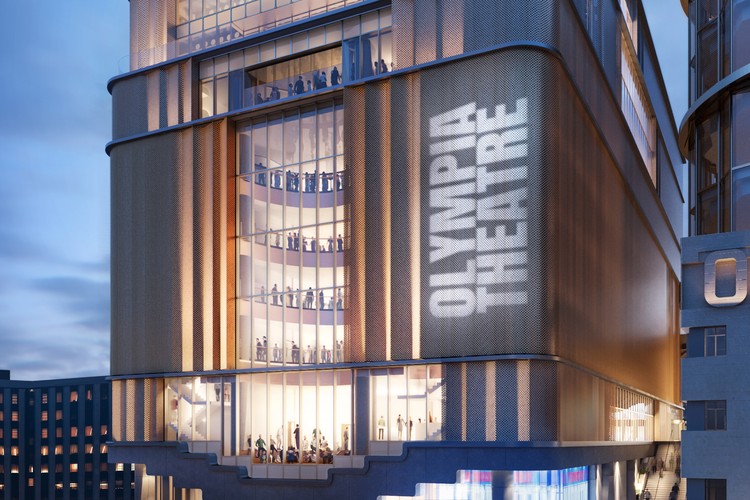 First announced two years ago, the wider redevelopment plans include the site of the existing Kensington Olympia exhibition halls. The project includes offices, studios and co-working space, as well as a four-screen arthouse cinema and a 3,500 seat live music arena. Olympia Central Hall will be demolished, while the Grade II-listed Olympia National and Olympia Grand will be retained.

The whole project is due to complete in 2025. 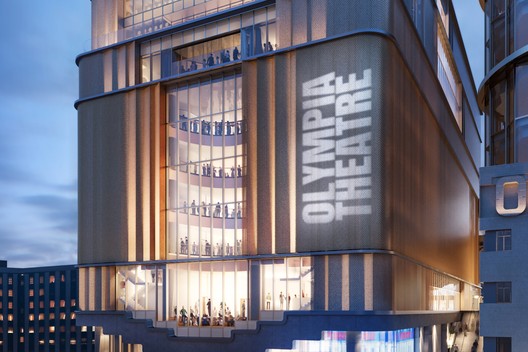