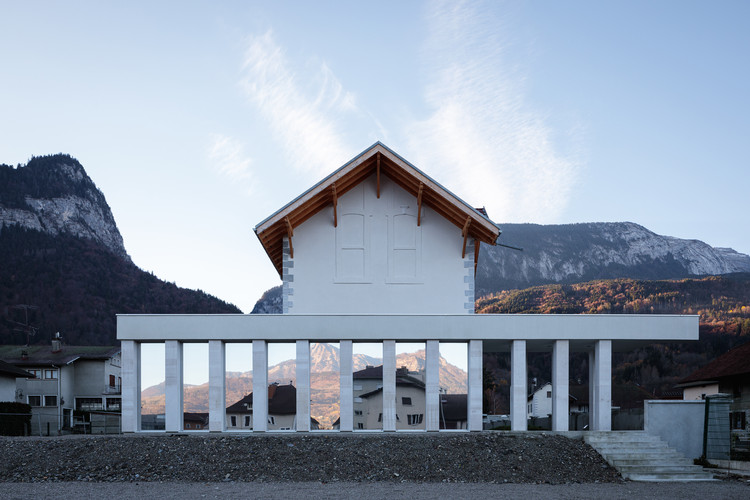 Text description provided by the architects. Alpex Cultural Centre is located in Scionzier, a town in the Rhône-Alpes region of south-eastern France. The project involved the transformation of a former machining factory, with the firm commissioned to extend and convert the building into a new cultural centre, forming part of a broader master plan to renovate and revitalize the heart of Scionzier.

In association with (MAW) scenographer, Atelier Archiplein was commissioned to undertake all aspects of the project, which involved the resolution of sensitive issues inherent in the major transformation of a building designated as a local heritage site.

Colorful past. In the initial stages of the project, a detailed heritage diagnosis was conducted and revealed an original color palette associated with the historic past of the building. The original structure included shades of green, red, and yellow, all of which the firm embraced in restoring the existing façades of the building. The riverside façade was the only original facade visible to the surrounding community at that time, and the emergence of the retro color palette was embraced by local inhabitants during the refurbishment.

A colonnade of stone. A large, open space between the new cultural centre and the Scionzier Town Hall building presented an opportunity to convert the structure’s existing gable façade into the main façade that closes off a newly constructed town square. Using locally-sourced Hauteville stone, Atelier Archiplein designed an expansive colonnade entry porch that reshaped the façade into a stunning new entranceway, signalling the importance and prestige of the building’s new public function.

Extracted from a site located less than 100 km from Scionzier, the use of Hauteville stone reflects Atelier Archiplein’s commitment to using natural, locally procured materials whenever possible. Completion of the Alpex Cultural Centre marks the latest contribution to a series of solid-stone projects in the region in which Atelier Archiplein has been involved over the past several years.

A ray of light. The completed Alpex Cultural Centre offers great ﬂexibility, with radiant, eye-catching beauty defining the service areas of its two main exhibition rooms. Low-arched bays infuse the space with natural light, providing greater ﬂexibility in terms of its potential uses. Sliding along the full length of the structure, the building’s new extension houses a temporary exhibition room. The extension’s saw-tooth roof delivers a further abundance of natural light and is the only element of the design that is visibly exposed to the town square. 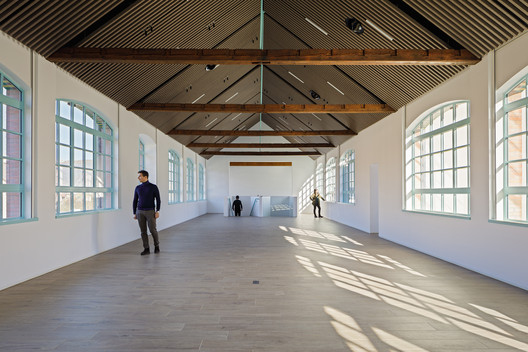