Save
The Rural of Dabie Mountains / HOMME ARCHITECTS 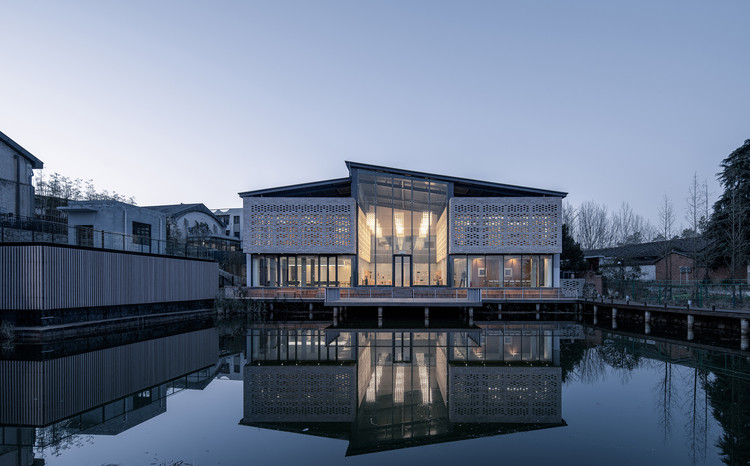 Text description provided by the architects. The Nanwanggang village, under the governance of Xinyang city, has abolished its administrative establishment since the township merging and adjustment many years ago. The entire base consists of two parts - the former courtyard of the township government has fallen into disuse while its adjacent grain reserve depot has been out of service for years. How to re-energize these two neighboring and unoccupied collective assets have thus become the biggest challenge in our design.

The north part of Nanwanggang township was used to be the grain reserve depot. Three granaries were built in the 1970s and 1980s with a short history, becoming the reflection of times under planned economy. Being abandoned for such a long period of time, the entire place was old and shabby and now in some disrepair. The former courtyard of the township government was located in the south part.  Its main building was constructed in a brick-concrete structure using precast concrete floor slabs, which was no longer complying with the current building regulations and required further structural reinforcements and improvements. Although the courtyard has been established for only thirty years and been idle for quite some time, most of the buildings have collapsed.

During the year 2018 to 2020, we were invited as the designer to work together with our partner, Xband for upgrading and re-utilizing this cluster of public buildings that were finally converted into meeting rooms of Dabieshan. The project aimed to activate its values in the new era for villages stepping into modern rural life through the transformation and reuse of these abandoned public assets, while preserving and revealing their original architectural appearances.

The original building was mainly built in a brick-concrete structure with hollow floor slabs and employed construction technologies such as Cyclopean rubble masonry, brick walling, and precast concrete floor slabs. Poor workmanship was observed, and moreover, there were barely reasonable structural elements. Most of them were no longer in accordance with the current building regulations and required structural reinforcements and improvements, which brought substantial difficulties to the design.

The site planning followed the original architectural texture and preserved the spatial scale to the greatest extent. The new forms of operation inspired the entire base to be divided into clustered plazas with different characteristics. A cycling station was set up along the road on the southern side whereby the opening gateway was located. During the operation, it has gradually become a vital activity space for the whole residential area. On the other hand, the township government buildings and the original granary were reformed into hotels and conference centres which emphasized on privacy at the northern side of the yard. The open field and water area on the eastern side were reconstructed into a shared vegetable garden and a picturesque waterscape respectively. Through a series of methods such as localized parts on silts, building renovation, and topographic analysis, combined with the reorganization of traffic flows, the two originally unconnected and independent building clusters were closely integrated into two major interconnected courtyards. In addition, the landscape design managed to well preserve the large trees from the original site.

Looking at the north side, the three granaries built in different times were not able to blend with the original building form and elevation appearance. Considering their characteristics, granaries were subsequently renovated to shared restaurants, barn-homestays, and conference centres.

The No. 7 granary adjacent to the government building appeared long and narrow from the plan view. Its outer wall was made of red bricks and then started to appear settlements and cracking. While the team made an utmost effort to retain its unique structural logic and spatial prototype in the old days, effective reinforcement has been achieved by installing the functional windows based on the original structure and implanting the concrete cylinders to the building facades, which showed glints between the old and the new. The raised concrete cylinders, the original building façade, and the newly added cold-rolled steel windows frames and cornice were integrated into an organic wholeness to connect the entire northern and southern spaces. Through the partial overhead expansion of the township government office building, the narrow space between the original granary and the government building has become a semi-private transitional plaza.

The most impressive architectural feature of No. 8 granary was its unique juxtaposed single-span masonry arched roof. The architect kept the original shape and style of the vault. The openings of façade windows were redesigned using cold-rolled steel, and the interior space was transformed into five LOFT homestays with different spatial themes. As a feature of historical preservation, the vault was created into space with strong historical elements while meeting modern needs. Solid wood panels and raw cement were chosen for the interior space, which combined with five courtyards partitioned by natural bamboos has created a calm and warm indoor atmosphere over the original cold industrial building.

The No. 9 granary with large depth but in poor structural conditions was renovated into a large-space conference center. Through a similar renovation concept in the No. 7 granaries, sculptural concrete cylinders with a strong public characteristic were added as the core transportation of the entire building, while outwardly expressive the building's openness. Connecting the conference center on the second floor to the northern courtyard through the extended bridge, allowed a direct dialogue between the building and the courtyard as well as reflected the elevation uniformity of the northern courtyard

The three buildings on the south side adopted clay red bricks, the main material that blends with the surroundings of the site. In order to distinguish it from the residential buildings and to appropriately reflect its public property, the cycling station made use of the exposed structure to extroversively express a stable sense of order that was akin to the surrounding. The exhibition hall and the water bar were built in masonry bricks with various displacements and enclosed by the side-opened spaces. The design allowed the elements of gardens from South China to integrate with buildings from the North, as well as fitted with regional characteristics of Xinyang where northern and southern cultures were fully blended here.

The township government building was used to be a corridor-style building with an original corridor on the south side and rooms facing the north for daylighting. In order to fulfill the function as hotel guest rooms, our architects designed a new traffic corridor and evacuation ladder on the north side. As such, the original corridor was designed to operate as a south-facing balcony and large bay windows, creating south-facing views to every room. The scattering suites brought new rhythms and changes to the elevation order of the original modular rooms. The original government building was made of white materials, and such colour was preserved by using white paint during the renovation. The contract between the white building surface and the red bricks on the south side illustrates its unique building form and functionality. 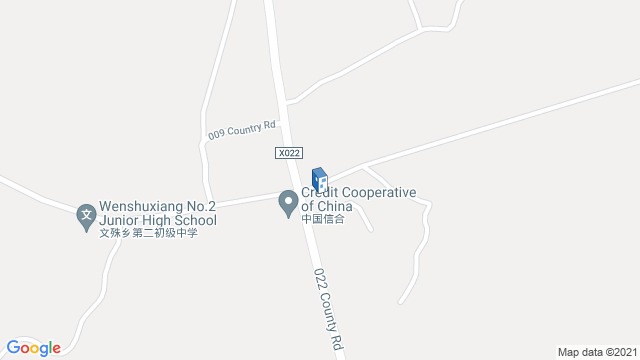 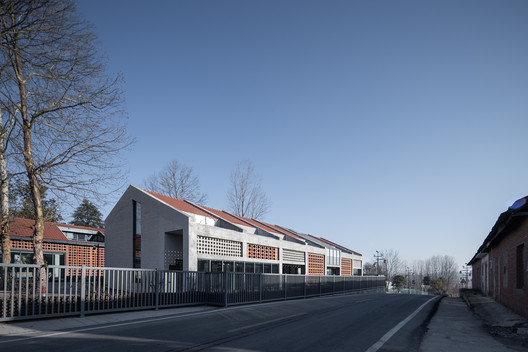 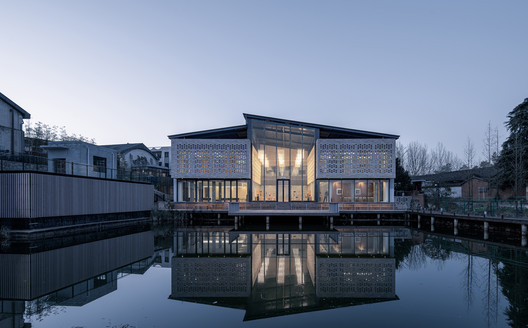