The Hungarian Pavilion at the 17th Venice Biennale explores the often challenging socialist architecture and looks at how this heritage could be reconsidered and given a new future. Titled Othernity – Reconditioning our Modern Heritage, the exhibition curated by Dániel Kovács presents twelve iconic modern buildings of Budapest and the visions of twelve architecture practices from Central and Eastern Europe for their reconditioning. The Hungarian Pavilion's project looks into how architecture can build on its past to foster resilience, sustainability and strong cultural identities. 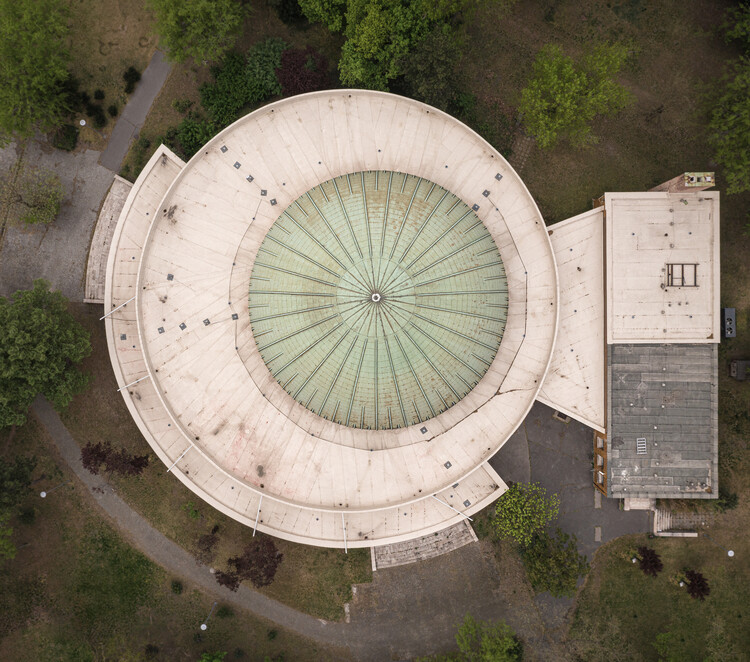 With social changes and the move towards a sustainable built environment, the modernist heritage is facing an uncertain future, especially in Central and Eastern Europe, where this particular architecture is also interlinked with the socialist past. The Hungarian Pavilion project aims to shift the narrative around the often vilified socialist modernism and spark a constructive conversation around the valuable lessons and meaningful parts of this architectural future that could be carried on into the future.

The Hungarian Pavilion's contribution to the biennale is a collaborative project researching the possibilities for reconditioning and protecting this architectural heritage. The curatorial team invited twelve architecture practices from Central and Eastern Europe to reimagine twelve iconic buildings in Budapest built during the socialist regime that holds value for the local community but have fallen into disrepair. The invited practices share the same historical background and understand the social, cultural and architectural implications of socialist modernism.

The Othernity for us is such a new, collaboration-based method, which helps us rethink our practice of heritage protection and, at the same time, it is such an architectural behaviour that can create a more responsible attitude towards profession and society.- the curatorial team of the Hungarian Pavilion

The curatorial project constructs two narratives, understood only in connection to each other. The LABOR section of the exhibition documents the history of the twelve buildings, highlighting their individual values. At the same time, the SHOWROOM presents contemporary architectural reflections, which articulate a new perspective on this particular architectural heritage. The exhibition catalogue also features a study by architecture critic Edwin Heathcote (London) and professor of architectural history Ákos Moravánszky (Zürich), which puts the project into a broader historical context.