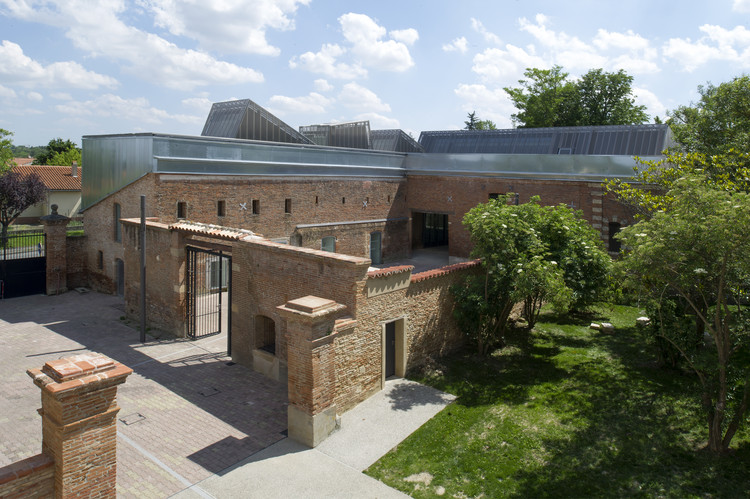 Text description provided by the architects. Grouped together to create a new centrality, an activity center, a nursery and a music school allow the preservation of brick buildings, completed with glass and metal facades. More than a contrast, the modenature game gets everyone talking.

The Château de Soule is a typical residence of Languedoc farmhouses, whose accumulation of outbuildings and agricultural buildings had perverted the structuring interpretation of the courtyard; Moreover, it is singular that only the dovecote, located further south, has been classified as a historical monument. Opening to the north onto a park of bicentennial trees, the building benefits from an exceptional landscaped setting, reinforced by the parsimonious interventions of the landscape designer Anouk Debarre. Long neglected, the main building began to deteriorate seriously.

And we must salute the city's energy in reconverting this heritage, resisting the temptation to create a housing estate; part of the project management studies were devoted to regrouping the plots favoring the constitution of a new epicenter for the Coteaux Sud district. Winners of the competition in early 2010, the architects fed the program by instilling a new urban dimension; They detected the poetic and institutional potential that the old court could revive in the inhabitants.

But for the void to qualify a space, the architectures surrounding it must still assume their full thickness, especially since in total they only add up to 2,100m2. The activity center, serving as the house of associations, occupies most of the castle. A nursery is concentrated in the west and uses the template suggested by the high wall saved. The music school is laid out in an L-shape at the south-eastern corner of the courtyard. Taking advantage of the presence of other remains to define its private spaces, the school also has a semi-covered anteroom where the playing of instruments takes on a particular sound. This part of the project is deployed in R + A and its roof swells to integrate skylights and technical kiosks

Diaphane Envelope. The old brick walls were precariously balanced, the period frames contributing to their bracing. The interventions of Ballot and Franck have never been in contradiction with this diagnosis. They have been developed so that the spaces are defined as much by the imprint of the brick sections as by the diaphanous envelopes of the extensions. Many in-between are born from this method of composition. Vertical expansions give smaller surfaces a spatial generosity that reinforces the impact of the materials, such as in the quiet activity room of the nursery, or the hall of the music school.

First imagined in tiles, the roofs today assume a frankly contemporary aesthetic. They have no element that reveals their technicality and are composed following the abstraction of metal filters assembled on a gentle slope. In contact with the old walls, a smooth galvanized steel cladding provides a variety of reflections, matching the tones of the raw aluminum of the roofs. It reveals the thickness of the creepers which decompose in several layers, so as to leave a real buffer space between the waterproofing and the outer aluminum foil. Like an air cushion, this space acts as a thermal shock absorber. The same cladding is available on the front in the foreground of the large windows.

The perforation rate then fulfills the function of solar shading, without interfering with the entry of light. Above all, the metallic skin shows V-folds which create a play of light that diffracts many rays of the sun. These sheets surround the kindergarten, defining a new intimate courtyard, accompanied by long pre-auxes. On the R + 1 of the music school, they camouflage the thickness of a double facade, useful as much to break the solar radiation from the south as to minimize the proliferation of sounds emanating from the music rooms. This passageway floats above the natural terrain. It also illustrates the subtle relationships that contemporary interventions have with the landscaped site, as a counterpoint to the mass relations established by the old brick walls. 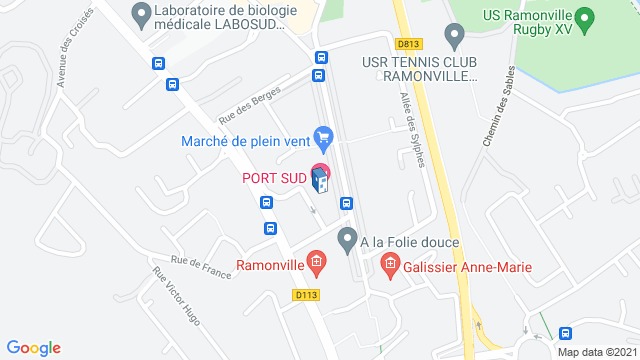 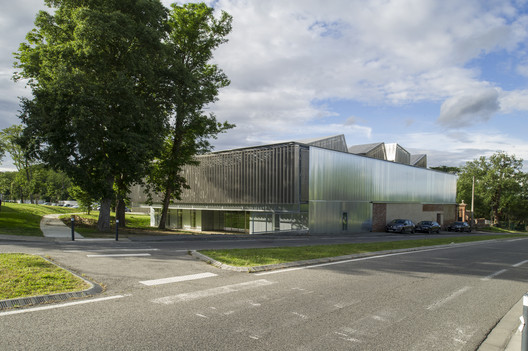 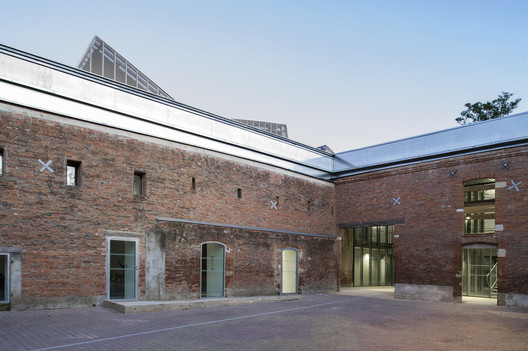 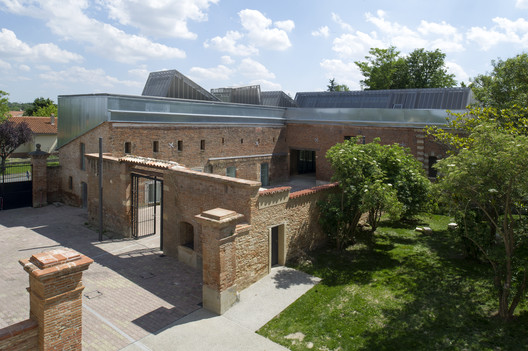