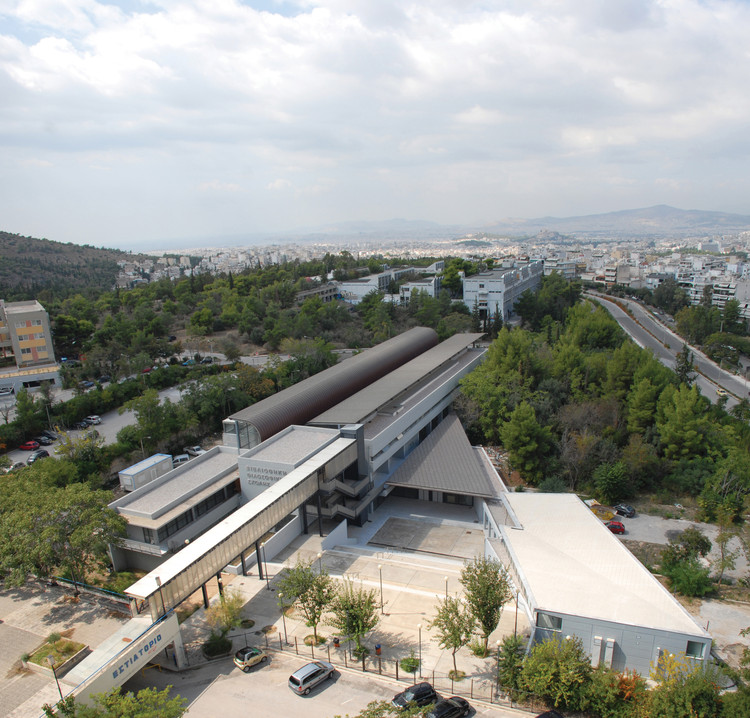 Text description provided by the architects. The Library is located on an inclined landscape at the foot of Mount Hymettus. Its dynamic crawling form extends linearly and functions as a spatial element between the School of Philosophy and the School of Theological Studies. It sits at a lower level than its surroundings, highlighting its roof, which contributes to the building’s symbolism.

The symbolism of the building is expressed by the plasticity of the curved copper roofs, reminiscent of open books, and the strict rectangular rare books room which protects, like an ark, its valuable content. The longitudinal bridge, which connects the Library with the building of Philosophy, intensifies the linear dynamism. The access to the building takes place through a triangular stepped courtyard, a hopper, defined by the volume of the amphitheater and the seminar room. As an in- between topos, it acts also as an open amphitheatre for informal everyday students’ events.

The building consists of a main corpus while smaller volumes are articulated around it. It has four levels above ground and one basement. The entrance of the library, a permeable lobby, with its floating triangular canopy, connects the courtyard with the landscaped grounds of the campus. The wall of the lockers’ section defines the space, and turns the gaze and the body to the core of the library. Entering, we perceive the structure and organization of the whole space:

-The long, multi-storey space, which unfolds linearly with its functions organized in parallel zones.

-The generating element of the building, a long array of columns, which gives a rhythm to the space, supports the two emerging curved elements which form the roof. The surfaces of these two elements direct the sunlight via reflection to the center of the room. The colonnade and the roof are the dominating components in the expression of the interior’s spatial relations.

-The long bookshelf, the “wall of books”, runs the entire length and height of the building, highlighting the function of the library. It separates two distinct areas, the reading rooms, and the book stacks, and defines the axis of circulation.

-The two big reading spaces, for magazines, with direct access on the lower level, and for books on the elevated platform, which floats open in the space, express the function of the library also as a place of meeting and communication. The Musical collection archives and listening room is located at the end of the magazine reading room.

On the higher levels and the edge of the building, there are the enclosed group reading rooms, on the north side, and the carrels, on the south side, with views to the Hymettus Mountain. Additional volumes house the offices of the administrative and technical staff, which expand in their own courtyard-patio. The amphitheatre and the seminar room is an autonomous functional unit that defines the amphitheater courtyard access. A service entrance is located at the south side of the building, and is combined with the car park.

The aim of the design was to create an emblematic building with clear symbolism - appropriate to a campus library - harmoniously integrated into the landscape and related to the built environment. It resulted in a longitudinal building with the section as the generator. The extended linear array of columns carries the “wings” of the roof which act as a cover and at the same time reflect the sunlight, creating the desired ample, bright interior of the open reading rooms. The connection with the School of Philosophy and the direct access to the lower library level has been resolved with the protected bridge, which intensifies the linear character of the building. The broad staircase gathers and directs the movements.

The building has a concrete frame, the main structural material used in the Greek building industry. The material is also featured exposed in several elements of the building, on the central colonnade, the south façade and on a lesser extent on the north façade. Metal elements are used in structures that require greater flexibility and fineness, like the curved roof, the triangular canopy of the entrance hall, the interior and exterior bridges, the suspended staircases, and the support of the extended glass surfaces.

Glass is used on the balustrades.

The floors are from cast self-leveling plastic, resistant to heavy daily use.

The exterior surfaces are dominated by copper cladding of the roofs and dyed exposed concrete.

The selected surface materials are considered suitable both for their aesthetic performance as well as for their durability in use and ease of maintenance. 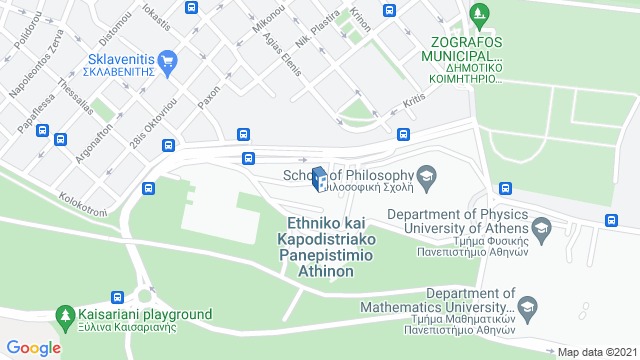 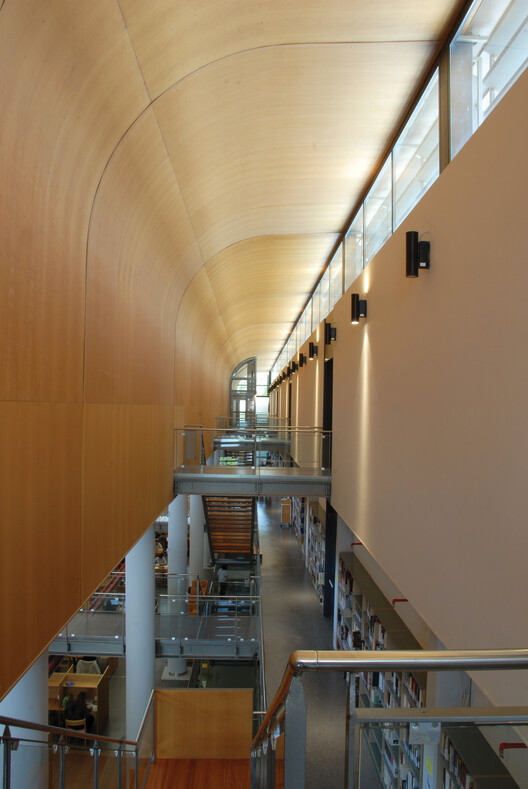 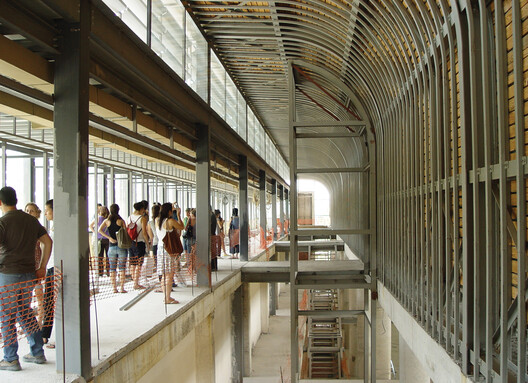