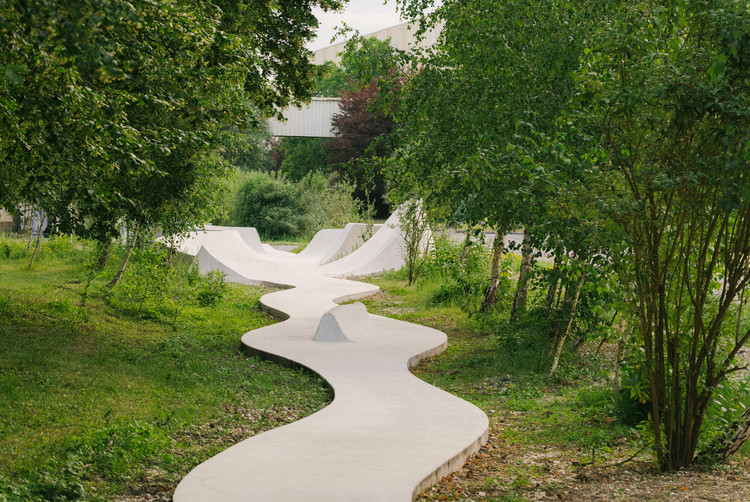 Text description provided by the architects. For 10 years now, MBL architectes has been working on the progressive transformation of a former industrial mill in Boissy-le-Châtel, France, into a contemporary art venue for Galleria Continua. Started in 2013, the project aims to maintain and preserve the industrial wasteland, typical of the site. Residues of fallen down constructions, underlined by the presence of horticultural plants and the development of wild endemic species, merge and grow alongside the diversity of industrial buildings.

The project for Skatepark Continua follows research conducted on the spaces produced by skate cultures, which resulted in a publication and an exhibition at Villa Noailles in Hyères, France, in 2016. This research helped us understand the structuring role that a skatepark can have in the development of a territory. Unlike what one could suppose of such specialized equipment, skateparks do trigger the gathering of a diverse population.

A meeting point for children and parents, a playground for the practice of all sorts of rolling sports, and a space for the most assiduous training of skateboarding, skateparks build temporary communities, as well as lasting friendships. Their ability to generate a form of “public life” made the construction of the skatepark on this site so relevant in the first place. It brought a new public to the premises of the gallery, not always familiar with contemporary art, and offered a gathering space to nearby residents.

The construction of Skatepark Continua explores the possibilities of wet concrete. On the site itself, metal frames were assembled and welded. Fresh concrete was sprayed directly onto metal reinforcement, then pulled and smoothed to the desired shapes before it set. Mainly empirical, the fabrication of the skatepark is largely due to the dexterity of the mason-skaters in charge of giving it shape. The construction site was conducted in the manner of a performance that celebrated the encounter of a project and a site.

While designing this project, a desire emerged to explore the fluidity characteristic to the first skateparks of the 1970s. In pre-digital times, the found or constructed forms of early skateparks prefigured the geometry that parametric architecture would manage to model and popularize at the beginning of our century. The project explores this prehistory, the empirical premises of non-standard architecture.

Designed as a continuous strip, avoiding any rigid delineation, the skatepark is meant to be a structure for the landscape. Stretching along the old railway tracks that cross the industrial site, the skatepark is immersed in trees and bushes. It connects buildings on this distended territory. The curved lines of raw concrete subtly outline the shadows of lime trees, poplars, birches, and buddleias. Without any form of preconceptions about its design, the shape of the skatepark adapts to the specificities of the ground and the existing vegetation. 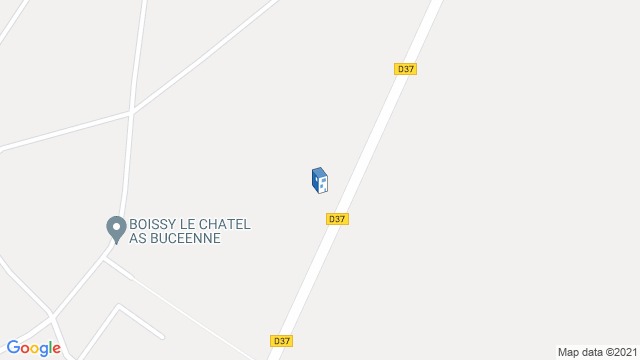 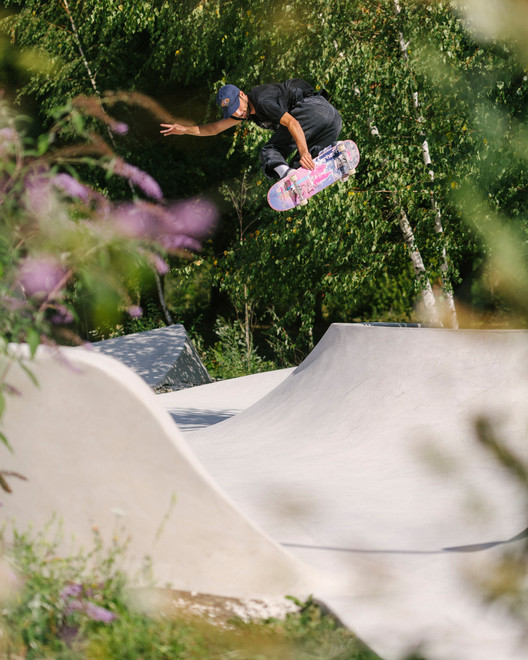 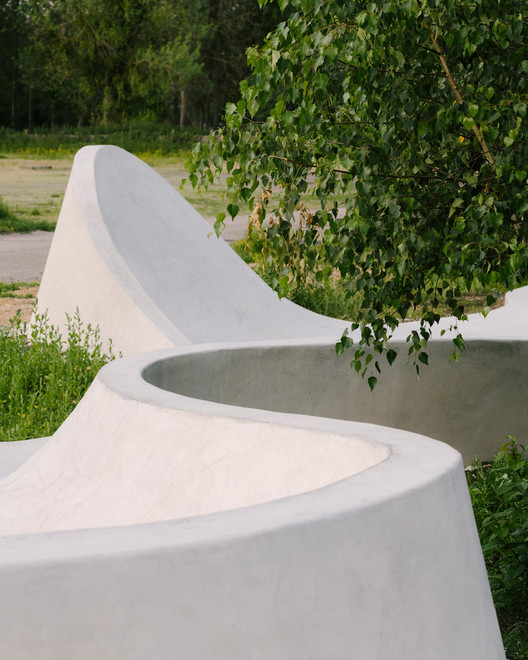 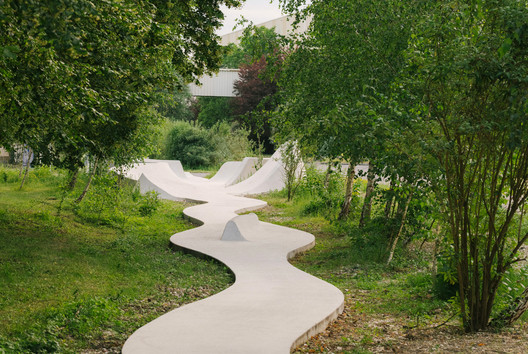