Town halls and civic architecture are defined by spaces for gathering and focused work. Located in urban centers, they bring systems and people together. As one of the most diverse nations in the world, Spain balances a respect for history with an optimism for the future. Exploring environmental, social and economic impact, town halls represent emerging Spanish design culture and local values. 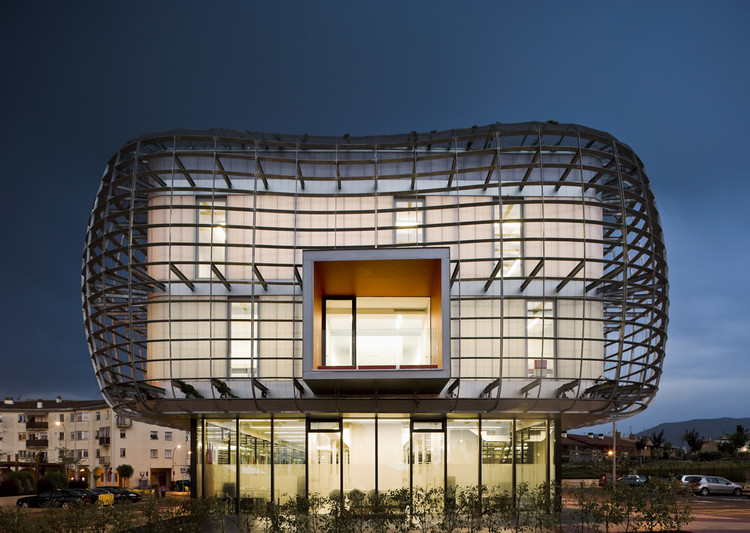 Expanding on culture and society as a genesis for design, the following work represents a foray into the public realm through Spanish town halls. Drawn across different regions in the country, they each show how designers are experimenting with new ideas on gathering, assembly and tradition. Using form and space to shape policy and interaction, these town halls include multiple programmatic combinations. While varied in scale and complexity, they all were made with contemporary approaches to surface, envelope and enclosure. Together, they give insight into Spain’s public forums through a material language.

The initial considerations about the project of a new Town Hall in the historical town center revolves around two opposite conditions: the integration of the new building in the urban fabric versus the singularity demanded by its representative condition. The response of the project is articulated around three related mechanisms: the abstract composition, the scale and singularity of the hollows, and the use of the void as a space generator. The void actions operate at three levels.

The Vitoria-Gasteiz Council wanted to concentrate all the services that deal with citizens’ affair in one single building. The starting point being the unique character of such a facility, with an important significance for the citizenship, the team thought it necessary to set ourselves apart from the residential urban mesh alignment and in doing so, establishing the formal strategy of the project. They pursued an urban link with the foundational mesh in the old quarters, the mediaeval core.

The new headquarters of Bilbao City Hall in San Agustín, is situated in front of the back façade of the Neobaroque Palace that holds the present Town Hall, built in 1892 by Joaquin Rucoba Architect. The recent building contains the technical offices of the Town Hall. The historic building will keep the representative image of the city corporation and the headquarters of the Mayor.

The City Hall building stands near the edge of the platform that, occupied by the historic quarter, juts out towards the river and faces Montserrat. The main facade overlooks the central city plaza, and is the terminus of the main routes that cut through the historic center. The back facade occupies the limit, where the topography drops rapidly down towards the river.

The new Noain City Hall is equipped with passive and active systems of energy saving. The development of both systems was included from the early stages of design, so that the final outcome of the building is clearly determined by their presence. The project has been subject to an energy rating, resulting in a 60% saving. The project is conceived as an addition of layers. The center of the building is an empty space, covered by a skylight that introduces northern light to all the circulation spaces.

This town hall extension is intended to be a clean, flexible and clear in the circulation, with care spaces and comfortable, well-lit, and naturally opens to the side streets. The structure of this building is made of steel, columns, beams and slabs of sheet steel, alternating with concrete screens around the perimeter. Floating floors allow passage and connection facilities, wood partitions, glass and polycarbonate, false ceilings and wooden panels with suspended slabs.

The Baeza Township Project has been read as a unit in a duration, as a constant change process where the new design has been thought as an additional stratum, as the last sediment layer in time the building has created. The thought about the temporal process of architecture is fundamental. The Baeza Township Project is entwined within the concept of architectural durée. It is designed thinking about the additive condition of the site, in the quality of change as the substance of the project and as a part of the character of the building in time.