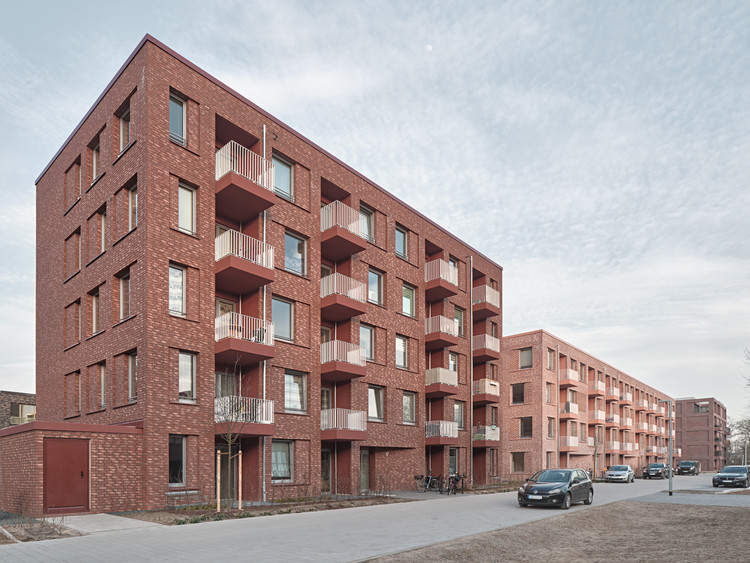 Urban planning and architecture. The apartment building with 56 units, divided into two houses, is the result of an architecture competition in 2018. The area of ​​the planning area covers a total of approx. 6 hectares and is located in the Hanover district of Groß-Buchholz. Previously, the area was used as a hospital. In the course of structural changes, its use as a hospital location was given up in September 2014

The urban development situation at the southern entrance to the residential area shows a certain form of urbanity compared to the other areas, as public facilities have been placed here with the conversion of the existing hospital chapel as a meeting place and the planned daycare center. It is already created through the use of brick as the facade material, as well as through the facade elements combined with the windows. The slight setback or inclination of the elements in relation to the two-dimensional primary structure creates a sculptural overall impression of the brick facades.

With the generously designed form of the building entrances due to the one-sided inclination of the wall sections at the house entrances, the topic of address formation is given the appropriate expression. At the same time, the entire ground floor zone of the building is given a creative expression that distinguishes it from the other floors.

Facades. The facade of the project refers to the strong brick expressionism in the urban development of Hanover. A regular facade grid forms the basic structure for residential buildings. Depending on the orientation and size of the room, the window openings are filled with reveals of different widths, staggered or set back. In this way, the window sizes can be adapted to the energetic standard of the respective house, or the requirements of the space behind, and at the same time, each building receives its own character. The bevelling improves the incidence of daylight on the south-facing side of the building.

The fields optically enlarge the openings in the facade and the staggering of the brick exposes the smallest part of the facade: the stone. The facade lives in particular from the play with light and shadow, the 3-dimensionality and its sculpturality.

In numerous plaster studies, the decorative masonry of the reveal areas was matched to the window openings. The basic color of the bricks is the same for both houses. The different duration of the firing process of the stones, the gradations in the glaze, and the different joint colors result in a slight color change on the buildings. In the same design canon, but with different use of the same or similar design elements and colors, the two-building sections with the chain house and the point house together define the character of the urban situation in the immediate vicinity. 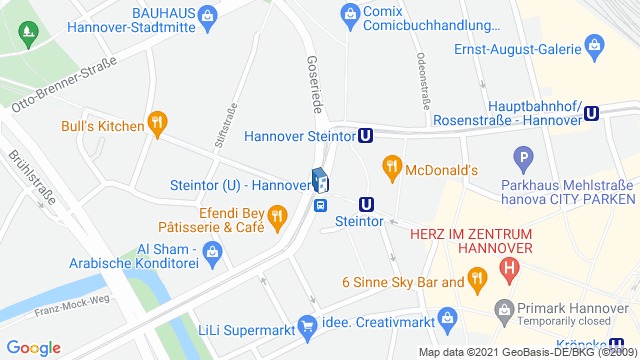 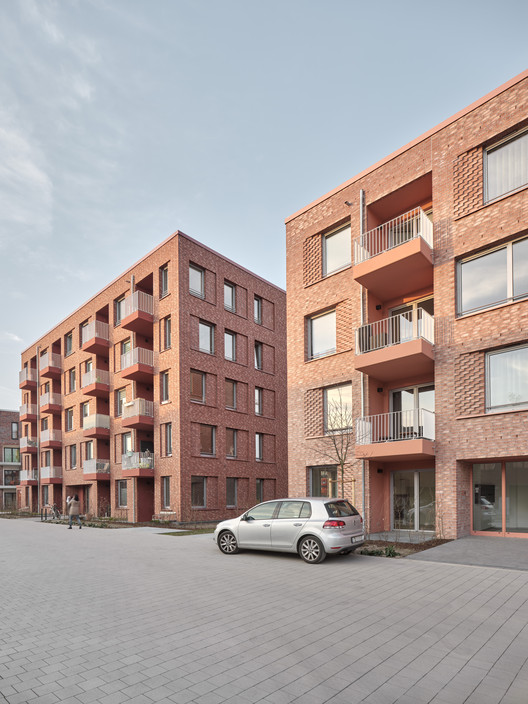