The Fundació Enric Miralles has launched MIRALLES, a series of exhibitions and events celebrating the work of the influential Catalan architect, whose passing marked twenty years in 2020. Curated by Benedetta Tagliabue and Joan Roig i Duran, the program will unfold over the course of this year in different emblematic venues in Barcelona. The first three exhibitions of the circuit inaugurated this month showcase the multiple facets of Enric Miralles through archival materials ranging from drawings and collages to photography and models, exploring his legacy in architecture and artistic creation. 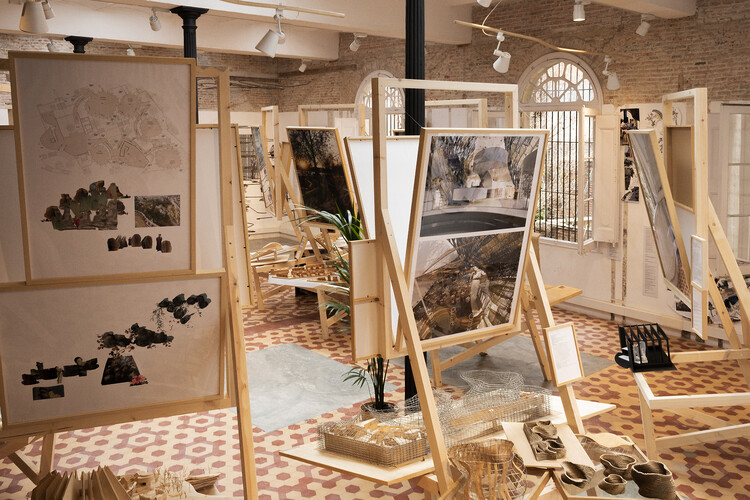 The exhibition MIRALLES. A quarts de quatre ... showcases the architecture of Miralles through four built projects that make up the essence of his work, each representing a milestone in the evolution of his design: the Igualada Cemetery Park, the Huesca Basketball Pavilion, the Santa Caterina Market and Neighborhood in Barcelona, as well as the new Scottish Parliament in Edinburgh. The exhibition comprises sketches, models, drawings and photographs that illustrate the architect's creative process.

a meticulous research effort has been made within the archives to find those documents and materials that can best explain Miralles to the general public. It is not a tribute made from a distance; it has been thought from the front line to make it accessible to everyone. - Joan Roig i Duran

Curated by Salvador Gilabert Sanz, professor and project manager at Miralles Tagliabue EMBT, the exhibition MIRALLES. Photos & Collages highlights the importance of these tools in the architect's work. Miralles used the technique of the collage to document the context, conceptualize and elaborate designs, as well as to construct and re-construct his projects. The exhibition presents almost 170 collages from the archive of Fundació Enric Miralles and uses a support designed by the architect in 1995 produced for the first time for this exhibition.

The third in the series of exhibitions is MIRALLES. To be continued ... which shows the work. Miralles Tagliabue EMBT created during the last twenty years, highlighting how Enric Miralles'legacy shaped the studio's direction to this day. The event is both an overview of the studio's ongoing activity and a tribute to the late architect. Projects are shown from conception to completion through screenings of lectures, various documentary videos, interviews, photos and sketches.

Enric Miralles is considered the most emblematic figure in contemporary Catalan architecture, whose work evoked a deep understanding of the context and a specific architectural language. Throughout his career spanning only three decades, the architect received numerous accolades, including the Golden Lion at the Venice Biennale of Architecture in 1996. Miralles thought in Barcelona, Frankfurt, and at the most prestigious universities in the United States such as Harvard, Columbia, Princeton, and Yale.

[the tribute] not only wants to remember the human and professional figure of Enric Miralles but also wants to keep the spirit of the visionary, of the experimentalist, alive, as a way of working and seeing the world. And to leave his legacy also for the future generations. - Benedetta Tagliabue

Forthcoming events include MIRALLES. Perpetuum Mobile, focusing on the furniture and objects designed by the architect, MIRALLES. Converses, a series of talks with international guests and MIRALLES. A l'escola, highlighting the teaching activity of Enric Miralles. The events are organized by Fundació Enric Miralles, with the support of Barcelona City Council and the Generalitat of Catalonia and in collaboration with the Barcelona School of Architecture (ETSAB), the Architects' Association of Catalonia (COAC) and the Miralles Tagliabue EMBT architecture studio. 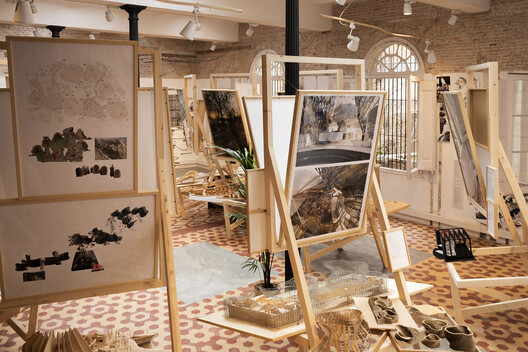