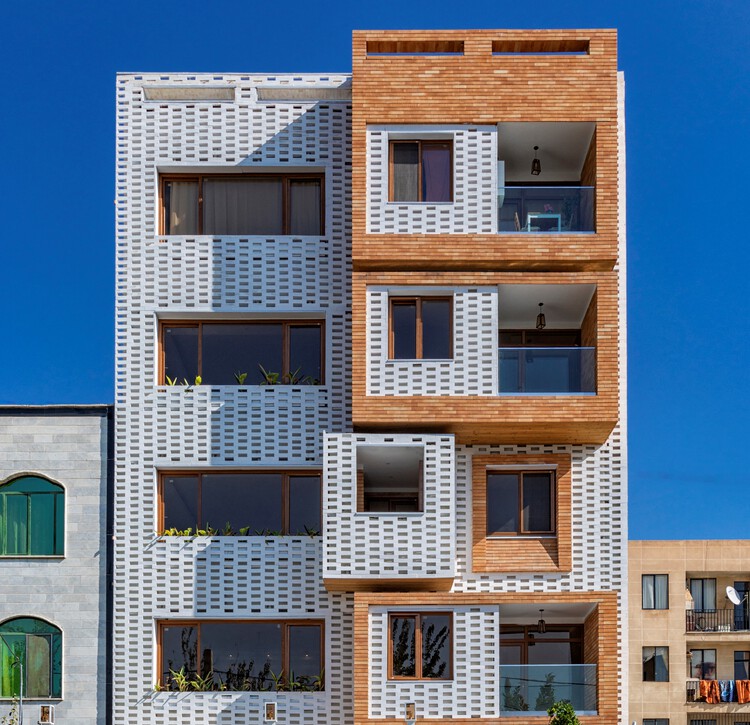 Text description provided by the architects. The project is in four floors, which includes four residential units, which will be described in detail below. Due to the location and area of the property has characteristics including low width. It is located in the middle urban space of Karaj in terms of housing and social.

Design ideas and development: The challenges of this project are designing a unit with two master rooms and a balcony with a specific size that satisfies the taste of an artist family, and the other three units, in addition to two master rooms, have a separate room with a garden view. It should be noted that one of the demands of the esteemed employer has been to create a different plan and characteristics for each unit.

Project view: The design of the Iranian lattice bricks, along with the terrace cubes that protrude from the heart of the building, has created the right combination of standard and eye-catching. Execution of the facade with white lattice bricks at a distance of twenty centimeters from the main facade, which provides the desire to create a two-shell facade, and considering the location of the property, causes the exchange of fresh and natural air and sustained air between the layers. Five-centimeter bricks are restrained at a distance of twenty centimeters to eliminate the need for continuous use of refrigeration devices, and the choice of white color indicates the designer's insistence on the amount and balance of temperature and even save on living costs in the building. A different point from the area that can be implemented with the available forces in a short time, resulting in the least damage to the design has been considered.

Parking and storage: The parking space is divided into two separate parts using the color difference in the implemented materials. As we walk towards the warehouses, the orange color, which is inspired by the color of the frames in the facade, creates a warm atmosphere. The wicker space of the entrance of the building, which will make the beauty of the game of light and shadow doubly during different hours and days of the year, has helped a lot to the difference between the two parts.

In the space of the stairs, handmade concrete molded at the project site And the use of cable, which has replaced the installation of iron fences, etc. in the stairs is one of the items that have been considered and implemented in terms of economy and saving in the project. (Making fittings and bump straps on the stairs at the project site has been another executive creativity).

Interaction of green space with the building: In the interaction of green space with the house and also the necessity of creating it by including green boxes that in addition to playing their inherent role are installed in such a way that they also play the role of bump in the windows. It also saves on the use of materials, time and money. Due to the special dimensions and scale of the project, it was not possible to pause at the beginning of entering the project, which caused attention to the audience and some peace of mind, so a roofed space was designed at the entrance to the building to make it as much as possible. 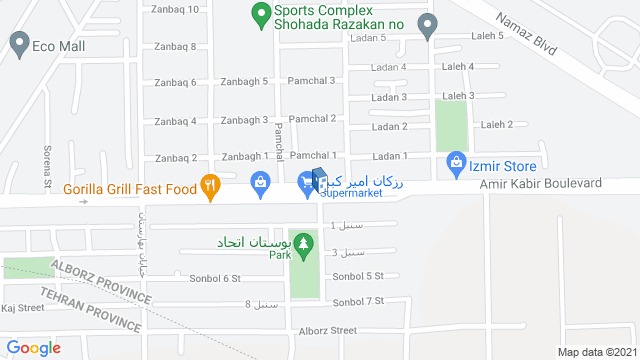 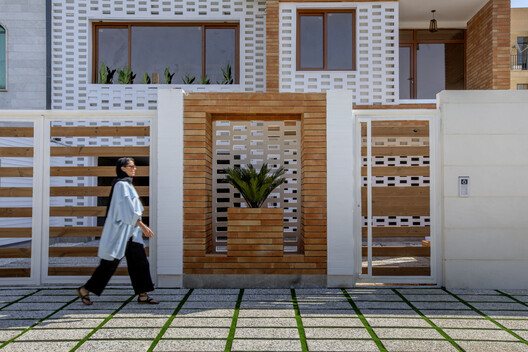