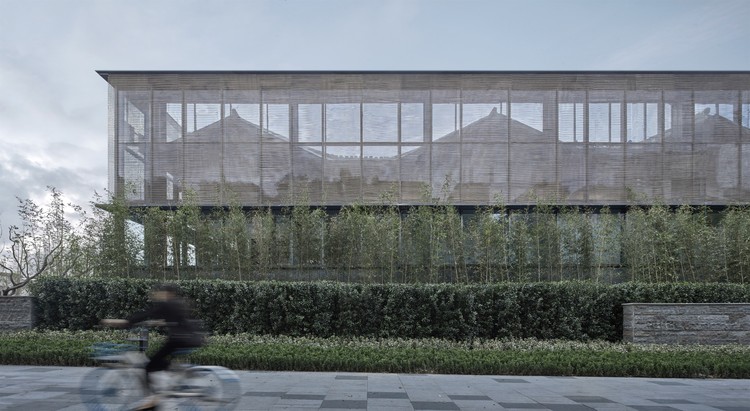 Text description provided by the architects. This old building in the late Ming and early Qing Dynasties has been in disrepair for a long time. The mottled bricks and broken walls show its old age. Due to the function and actual protection needs, the condition that the old building must be placed at the second-floor height undoubtedly increases the difficulty of design and implementation. However, the designers gave a satisfactory answer: they completed the crossing of several hundred years in the new and old space, carried the space theme of “let Wenzhou return to Wenzhou”, and make the old buildings knowable, perceptible and usable. This is the place spirit conveyed by Yongning Academy.

Yongning academy is divided into “ancient” and “modern” parts, in which “ancient” space takes the old buildings in the late Ming Dynasty as the core to visually present historical slices, while “modern” space is related to creating a poetic spatial experience sequence. With the title of “nine gardens and twelve sceneries”, the designer contrasts with the layout structure of nine mountains when Guo Pu built the city in the history of Wenzhou. The garden, a space element loved by traditional literati, and related garden management techniques have been used in space modeling many times and used as a clue to connect the main scene nodes.

From the beginning of the entrance space sequence, the building has created an atmosphere beyond the pyrotechnic atmosphere, which naturally connects with the traffic-intensive streets and the city with bright lights, but also just alienates. The bluish-gray brick facade and the old buildings are like the old book cover waiting to be opened, which indicates that the visitors are about to enter the space story context constructed by time.

After the long corridor composed of bamboo rows, you come to the courtyard with a sense of tranquility. The rhythm of space is like the description in the peach blossom garden that “At the beginning, it was extremely narrow, and it could only pass through people. After walking dozens of steps, it suddenly enlightened”. And a beam of skylight poured down from the top of the head, and on the courtyard background composed of dark gray, it fainted and dyed a thread of wonderful and unreachable Zen.

The water courtyard sequence decorated by sturdy pines organizes the scenery hall and the two-story rainbow cloud corridor, which become the focus of the “modern” space: overlooking by the railing, water and wood facing each other, indoor and outdoor, virtual and real, heavy architectural background and light natural scenery, and together outline a pair of ancient ink painting.

Among them, the semicircle stretched cloud corridor plays the role of landscape surface, gray space, and path: the “Sky water” and “Groundwater” double courtyards with different design heights separate things through the cloud corridor, and then penetrate each other visually through the transparent glass surface; the overlapping water body infiltrates the natural charm and intention into the flexible interface of the corridor gray space, and sounds of water and trees reflect each other, but light and shadow alternate between them.

Further to the west, there is a narrow corridor connecting the “ancient” and “modern” spaces. The redundant decoration is eliminated, and the skylight introduced from the long window at the top is emphasized. Under the guidance of the light, the ritual sense of place and marching behavior is magnified infinitely, and the progression from “modern” space to “ancient” space is also played up as the bedding of emotion.

In the “ancient” space, the old building in the late Ming Dynasty was raised to the second-floor height by the designer and wrapped by translucent metal mesh. The two-layer facade system with rich light and shadow effects set off the hazy and illusory ancient buildings. With the visitors moving forward, the visual diffraction between the two facades will present a dynamic visual illusion in front of the audience, showing the life tension of jumping out of the quiet space background. Between architecture and landscape, between entity and reflection, and between light and shadow, are time stories shared by “ancient” and “modern”. 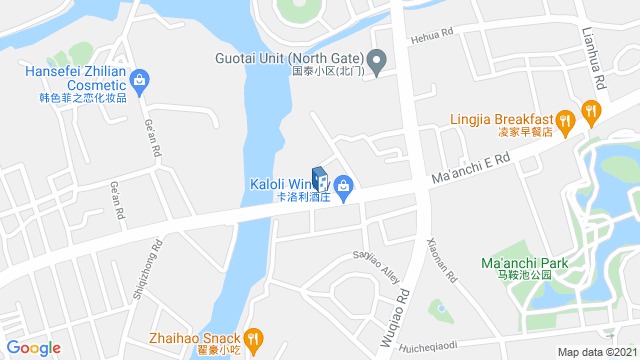 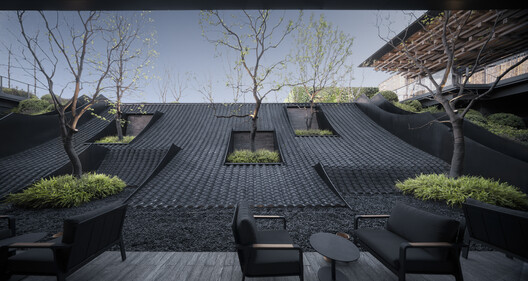 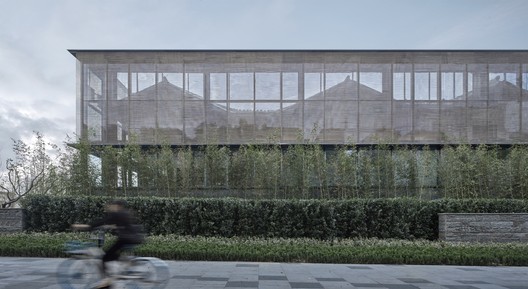