Save
Our Lady of Fátima Shrine / Robert Gutowski Architects 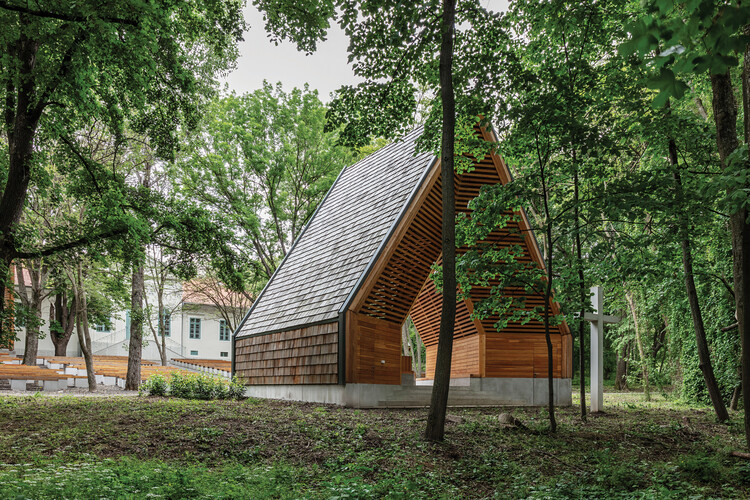 Text description provided by the architects. The shrine of Mary, situated in the remote village of Alsószentiván in Hungary, has long been visited by a multitude of pilgrims. The popular pilgrimage site has recently been renovated according to the plans of Robert Gutowski Architects. After the apparitions of Mary in 1917 near the small Portuguese town of Fátima, places of pilgrimage appeared all over the world. The events were first commemorated in Alsószenitván in 1951.

Since then, the small village, with a population of barely six hundred, has been visited by pilgrims every month between May and October, on the days of the apparitions. The infrastructure of the place has not been developed for decades, and therefore the main goal of the project was to provide an environment that would allow pilgrims to be received with dignity.

The open-air liturgical space has been renewed and a new procession path has been built, the turning point of which is a clearing opening onto the adjacent field. The building of the former mansion situated in a wooded area has been renovated, as well as the church space in the listed building. The new stone altar is the emotional centre of the interior renovation of the church. The altar was constructed from the plinth of a twenty-ton monument found at a site formally occupied by Soviet military barracks.

The gigantic uncut block of stone was transported back to the original site, as tools suitable for cutting it into smaller pieces were only available at the mine. We determined the method of cutting based on the directions of the lines, cracks, and patterns in the stone, which was then sculpted by stone carvers into its final shape. The new altar is a metaphor encompassing the cultural history of an entire century: just as the prophecies of Fátima foretold the destruction that would take place in Eastern European history and then the collapse of communism, we are also becoming fulfillers of the prophecies, even three decades after the events of the change in the political system in 1990.

During the landscape architectural renewal of the surrounding area, our primary goal was to preserve the original ambiance and atmosphere. Natural materials, mainly wooden structures, were used to build the new outdoor area for a holding site, benches, a belfry, and a lavatory building.

Our main concept was to utilize cheap, easy-to-build, and yet very precisely designed structures. The former classicist mansion is a legacy of rural architecture favoured by the nobility of the era. During the renovation of the building, we sought to preserve the original spaces and used traditional materials. We intended the architectural interventions to have a healing character and therefore, after the demolition of the foreign elements, we also implemented some small-scale reconstruction work.

With the completion of the pilgrimage site, a contemporary-romantic milieu was created that carries on the history of the place. The message of architecture today seems to be the search for deep layers of our humanism, almost anonymous structures, and the service of a community. 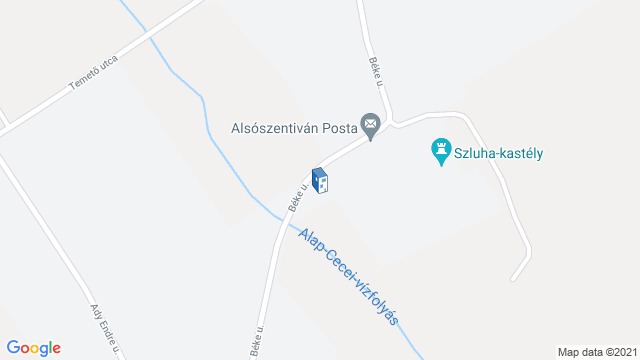 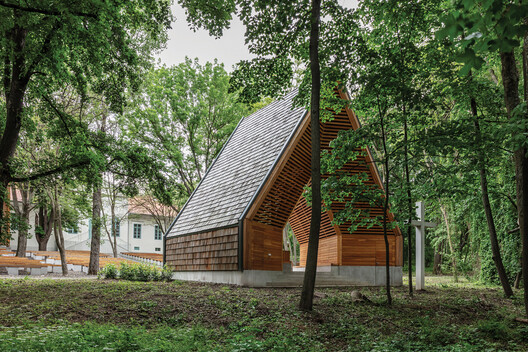