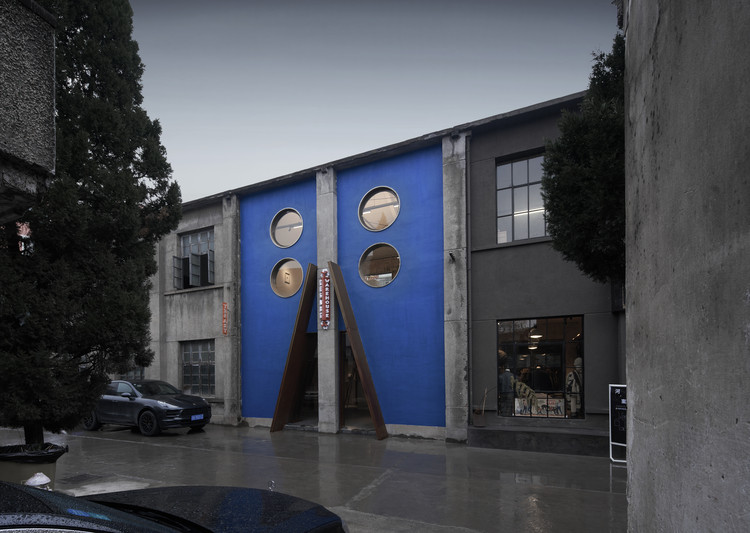 Text description provided by the architects. Yes Art Warehouse is located in a small, detached villa in Hangzhou Fengshan Gleaning Creative Park, transformed into a more distinctive art studio based on what was originally an old factory building.

Brick, as a source of conception for architecture and interior, is integrated into the environment in the reconfiguration of form and phase, object and image. Parts of the building are painted white, and its exposed concrete structure infuses the studio with a soothing sense of simplicity; parts of the building use red brick elements to continue the original sense of expansive texture, preserving the roof and building contours as a material basis to continue the senses.

In the interior space, a large amount of white space creates a minimalist spatial surface that concentrates the aesthetics of the scene and amplifies the spatial story. The overall space is pure and tidy, reinforcing one's perception of spatial framework and order.

Continuing the element of multi-sided folding of the building, through the symmetry, folding, and penetration of metal materials, and the division of blue and white blocks to enclose different three-dimensional spaces, the interior and exterior spaces are connected, and the sense of three-dimensionality and power in the space is perfectly displayed.

The four-round glass windows, like the cockpit of a transparent spaceship, break through the viewer's restricted vision while maximizing the tension of its artistic expression.

A large amount of white space and interspersed blocks separate, transform and reorganize the whole space, allowing the building and the interior to grow freely and harmoniously, increasing the richness of the connection between the first and second floors, and at the same time achieving a spatial transition from convergence to dispersion.

The square geometry of the walls flows, combines, and extends in the space, reshaping the vitality of the space. The strict proportional control, in addition to outlining the basic properties of the space, presents the next perception after the vision. 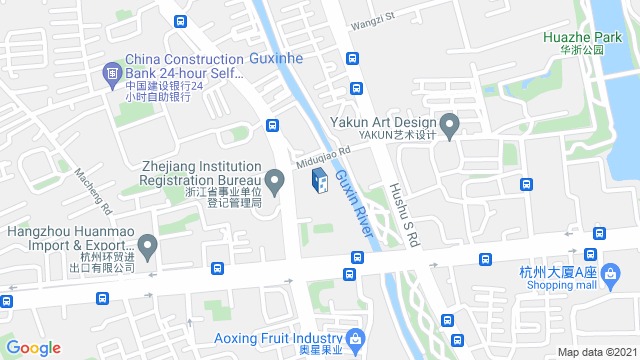 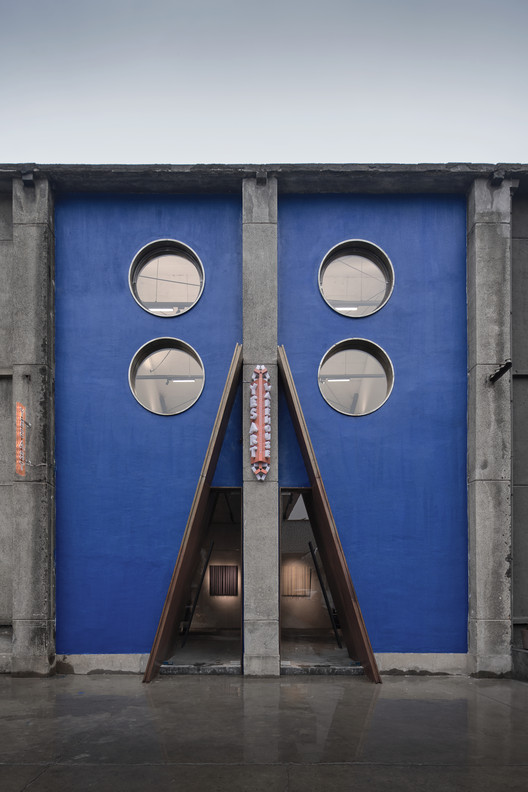 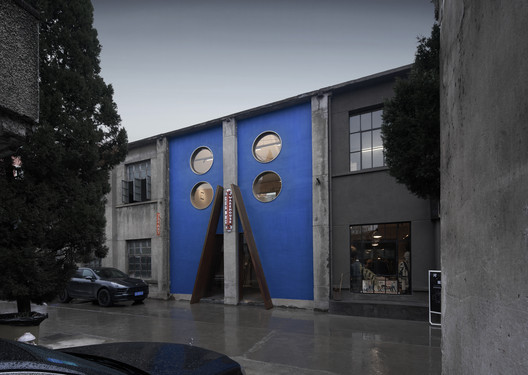