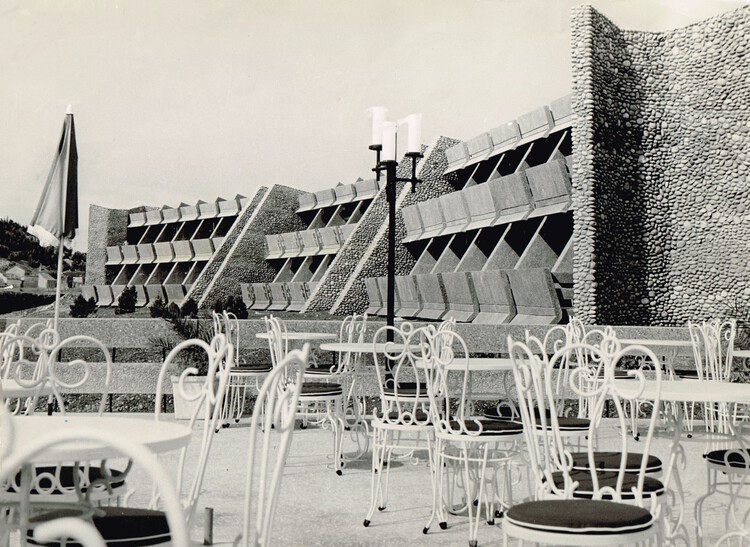 Organized by APSS Institute, a non-profit organization for architecture and design thinking founded in Montenegro, the exhibition showcases Radevic’s built work for the first time, showing original drawings, photographs, and correspondences from the architect’s personal archive. Curated by Dijana Vucinic and Anna Kats, “Skirting the Center: Svetlana Kana Radević on the Periphery of Postwar Architecture”, underlines an architectural figure across societal registers. An exceptional, but overlooked figure of postwar architecture, and one of the most prominent architects in socialist Yugoslavia, Svetlana Kana Radević (1937-2000) who studied and worked under both Louis Kahn and Kisho Kurokawa, has designed anti-fascist memorials, hotels, and residential projects.

“Celebrated for their deft synthesis of local materials and international tendencies, as well as a generosity of proportions and informal spaces for leisure and exchange”, her built work consists of the Hotel Podgorica (1964-1967) built while working on her Master degree in Kahn’s studio, and the Hotel Zlatibor (1979-1981); the Petrovac Apartment Building (1967); as well as the Monument to Fallen Fighters at Barutana (1980), a sculptural memorial landscape that commemorates local anti-fascist fighters.

On a regional level, she was praised for “negotiating between vernacular building tradition and the globalizing tendencies of late modernism”, while on a national level, Radević designed celebrated civic spaces. Moreover, on the international scene, she articulated a decentered, post-colonial axis by which the Montenegrin architect simultaneously and seamlessly worked between Philadelphia, Tokyo, and Podgorica. She remains the only woman and, at 29, the youngest architect to ever win the prestigious Borba Architecture Prize, socialist Yugoslavia’s highest architectural honor which she received in 1969.

Radević subverted hierarchies that privilege cosmopolitan centers over provincial peripheries by locating her personal practice in Montenegro. Yet her architecture was ultimately supranational, simultaneously digesting vernacular building traditions as well as her global study and work experience. By positing how to re-center a historical figure and geopolitical context that have long been at the peripheral fringes of architecture’s normative history, this exhibition recovers her distinctive role as a negotiator of the spatial contract—between state and citizenry, between center and periphery—as a case study in facilitating social consensus and cultural exchange for contemporary practitioners.

Dijana Vučinić is a practicing architect, founder of an interdisciplinary practice DVARP, and research and educational platform APSS Institute. In her work, she tends to introduce structures and spaces that reveal the process of critical thinking and sustainable solutions. Her work is based on research on the post-transitional city and interactive contemporary city ambiance. She was a commissioner for Project Solana - Montenegro pavilion at Biennale Architettura 2016 and co-curator of the exhibition Treasures in disguise - Montenegro Pavilion at Biennale Architettura 2014.

Anna Kats is an architectural historian, curator, and critic whose work historicizes the political economy of architectural production and technical transfer across the socialist sphere of influence in the 20th century. As a member of the curatorial team in the Department of Architecture and Design at the Museum of Modern Art, New York, Kats was an organizer of the 2018 exhibition Toward a Concrete Utopia: Architecture in Yugoslavia: 1948-1980. 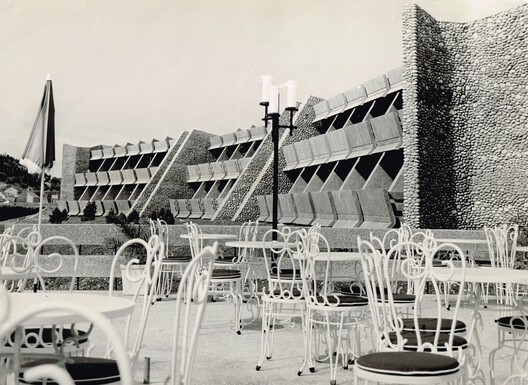