Save
"When Humans are in Motion, Architecture Gains Meaning": Behind the Scenes with Nicolás Castagnola

In this episode of “Behind the Scenes”, where we showcase the work of visionary artists and ask about their experiences beyond what is seen by the public, we are presenting Nicolás Castagnola: an illustrator, animator, and architect born in Buenos Aires and based in Berlin. Through his illustrations and animations, he brings different meanings to architecture by opening an imaginative field about the infinite possibilities that the built environment can provide.

ArchDaily - Victor Delaqua (VD):  How would you define your style?

NC: The buildings and public spaces where I spent time and developed myself among others. You can actually miss them after some time not being there.

VD: What are the key elements for a great architectural illustration?

NC: I personally appreciate when Illustrations create atmospheres that give Architecture a reason to be there and host them.

VD: Do you think being an architect helps you to illustrate better?

NC: It is great when it comes to technical and methodological skills. But I also believe in deconstructing some of these tools, so as not to narrow our practice to an only architects´ audience.

VD: How would you describe the work process with architects?

NC: I have worked with Architects for several years, so communication is easy and clear. We share a common language, and some traumas too.

VD: How do you manage through your animations to translate sensations? How do you achieve this expression?

NC: I like telling small stories in a language that everyone can relate to.

Someone looks out the window, a dog walks by, there are some noises in the background. There is Architecture as well.

VD: What would architecture be without human presence?

NC: Animaton enhances the importance of this presence: when humans are in motion, architecture loses protagonism but gains meaning. 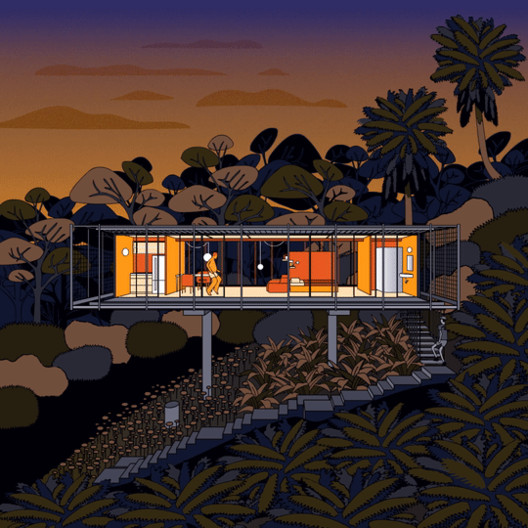