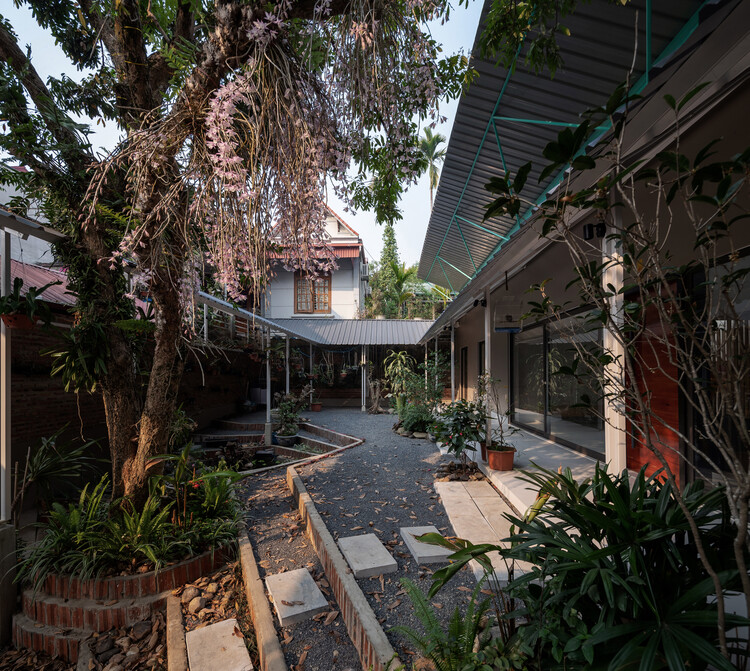 Text description provided by the architects. We started the project with the remaining memories of a friend's house on this land. It’s a small house of a village on the hillside. At that time, the houses were sparse, the roofs were low and appeared peeked through the trees that covered the village. The feeling of the garden and the paths to the house is about the rays of sunlight piercing the leaves, of the soft and dark shadow.

Like the hill villages of Vietnam in more than ten years, the development of the economic has increased nonstop the constructions that made the city more and more cramped. Now the hill is such a cake with many of pieces were cut and taken out in oder to create a flat ground for a "more convenient" city.

Because of those changes in topography, the image of hill city was switched into an image of “flat urban” with endless stretches of roads and houses. This land is similar to a memory fragment of the village and a small piece of the hill before. The project is a startingpoint with the thoughts about urban development with its impact on nature. Half of the land is for construction and the otheris for natural elements.

The patio roof was erected around the courtyard as a solid limit to protect “the piece” from the impacts of the constructions of people. With natural orientation of sun, wind and rain, all of the sunlight, the air and drain penetrate deeply into the ground so that all the plants can grow strongly and the roots are plunging to the earth. The patio as well as a space in-between for the interior and exterior spaces of the house, inspired from the patio of a traditional Vietnamese house that used to get shade from the midday sun.

The V-shaped roofs with the lowest point in the middle divides the house into the living space and auxiliary space. The roof is designed to open to the outside and is carefully calculated to cleverly welcome natural light into the house in the late afternoons when the light intensity has decreased. 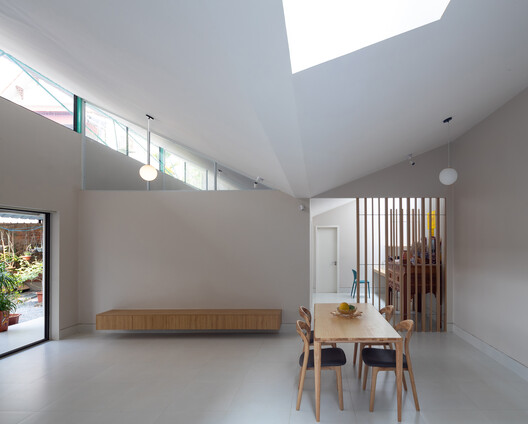 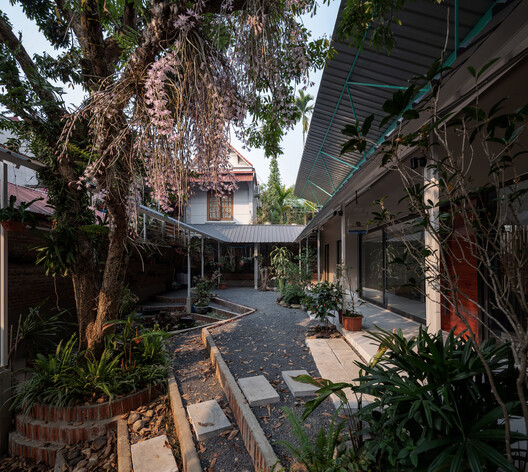