Calatrava's design for the Yuan Ze Arts and Conference Hall, now more than a decade in the making, finally broke ground this week. When ready, the project will serve as a venue for exhibitions and cultural events and will feature a Performing Arts Building, an Orchestra Hall and a Theatre, among other amenities. 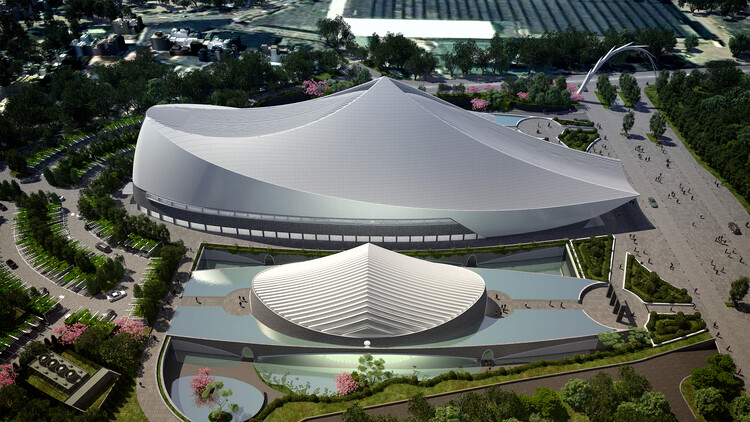 Located adjacent to the Yuan Ze University in Taoyuan County, southwest of Taipei, the project is expected to become a landmark for Taiwan. Moreover, its proximity to important transportation hubs will help the project drive further development to the area. The design comprising of three buildings will serve as a gateway to the University while also creating an important cultural site for the region.

The Performing Arts Building, situated in the centre of the development, is defined by a curving roof, which pays homage to traditional Taiwanese architecture. To the North, The Orchestra Hall will feature an operable ceiling that will expand and contract the hall's space, thus creating a versatile interior capable of meeting any performance's acoustic requirements. A large reception hall is located above the performance space. The third building, the theatre, is designed with flexible seating, accommodating various kinds of performances. The theatre will contain a choral and symphony rehearsal space on the upper floor in addition to the performance hall.

The Yuan Ze Arts and Conference Hal will be Santiago Calatrava's first project in Taiwan after designing a series of bridges in Huashan, China. The design is set to be completed in 2024. 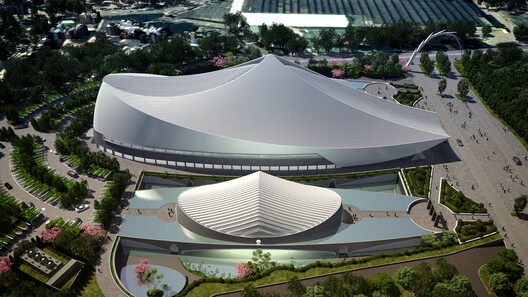