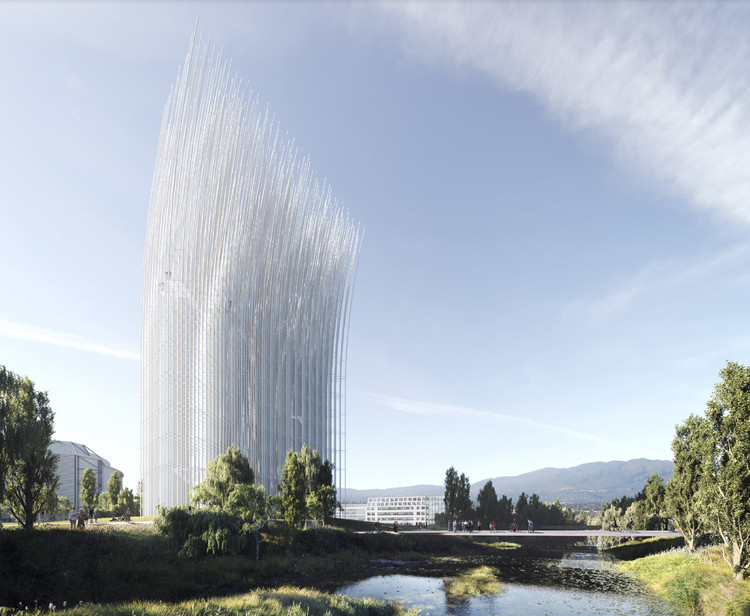 The competition envisioned the design of a symbolic structure to become a landmark for the globally recognized centre of innovation that is Silicon Valley while also creating a compelling experience for both tourists and the local community. The winning project Breeze of Innovation will be presented before the San José City Council for approval in May.

The movement of 500 stainless steel rods not only creates a dynamic object but also produces enough electricity to light the landmark, enhancing its presence in the landscape. The 200 feet tower features a conical void, allowing users to access the multiple walkways within the structure. Several elements, such as a viewing platform along with an exhibition space and a café, are meant to encourage activities and user interaction with the landmark.

Silicon Valley is not about replicating the past; it's about shaping the future. Our goal from the beginning was to capture the ever-changing magic of Silicon Valley while also creating a deep connection with the San José community—SMAR Architecture Studio

Located in the Arena Green section of Guadalupe River Parks & Gardens in San Jose, the design is a nod to Silicon Valley's history and, in particular, to a former landmark of San Jose, the Electric Light Tower of 1881. The latter was a structure initially designed to light the city's downtown area, which, albeit not fulfilling the intended purpose, became a symbol of progress.

This is why we came up with the idea of designing a dynamic landmark, one that is alive, moving with the wind and light, a magical space that includes a tribute to the San JoséElectric Light Tower of 1881. We want visitors to enjoy a unique experience on their ascent, connecting with the memory of the Valley while dreaming about its future possibilities. —SMAR Architecture Studio

Founded by Western Australia Professor Fernando Jerez and co-directed by architect Belén Pérez de Juan, SMAR Architecture Studio is a practice operating at the crossroads of architecture, technology and urbanism. With offices in Australia, Spain and Lithuania, the studio founded in 2007 investigates urban and social issues through design and emerging technologies. 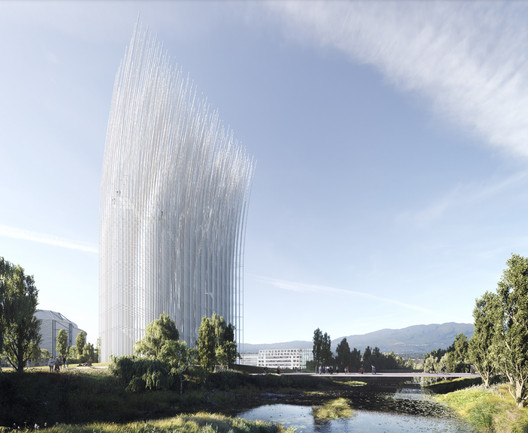