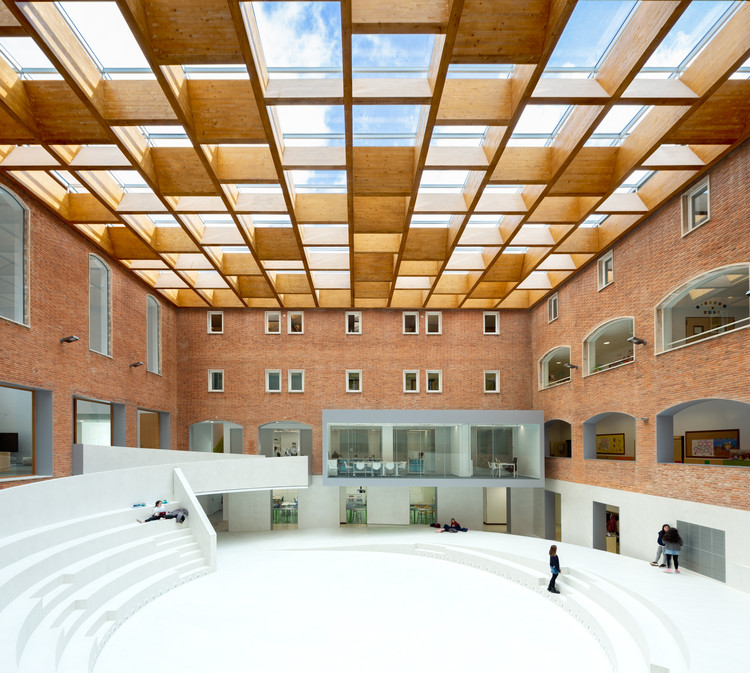 Text description provided by the architects. We have faced this project understanding it as a metaphor for the difficulties we encountered during our career, while searching for knowledge.

It is the result of a plastic, almost sculptural exercise where a new accessible ramp grows with a constant slope.
The ramp generates a series of terraces along its ascent, creating new spaces. To create spaces in order to grow.

FUNCTIONALITY
An easy access surrounded by terraces for interaction turns the old basement into an Acess Floor.

A space excavated up to that level transforms a disused garden into the new school’s vital center. An access, passage, meeting, work, play, interaction, study or meditation space.

TRANSPARENCY
We have pursued the achievement of an open, transversal space through uses that always communicate between them, either visually or physically. Crossed glances that generate synergies, relationships, never indifference. 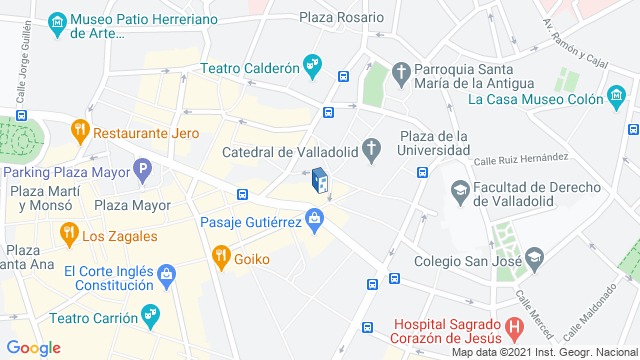 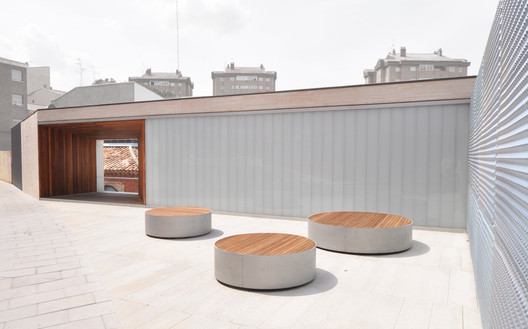 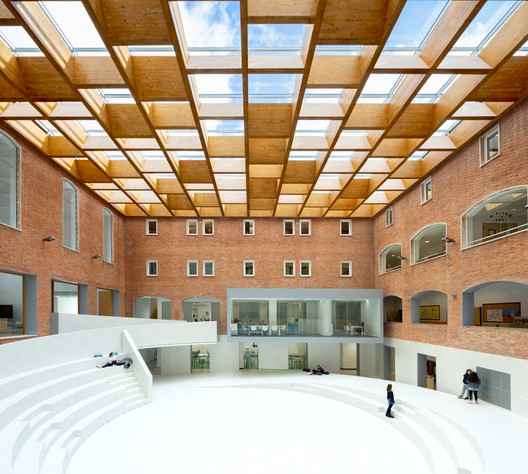