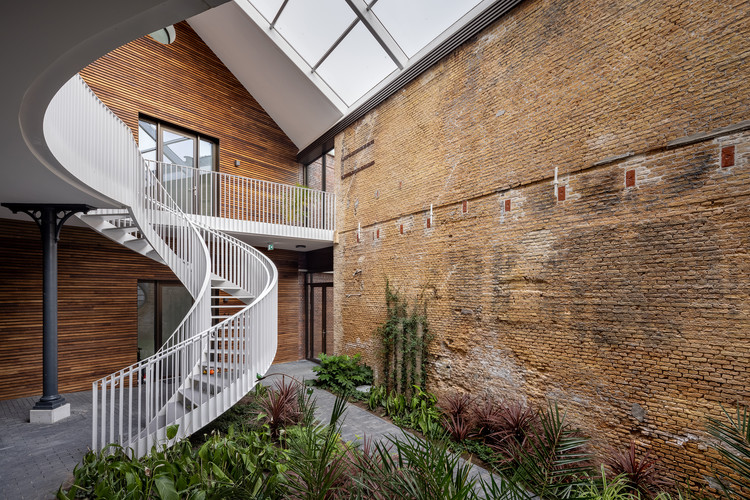 Text description provided by the architects. In 2007 almost half of this national monument went up in flames: a twin complex of gin distilleries dating from 1870. The Mercurius distillery was preserved in the fire, but all that remained of the Neptune was the façade. The Stadhoudershof project transforms the former industrial complex into a beautiful residential environment, where old and new meet and enrich each other.

In the new layout the gateway of the former distillery once again serves as the main entrance, but now for a small apartment complex with six spacious loft apartments. The entrance leads to a wedge-shaped atrium around which the apartments are situated, with a glass pitched roof that mirrors the old roofline of the Neptune. This intermediate space is created by shifting and turning the new building in relation to the original building.

The centerpiece of the green winter garden is the curved staircase and gallery, supported in part by an original cast-iron column that survived the fire. The surrounding facades each have their own character and rich materialization, a method by which the layers of time remain legible.

The new Stadhoudershof building redesigns the meeting of the Westerkade and the Stadhouderslaan and connects the two spatial structures into a logical and expressive whole. The architecture consists of a playful framework of white bands and columns, with large areas of brickwork and large openings in the facade. The lively composition of open and closed parts of the new building and the rich elaboration of the facades is inspired by the adjacent historical architecture. 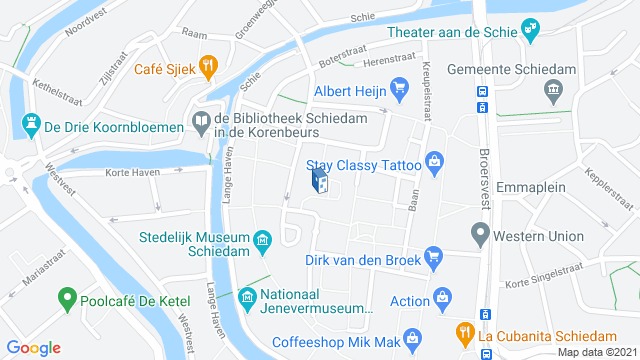 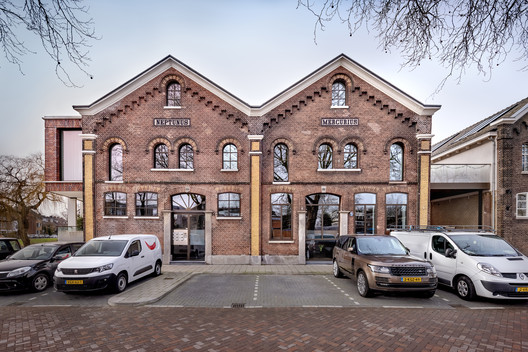