Save
Kindergarten in Opole / PORT 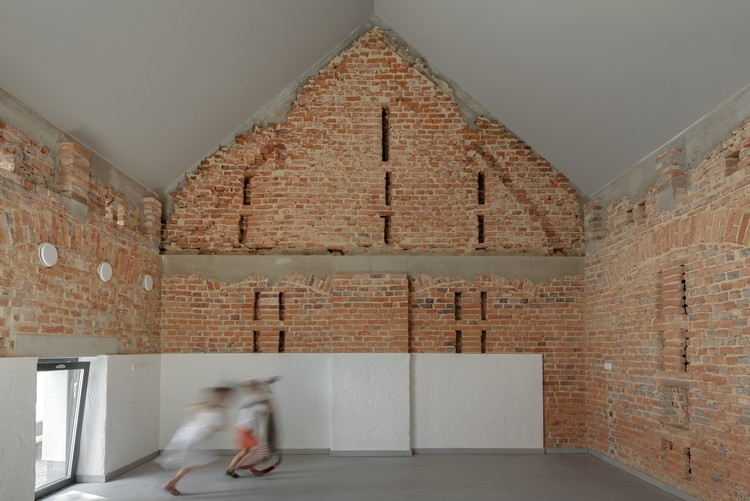 Text description provided by the architects. We aimed to create an inspiring and stimulating kindergarten space, to foster kids' growth and development. The building acts as a "vessel” for young human beings, where its form casts user’s behavior, sense of security, and self-esteem. It offers incentives for joy and exploration. To be a window into their future, to understand the world, and build their own identity.

While working on the project we focused on maintaining the existing buildings layout with a yard in between. That is to expose different building’s proportions and historical changes with their specific details. We introduce new functions that connect all while keeping them autonomous.

Following program requirements, the main existing block has been extended and converted into kindergarten. The new layout finds its room in the existing building, preserving its volume, and expanding into the garden through inserted modern-box, that offers classrooms a variety of spaces. Moreover, it acts as an indoor yard, to strengthen Montesorii’s idea of being in regular contact with nature, where full-height glass blurs the boundary between outside and inside.

Through the design process, it remained very important to us to distinguish the old and new fabrics of the buildings. Since both parts have very different material characteristics, one can easily read their individualism from outside as well as from the inside. And front glass facade not only connects kids with the outdoors, but it allows visitors to view and perceive the pre-existing volume and texture.

Small extension from the 80's and separate outbuilding, which turned into a workshop receive unique characters as well, recognizing its original beauty.

The workshop building with a function of a common room is filled with light, as we introduced vast glazing into all existing openings. The walls largely retain their original raw character and few missing vaults have been recreated with concrete. Furthermore, we have added a vestibule that accompanies a workshop for artworks with a sink and a toilet.

Quality of space with a variety of heights and characteristics within the complex as well as in one room offers users an opportunity to find the right atmosphere at the given moment. From cozy corners for hiding to more exclusive places, where kids can receive appropriate attention. Openings in the walls foster joy and interaction between pupils. Windows become a sitting, a passage, a portal or an entrance to the hidden world. They offer connection and stimulate imagination, same as light-rays from the skylights, that resembles a game of light and shadow in a forest.

Internal facades express the building's history and structure. Fragments of an old lintel or brickwork are creating original pictures, but also telling a story while stimulating various senses. The building preserves the smell of natural material and presents its roughness, all the changes, and ongoing aging. Floors, walls, and ceilings often retain their original, construction character. The imprints in the concrete show what kind of formwork was used, while exposed structural elements such a tie beam that bonds the building, showing the way the structure works.

In world nowadays, that is often overstimulated and overwhelmed with information and products, perhaps a building can help us to learn how to appreciate contact with nature, simplicity, and our own identity. To understand the nature of things and how they are constructed. To create a framework and atmosphere for building up our first relationships. 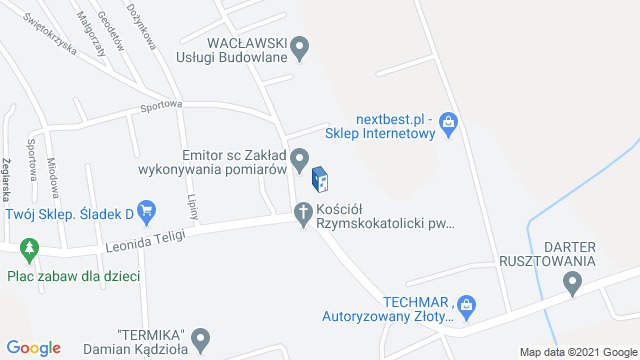 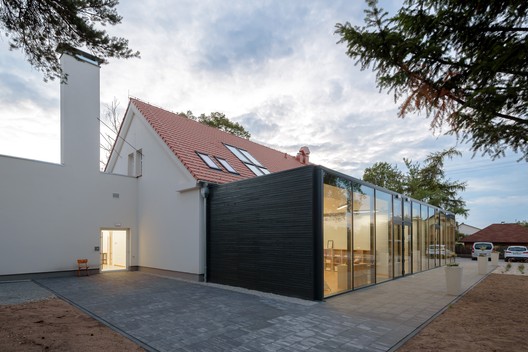 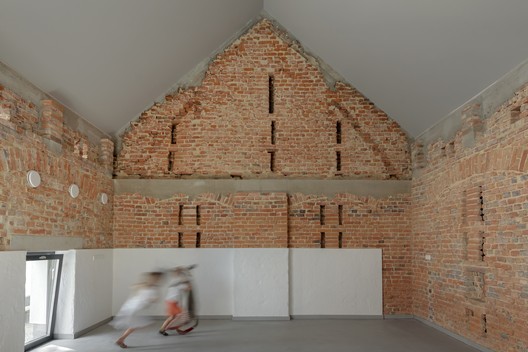