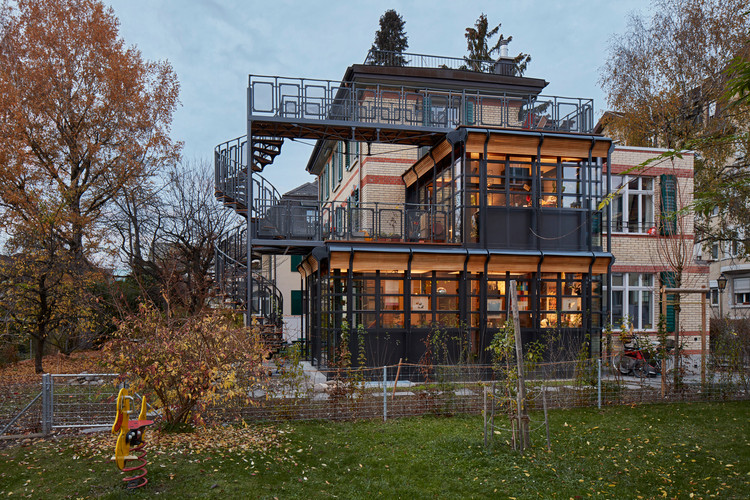 Text description provided by the architects. Built in 1891, the heritage-protected residential building has seen many changes throughout the years. While it was able to maintain its exterior appearance, it was completely gutted in the ’70s, leaving little of the original structure.

For both, architect and client it was clear that the old building had to be restored as historically accurate as possible reviving the original character of the period of promoterism. In addition, a new structure designed in steel and glass playfully sets contrast and recalls industrial buildings of the period.

Reestablishing the original appearance while adhering to modern building codes led to a deep intervention within the structure. The oil-fired furnace was removed and replaced with a heat pump and a geothermal probe. All floors were completely stripped out and newly constructed, fulfilling current sound insulation and fire prevention regulations. The original parquet flooring was numbered, removed, refurbished and re-laid in its original position. Original fittings were found for the doors and windows, which were reconstructed based on historical models. The bathrooms were clad with ceramic tiles from the Golem Company in Germany, which to this day produces tiles the traditional method.

The high quality, authentic, and historically accurate materials and construction details that were used, result in a consistent, appealing, and comfortable atmosphere. Interpreting the style of industrial buildings in a modern way, the extension strongly contrasts with the original building.

Untreated, concrete-filled, steel H-beams, carry the exposed concrete ceilings, on which the Janisol- Arte steel and glass facade is hung. The spiral staircase, walkways, and railings connecting all three levels were designed by a metal artist, giving them a creative touch to complement the historic brick construction. Visible rolling shutters in oak and various elements in larch were used to soften the strength and domination of the steel, completing the character and unique expressiveness of the building.

This project would not have been possible without very close collaboration between architects, client, and contractors. A great deal of passion and time was invested, and no effort was spared. Three outstanding and beautiful apartments were created, connected to the garden and to each other by means of the striking spiral staircase, allowing a special form of living together in this historical residential building. 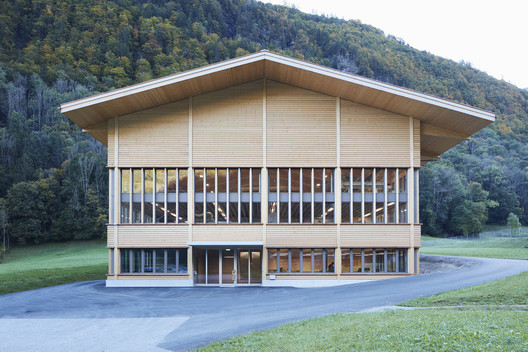 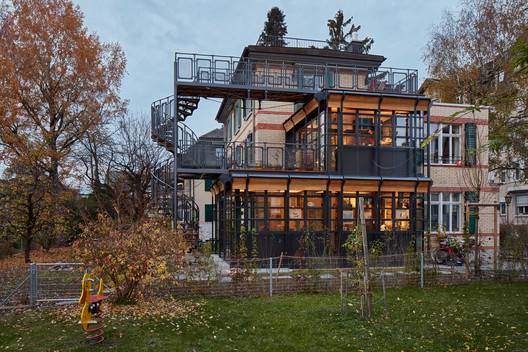