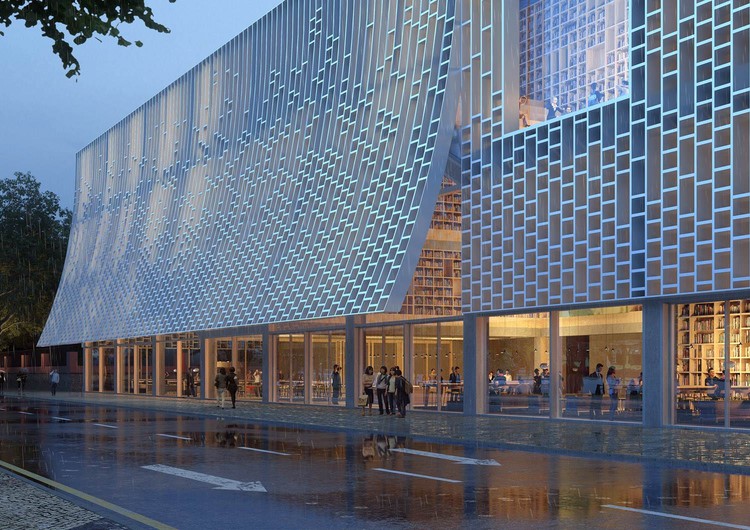 The Macau Central Library facade takes inspiration from the former modernist design of Hotel Estoril by filtering light and creating a controlled indoor climate. As the team explains, the new Central Library will provide a "forward-thinking platform for influencing its surroundings." A continuous ‘L’ shape will formally define the library and its volume, while the continuous and uniform facade aims to help redefine the square.

Opening like a book to the main entrance, the building's envelope is made to act as an extension of the bookshelves from "stack to protective shell." The Central Library aims to lead visitors through a series of interconnected spaces beginning at Tap Seac Square and up to the reading rooms on the top floor.

Inside, the futurist mural designed by the Italian sculptor Oseo Acconci depicting Fortuna, the Roman goddess of chance, will be preserved in the new lobby. In turn, the project will open up to views of the square and surrounding landscape. 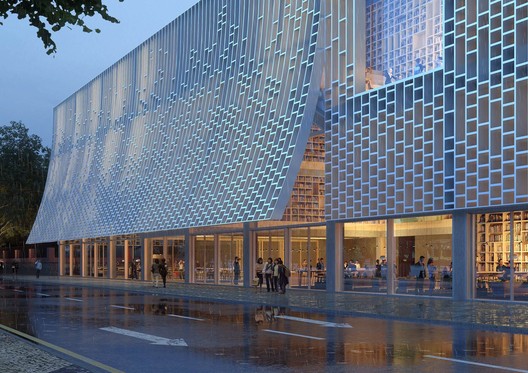