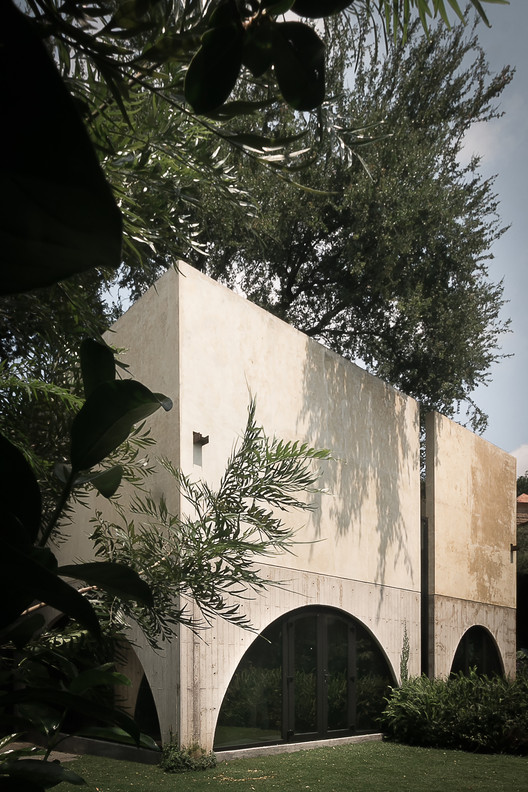 Text description provided by the architects. Casa Duraznos is the natural result of a series of casual and organic connections. For starters, and considering that the project is placed in an urban area, the terrain had a very unique shape that allowed us to think and visualize a project without an entrance façade. Thus, the entrance was transformed into a promenade experience that degrades the city noise into the quietness of a home, a phenomenological event in which the first contact that the users have with the house is through walls that guide and surround them so they can later be surprised with a garden.

Other elements to consider for the overall design were the site and the program -which are going to always determine the result of any project-, and the clients, who in this case were an essential part of the project’s development. The clients had an initial inclination for exploring the elements that formed the haciendas in Yucatan, with this in mind we arrived at a project that searches to embody an atemporal formal language; a house that -likewise the haciendas- is fragmented, with different height spaces that allow each room to have its own atmosphere. Remembering how these haciendas were structured by the means of the arc and the weight the shape of the arc holds in the collective memory, we decided to also implement it but now utilizing concrete, a more contemporary material. At the same time, we also incorporated in the walls a stucco that refers to the chukum, a very common finish that could be found in these same haciendas.

All of these elements converge in Casa Duraznos, a project where the ground floor has different volumes that at every turn generate unexpected encounters with the landscape, while on the top floor these same volumes create a more intimate and private experience.  Throughout the house, we tried to generate a series of encounters between nature and architecture with the intention of emulating the behavior of the vegetation in Chiapas or in The Huasteca Potosina, where foliage can be found on any surface available.

Other elements to consider were the preexistent natural elements in the terrain. Inside the lot was a Guamuchil tree and since the beginning part of our intentions were focused on keeping the tree as the general main focus. Thus, a contained but open space was generated around the tree, allowing it to keep growing. Months later after the initial construction ended, the original owners of the house changed, meaning that the house needed to change too in order to accommodate the necessities of the new users. The new assignment was to expand the habitable space while maintaining the Guamuchil tree. The original outline of the house allowed easily the growth, continuing the same rich experience of nature in direct communication with architecture.

As we mentioned, Casa Duraznos it’s the natural result of a series of casual and organic connections. 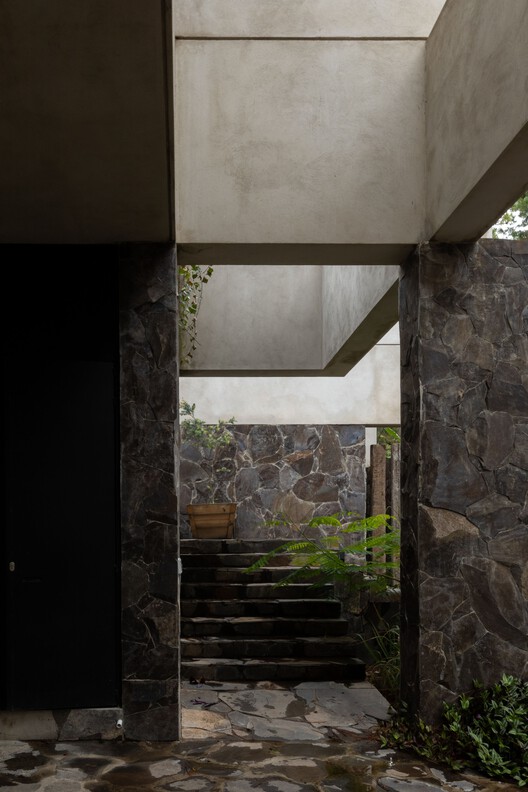