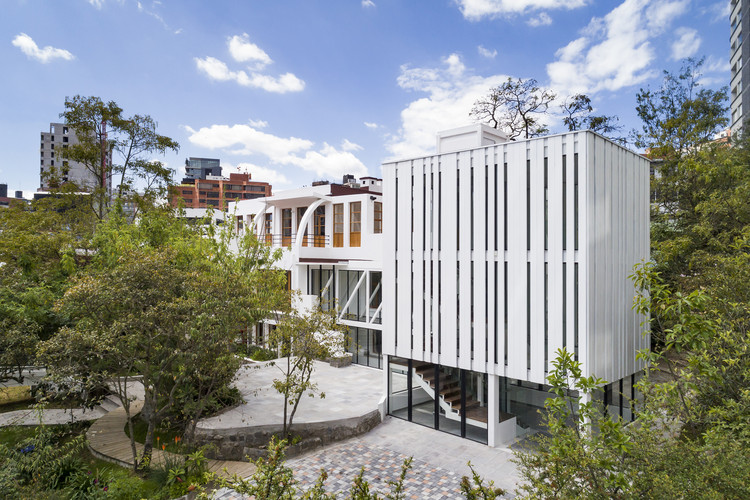 Text description provided by the architects. The project initiates with the donation of the property from the family Benjamin Carrion, to the city. Providing the neighborhood with this equipment and an ancestral garden park, for the enjoyment of all. The result is the democratization of the private green, abundant in our South American cities.

The new and rehabilitated infrastructure, a tribute from the family and the Municipality of Quito to the literary prestige of Benjamin Carrion, one of the most important writers and intellectuals of Ecuador. His great interest and contribution to science, literature and the artistic and cultural development of the country have made his name constantly resound when speaking about these subjects. The project offers a program focused on the cultural development and leisure of young people.

The re-functionalization of the Benjamin Carrion´s House is characterized by giving this property to the city, recovering an ancestral garden of Quito, that coexisted with the House of the Carrión´s Family since its origin, punctually in the neighborhood of Bellavista, and protects the modern architectural heritage. The proposal seeks to solve the new needs for the new use of the house to a Cultural Center, through interventions with transparent elements that relate correctly to the immediate environment, acting with a lot of respect for the existing heritage house.

The house is located in a large lot of 2200m2, which has been almost intact over time, resisting the onslaught of real estate speculators for decades. It is located in one of the sectors with the highest capital gains in the city, so it has become a green oasis between large towers that occupy the entire surface of the plot.

For the design team, was a priority to maintain the garden, without touching the old trees, autochtonous of this Andean landscape.

The intervention consists of two pieces required by the program: A new entrance hall that faces the access axis from the street, that almost without touching the existing house, connects it through two bridges in a very respectful way, solving the circulation system of the new program with only two incisions.

The new hall is a translucent prism, nine meters high, covered by a second skin of steel slats, that nourish the natural light to the distributor, generating interesting effects in the interior during the sun translation.

The second piece is a multipurpose hall, which for a requirement of the administration of Benjamin Carrion Foundation, needed to work autonomously to the House. The design looked for the only place in the garden where there were no trees, to place this piece, taking that garden to an upper stratum that connects with the patios of the house, through a bridge, allowing to approach the top of a large Guabo tree, that covers this green terrace with its shade.

This volume is hidden in the natural topography of the lot, and its transparent skin allows a total connection with the gardens of the project.

The original house was completely restored, maintaining its essence without changing its distribution, adapting the existing spaces to the new uses. 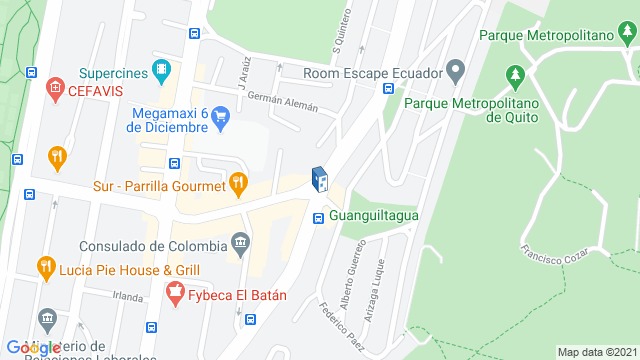 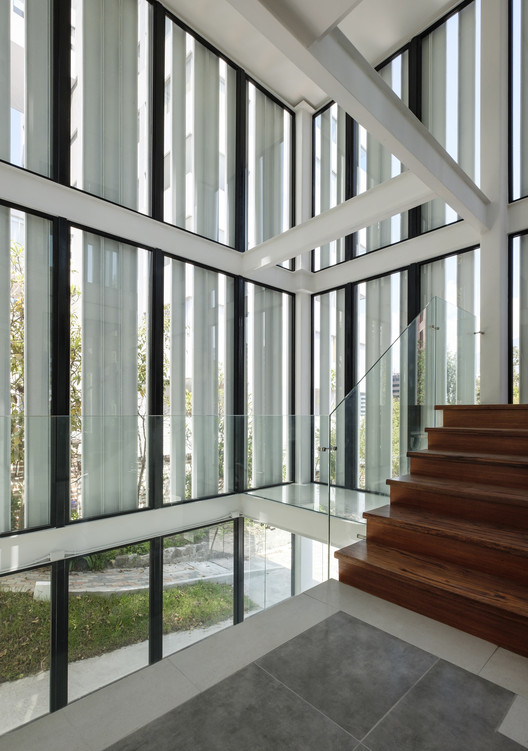