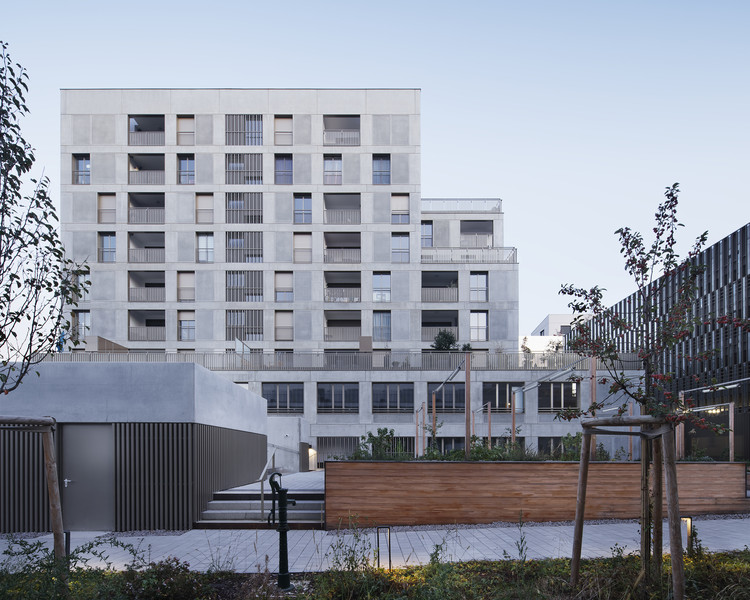 Text description provided by the architects. An eco-neighbourhood is emerging on a brownfield site on the outskirts of Strasbourg. At its eastern entrance, COSA is responsible for the coordination of the Block I project and for supporting DEA architectes and Denu & Paradon architecture in the design of the apartment buildings.

COSA is also developing a 340-spots overground car park, a mixed-use residential and office building, and the central area of the block.  The mixed-use building consists of a two-storey plinth containing amenities, with housing units above.

In order to minimise the distribution spaces in the apartments, the traditional day and night division is disrupted: bedrooms with direct daylight, kitchen, and bathroom on borrowed daylight, are laid out on either side of the living room. The entry hall becomes the only distribution space, also making the master bedroom a separate space.

The living rooms open onto a loggia, which forms an additional room in its own right, and also gives the bedrooms a dual-orientation.

The facades, made of raw and framed precast concrete, reflect the mechanism of the designs. Fillings made of concrete sculpted with abstract patterns, and doors and windows with golden brown tones, give the building a subtly precious appearance. 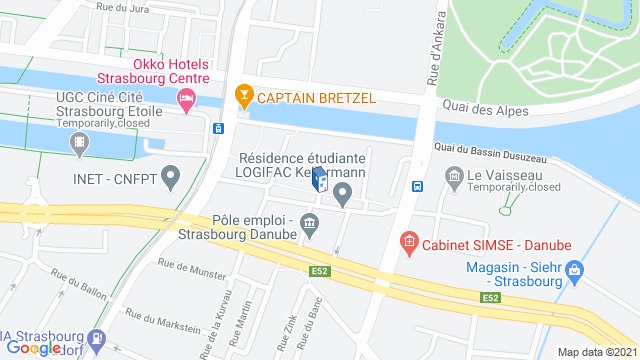 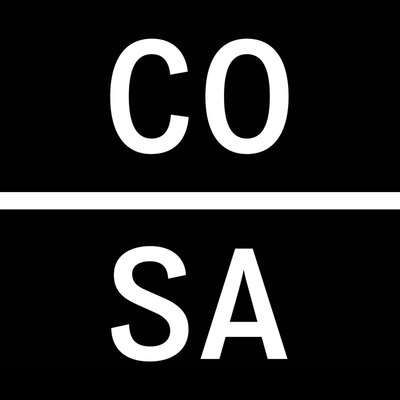