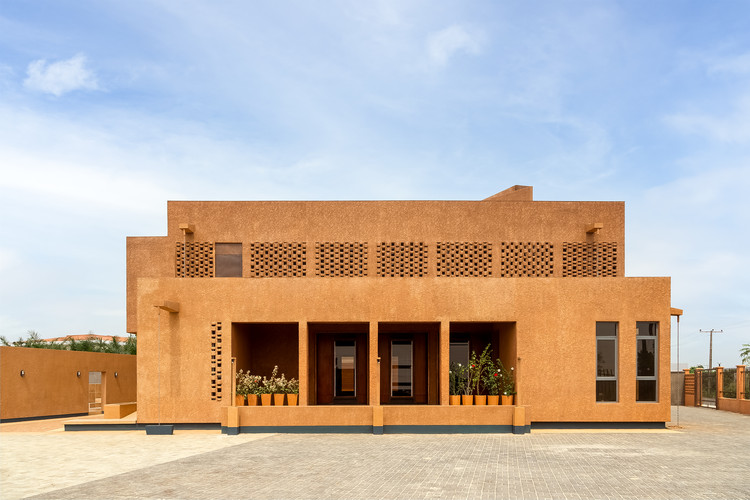 Text description provided by the architects. Patrickwaheed Design Consultancy (PWDC) has completed a mosque in Abijo. It is a building donated to the Abijo community by Crescent Bearers 1939 Lagos. CB 1939 is an association that was set up over 80 years ago. Their focus has been to promote community centered educational, religious and socio-cultural activities.

Abijo takes its pseudonym from its location. It is a building with a fusion of adopted and indigenous thought and execution. The building merged spirituality with materiality to evoke a vibe that looks and feels right. The language of the building has its roots in contemporary architecture and its DNA intrinsically linked to geometric connotations. The architecture of the building is based on the essential archetypal elements of a mosque which include the Mihrab, a semicircular niche reserved for the Iman to lead the prayer, which points in the direction of Mecca.

There is Minbar, which is to the right of the Mihrab, used by the Imam as a pulpit. The building is a double volume box accessed from three sides, with a mezzanine with a separate entrance, included to accommodate the female worshippers. To further increase the capacity of the mosque, the west, north and south walls have openings with sliding panels which open-up completely to extend the prayer hall to the galleries for Friday congregational prayer service.

High-level louvre windows help manage the stack-effect ventilation of the building. The window openings are shaded with perforated sunscreens made from recycled paving stones salvaged from another project. Attached to the main building is the Imam’s office and the CB office to the north and south of the prayer hall. Outside on top of the building stands the Minaret (tower), which is symbolic as a beacon to Abijo.

The aesthetic of the mosque is based on the notion that the materiality had to be sustainable and locally sourced so that the frequent intervention through maintenance of the building was reduced considerably. A textured skin consisting of laterite, sand and cement mixture was used to coat the external face of the envelope of the masjid (a place of prostration). The insulation properties of the laterite wall, help keep the inside of the mosque cool.

The objective was to avoid the usage of air-conditioning as a means of cooling the building during use. Earthy colours as a theme was also a priority, so for the doors to maintain the same hue as the external walls, mild steel door panels were acid etched to give an earth-colour rusty finish. This same ‘burnt’ finish was applied to all the mild steel used for the pulpit, sliding door frames and the fence railings.

The large apertures in the external walls are framed with Iroko wood. The sliding doors have louvre windows incorporated into them to aid ventilation when the panels are not open. The ceiling of the main hall and the mezzanine screens consist of forms and visual illustration of geometric compositions that can be fundamental elements for both the inside and outside religious buildings. 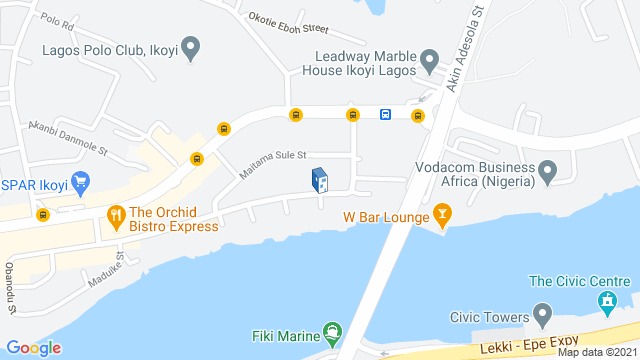 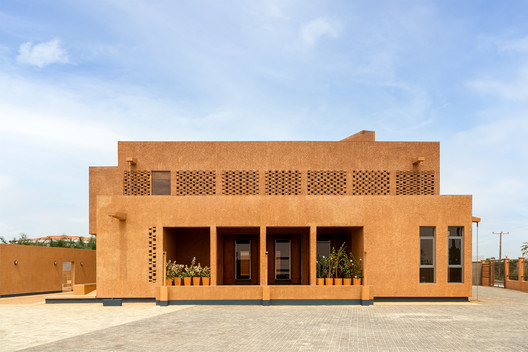