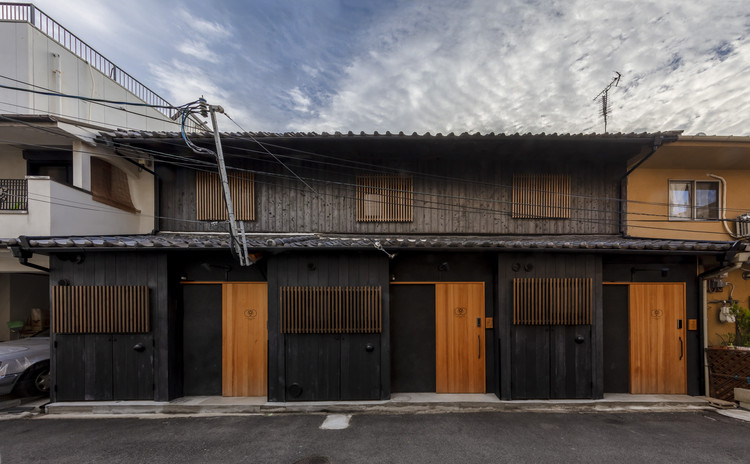 Text description provided by the architects. Three of the six wooden Nagaya* houses built in 1926, which remain in Osaka City, have been renovated into private lodgings. All three of the existing buildings were vacant, and rain leaks and decays in various places made them look like ruins. On the other hand, the remaining three houses in a row of wooden Nagaya have been renovated and residents continue to live in each.

By observing the history of the multi-layered finish and the extension and renovation that overhangs the backyard side, I could read the earnest feeling of "living!" At that time. For the renovations that have been freely updated, I decided to return to the skeleton of Osaka Nagaya and insert the necessary elements.

In terms of the operation of private lodging, it was required to make a difference between the three houses and to accommodate eight people in one house as a countermeasure against the hotel in a small space of about 50 m2. It was necessary to make the wall of the boundary wall a large wall with multiple layers in order to prevent fire and to prevent noise in the neighborhood. It is only anxious for the neighbors to stay in a wooden building Nagaya with thin walls every day and night, and sound measures are also the minimum etiquette.

In [SORA], since the bed will fit in the existing pillar module, the beam that had been badly leaked and decayed was replaced, and eight bedrooms could be secured in stages. On the first floor, there was a line of sight that went through to the courtyard like a street garden, and from the upper bedroom, the line of sight that went diagonally downward to the courtyard.

In [TEN], by hollowing out the atrium diagonally and inserting the wall diagonally, light is taken in the center of the first floor where it is most difficult to secure lighting and ventilation in a deep Nagaya, and each bedroom is placed in the corner cut part. Placed.

In [GEN], the part that had been added to the east side was partially reduced to create a courtyard and reconstruct the tea room that was separated.

This renovation, which was expected to be used by inbound tourists, has some aspects of temporary use of the Nagaya, but it reminded us of the conflicting elements of the skeleton of the Nagaya, which are the hardness and flexibility. With the concept of "a Nagaya where you can stay as if you live", the number of accommodations for neighboring residents by local tourism has increased, and it also plays a role of re-evaluating the residence of Nagaya.

Currently, it is said that there are about 280,000 vacant houses in Osaka city. Many Nagaya are included in it. Before the war, most of the houses in Osaka lived in Nagaya, but I hope that the usage methods will be inherited in the next era according to the social situation. 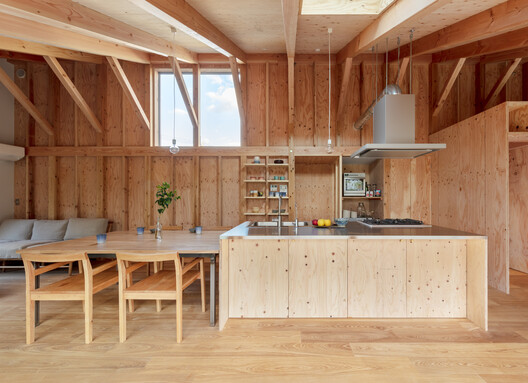 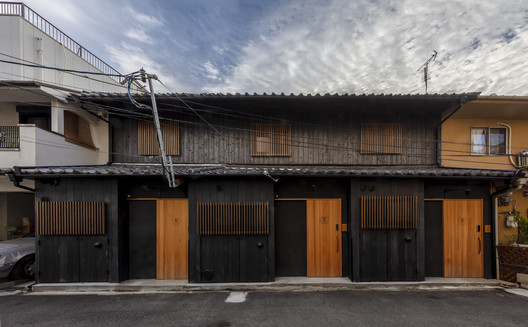