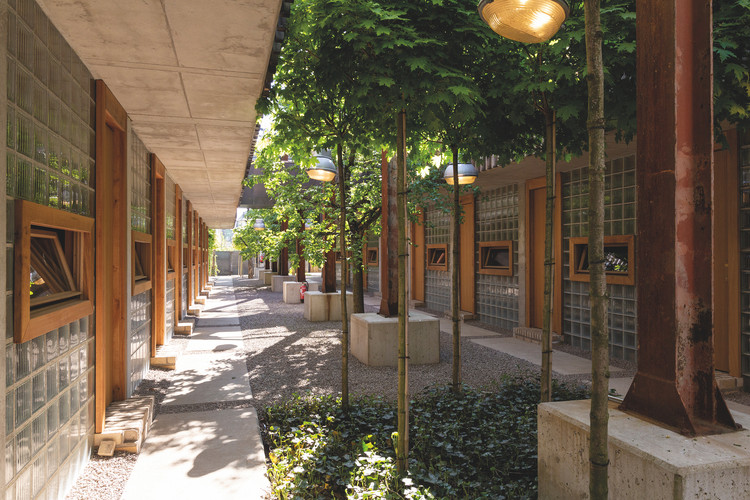 “Stepping through the dark gates, an atmosphere of green calm embraces you, gently disconnecting you from the rush and noise of the city.” The owners' intention of Hotel Graace is thrilling. Staged on an old factory site within an urban perimeter block the twenty-eight modular hotel rooms are linked together by a unique open space.  Set underneath the ancient steel-work construction, the hotel presents itself with lots of green outdoor spaces. In addition to the small courtyard in between the two wings, common areas on the first floor lead up to the fully green roof terraces.

The rooms have followed along the designing process, to become minimalistic, well-appointed wooden boxes with their cozy, warm atmosphere. The separation of the living and sleeping area creates a clear detachment of private and semi-public space, which is also visible in the organisation of the outdoor spaces. Small terraces on the backside provide a private retreat in contrast to the commonly used open corridor.

Located in a popular and central part of Luxembourg which is home to a young, cosmopolitan community, Hotel Graace is surrounded by colourful houses and small streets. The old factory hall was constructed in the 1950’ies in a basic and functional way, optimizing the space for the most necessary: Work and production.

These basic intentions did not change much. After cleaning out the existing hall and leaving just the steel-frames behind, the old skeleton started to finally breathe new life. The aim was again, the most efficient and functional use of the newly won space - but this time with an appearing aesthetics. Changing the work-noise of the old metalworking business into the peace of a green backyard adds not only a lot of value for the hotel-guests but upgrades the whole area.

The structural system of the new hotel follows the basic guidelines of a box - in a box - in a box. Leaving only the exterior walls and steel structure of the existing factory building standing, given the freedom to work with a detached inner composition. This new structure was chosen as concrete frame construction, which creates a new scale and allows to work with modular-like hotel rooms.  The concrete skeleton consists of two wings that are facing each other. Each wing has two floors, providing space for in total of 14 hotel rooms, as well as common areas. The 28 rooms, each one in itself isolated and fully equipped fill out the grid made of concrete.

All chosen materials are basic: Concrete, brick, wood, and glass define the whole new scenery on the existing stage of the steelwork factory.  While the concrete and stone act as the supporting materials, the wooden elements add a warm and cozy atmosphere to the hotel rooms. The glass bricks emphasize the old factory location and transfer the whole look in industrial-chic. 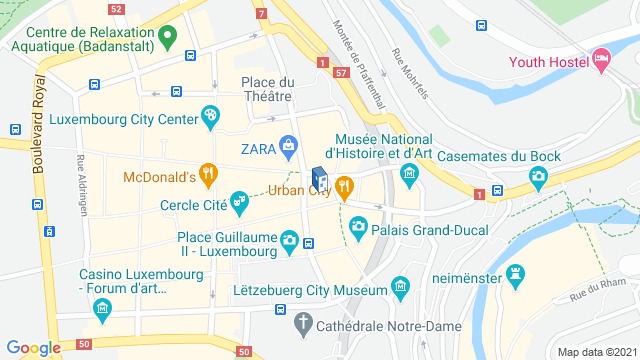 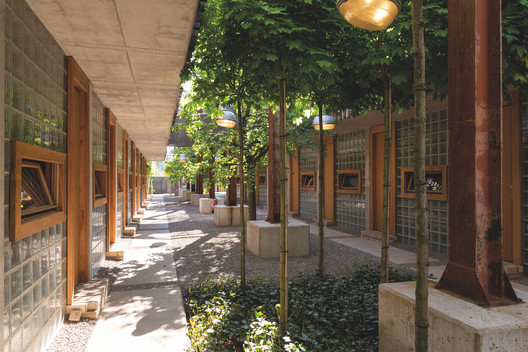