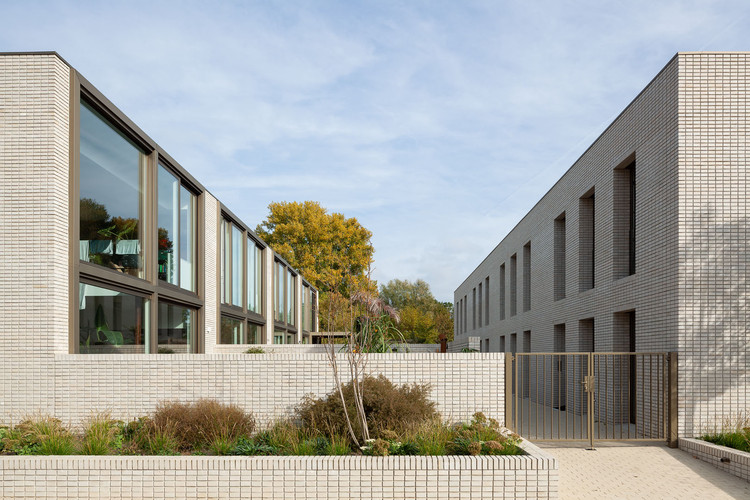 Towards high-density low-rise. This project is in its core a typological experiment: a maximum of individual homes with private gardens on a relatively small urban plot; a model for the development of more compact settlements with a density of approx. 40 houses per hectare. It aims to offer an alternative to living on the periphery of big cities for people who would like to live in a private house in a more urban context. The project tries to find answers to the typological challenges inherent to high-density low-rise developments:  How much individuality is possible? How much privacy is necessary? How much collective form is required? How much community and social interaction is desirable?

Ensemble of stripes and walls. The housing project has been realized in the Dutch city of Arnhem. The site lies on the border between the attractive 19th century neighbourhood Spijkerkwartier and a small community park. The building volume is organized in four parallel stripes, each consisting of four more or less identical terraced houses.

While the north facades are relatively closed, the facades facing south are quite open to allow for a maximum of sunlight to enter the homes. The individual gardens between the stripes are walled to guarantee enough privacy for the inhabitants. The garden walls are designed as an integral part of the architecture. Two clusters of individual storage space for bicycles are located between the stripes of houses.

The homes are accessed through 3-meter-wide alleys, that function as collective spaces for the inhabitants. Each alley is closed off with a small gate that marks the border between public and collective space. A compact landscape with trees and bushes stretches around the houses. It functions as a green buffer and helps to define the project as an entity.

The project presents itself as a collective ensemble with a clear, almost sculptural, urban form that expresses the idea of the settlement as one built structure. Furthermore, the architecture makes the inhabitant recognisable as part of a small community instead of being merely an inhabitant of an individual house.

Houses with a void. The simple homes of 12m x 7,5m are quite flexible and can house different individual lifestyles. Up to five sleeping rooms with different positions of the living- and bathrooms are possible. The free height of the ground floor is 2,8m while the first floor is 2,65m. Both floors are connected with an open stair to reduce mere circulation space. The stair is placed inside a void of 4,5m x 3,1m. This space allows the winter sun to enter into the depths of the house, and forms the spatial centre of the home.

The glass facade towards the south creates a strong visual connection between the house and the corresponding garden. The fluent spatial relation between the inside and the outside is enhanced by big sliding doors of more than 2,9m width. The other three sides of the garden are walled and form a patio of about 50 square meters. All houses have individualized floor plans. In the course of the selling process different options were offered to the buyers regarding stairs, bathrooms, doors, finishing etc. in order to accomodate individual wishes and budgets.

Architecture of brick. To obtain a quiet expression of a building, whose main emphasis lies in the spatial character of the entire ensemble, brick seemed to be an accurate building material. Through its light colour (white with a tint of yellow) a maximum of light reflection is achieved, which reduces the visual impact of the dense settlement. The bricks are used in a way that no additional metal cladding around the elegant vertical windows of the north facade is required.

The brick type has been specially developed in collaborations with a German brick manufacturer. The visibility of the dilatation joints needed in the insulated brickwork, as well as the joints between the loadbearing garden walls and the non-loadbearing brickwork of the insulated facades, was to be minimized. The brickwork is combined with bronze-anodized aluminium windows with sun-protection glass and integrated greyish sunscreens. The result is a modest ensemble with a striking generosity. Its solid but at the same time light materialisation recalls classical mid-century housing estates from the 20th century. 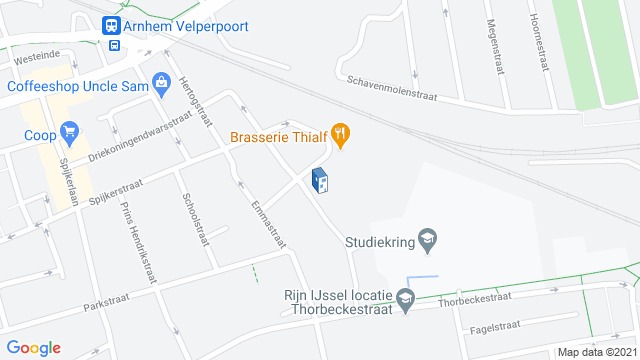