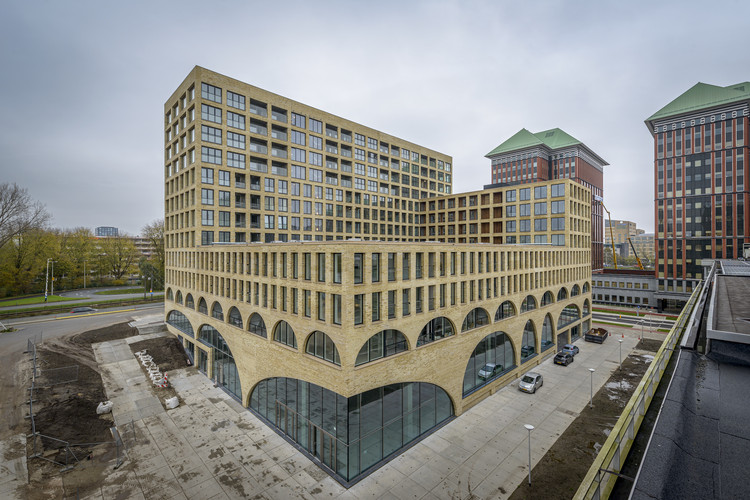 Text description provided by the architects. The completion of Westbeat adds a dynamic new link in the public space network of Amsterdam Nieuw-West. Designed by Studioninedots the new housing complex features a public base composed of 86 arches that shape a network of inviting, shared open spaces. Measuring 65 x 50 metres and 8.5 metres high, this superspace literally and metaphorically elevates Westbeat to become a distinguished destination in the city’s densifying urban periphery.

The gracefully arched spaces of Westbeat set a sculptural setting that invites residents, locals and the public to discover this new public hub and make it their own. This superspace alternates in function, hosting workspaces, hospitality venues, performances, concerts and more. What supports this flexibility of use, also for the future, are vast areas of open floor space created by the high arched structures.

Diverse types of open and intimate spaces are shaped by the network of different sized arches and differences in floor heights. Additionally, the arches are a visual and structural transition between the basement car park, with its wide spans, and the 150 dwellings above the superspace. Generous arches in the facade frame highlight the cultural activities within, with the largest arches positioned at the corner as an inviting gesture on this prominent address.

Westbeat has high ambitions. It marks the ‘Leap over the Ring’ (beyond the A10 highway), bridges the height differences on site with new pedestrian routes through the building and acts as a noise and traffic barrier using sound-dampening facades and green galleries. From a social perspective, Westbeat focuses on young urban residents and supports the entrepreneurial and creative spirit of this emerging neighbourhood. In collaboration with the first occupants, Studioninedots will design their part of the interior of the superspace.

For Westbeat to become a social destination, the architecture needs to make a mark;  such a vast arched public space creates the ‘wow’ factor we imagined. 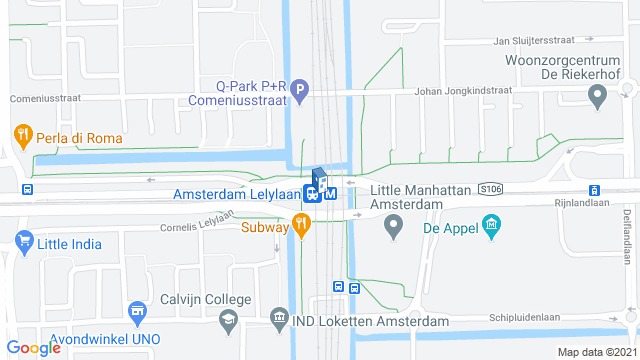