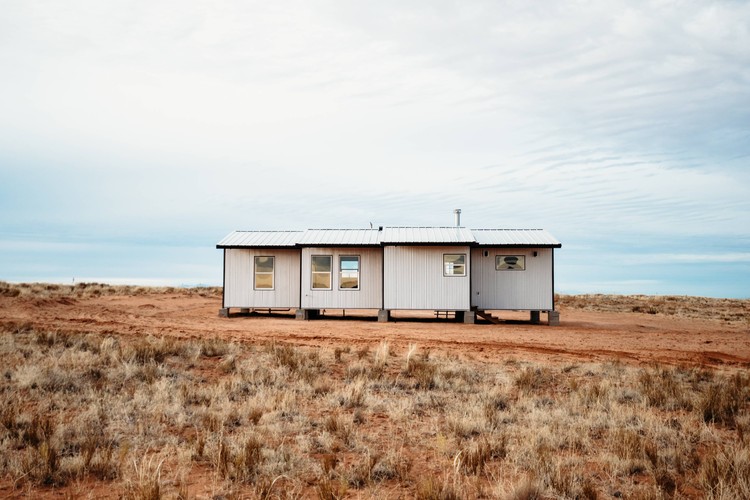 Text description provided by the architects. Four Peaks sits atop the White Mesa in the Teec Nos Pos chapter of the Utah portion of the Navajo Nation. The home was designed for a family that was nominated, as in need of housing, by the Navajo Utah Trust Fund. A budget of 50,000 USD was given to DesignBuildBLUFF to design and build this home for the family. The family that received the house was a mother and her two teenage daughters, requesting three bedrooms in their small home. The small house was designed and built by 12 students, from the University of Utah, on a tight timeline and budget. These 12 students designed the house in a period of two and a half months and built it in three months, constrained by the small footprint requirements and tools that could be used.

The result was a design that was intended to be modular in practice, with four large modules of 12’X16’ and the walls in four-foot increments. Everything was designed to industry standards of material, in order to maximize the materials that were bought or donated. The modules were then shifted to create differentiation between spaces inside and variation on the exterior. The shifting modules created the signature element of the project; four peaks.

The name ‘Four Peaks’ has a larger meaning, as it references to the four sacred mountains within the Navajo culture, one which can be seen from the site. The shifts in the modules also allowed for material expression through cedar siding to highlight the shifts from the main silver metal siding. With such tight budget constraints, the students had to be creative with elements within the house.

The floating shelves in the kitchen were made from threaded rods found in a scrap pile and donated amounts of 3form. The benches in the dining room and mudroom were made from the scrap pieces of structural LVLs glued together. Natural plaster walls are in the bathroom, entry, and behind the woodstove; made from the sand found on the site. A large donation of 3form meant it was used for many elements; countertops, shelving, interior window trims, dining table, and small trim pieces throughout the house. 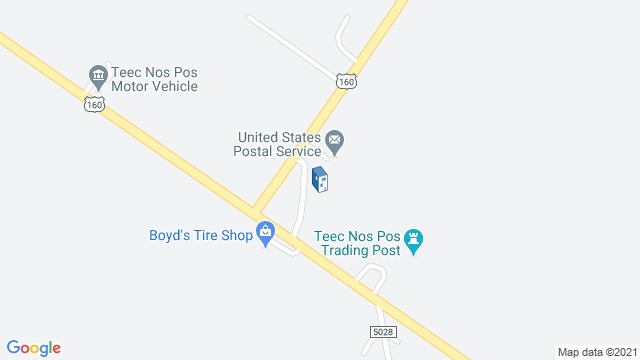