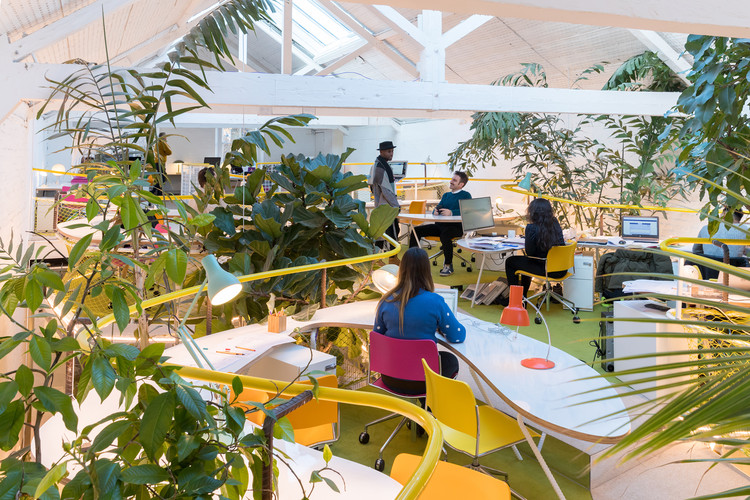 Text description provided by the architects. Everything in this building is about scale.
It is small but with a strong personality, like in a circus; every act is as important as the other, no hierarchies, and only working all together do they create something unique.

Scale due to the dimensions of the site. It is made up of five existing buildings which all together are only 800 sqm, and all of them different in periods and shapes. Scale due to the amount of history in the place. Blow Up, Michelangelo Antonioni’s movie, was filmed here. It was filmed in the studio of Vogue photographer John Cowan, and the actor David Hemmings was working in the spaces which you can still recognise in the movie. A few years after that, Richard Rogers had his studio here, his very first personal studio, after winning the competition for the Pompidou Centre.

Stairs, skylights, a bridge and a vine that Richard Rogers himself planted in the courtyard are bits of his design added to the history of the buildings that we kept as a treasure of modern archaeology.

The rest was easy. We needed to expand the existing mezzanine and we opened some more skylights to give more natural light to the people and to the 18 real trees that are now adding more natural history to the place. We also needed to find a way to cover a large part of the courtyard, whilst keeping the vine alive. We used a clear double layer roof, and to insulate it we worked with environmental engineer Adam Ritchie, filling the gap between the layers with soap bubbles. It takes 20 minutes to fill and the effect can last a whole day.

Richard Rogers’ vine is still very much alive and covering the whole roof in addition to the bubbles. 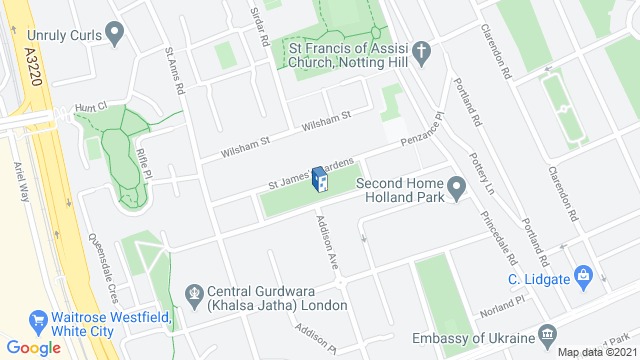 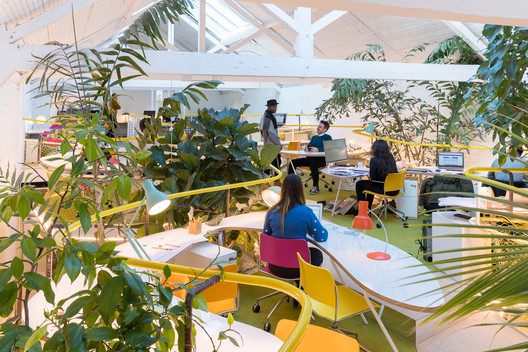