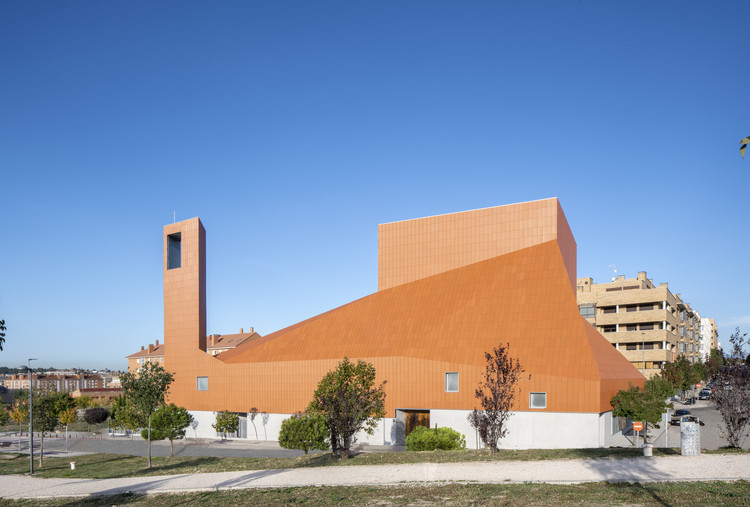 Text description provided by the architects. The compact building for hybrid use of the SMG Church Complex is located on the edge of the urban fabric of the northern expansion of San Sebastián de los Reyes, in Madrid, responding to two very different realities, on the one hand, the park of the valley, where It shows the physiognomy of the parish temple, generating a volume that is measured by neighboring commercial facilities, large commercial and leisure containers; and on the other hand, the urban fabric of the residential city to which it exposes its program of classrooms and houses with a rhythm and proportion of holes that resembles it with the collective housing buildings that it faces.

Constructively, envelopes are provided with a materiality that combines these two concepts previously exposed, which characterize the place where the building is embedded and that, with the use of a warm material such as the ceramic plate, makes it related to the residential expansion to the west composed of buildings built in exposed brick. Likewise, we designed for the construction of the envelopes light dry laying systems, with a ventilated façade, based on aluminum anchoring elements similar to that used in the lightened prefabricated systems of the commercial containers with which it is aligned on the front East.

Inclined roofs and vertical or inclined façades are solved with –U- profile belts supported by the corresponding metal beams. On these straps all the special profiles of the building envelope are fastened. The façade solution adopted by using a sandwich panel roof as an intermediate element between this interior substructure and the support of the ceramic pieces make up the entire ventilated envelope that unifies the material image of the building.

A large part of the metal structure is solved with a framework of pillars and beams, being the religious worship room and the large cantilever that makes up the inclined stands, a structure based on large lattice beams that give great structural stability to the entire set, in turn bracing all the structural elements and solving this large overhang very favorably. The braces that are designed give the set great structural stability, solving very favorably the wind stresses and the stresses produced by thermal loads of temperature, because the building exceeds 40 m in length in its longitudinal direction. 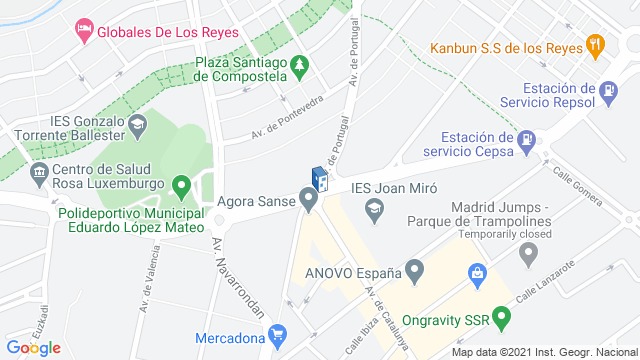 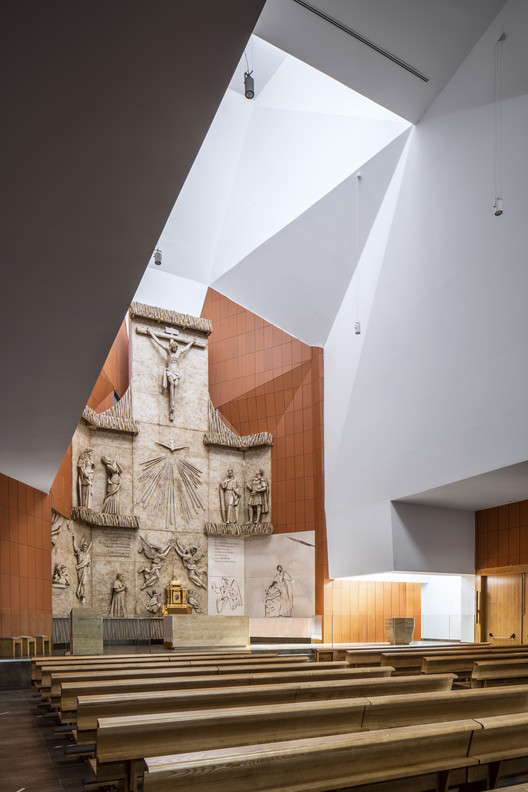 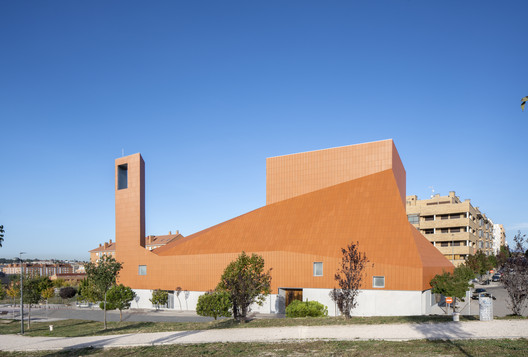