Save
House in Nakago / SNARK + Ouvi 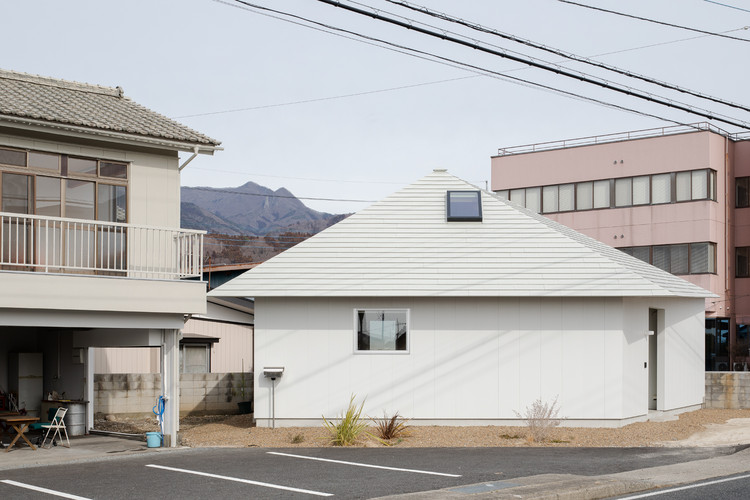 Text description provided by the architects. The project was to build a two-story timber house in Shibukawa City, Gunma Prefecture JAPAN, for the next generation of owners next to the existing compound, which was also refurbished at the same time. The road on the southeast end of the site is a national highway with frequent traffic. By rotating the new house 45 degrees, we created a continuous line from the wall of the existing house. As a result, it formed two gardens where one is shared and connected to the existing building, and another privatized from the existing house.

The height is as low as possible in order to reduce the shadow of the garden that does not face the south surrounded by buildings. Our main proposal for space was for two different characters to stack under a square roof lifted by a cruciform shaped column so that the clients can decide the relationship of the surrounding environment they lived in, provoking a new diverse lifestyle.

The ground floor is a trapezoidal flat space by combining a square and a right angle triangle. The daily functions of the home are set in a box made of plywood panels and placed randomly, creating a place to stay while blocking the line of view of each other. On the other hand, the opening is set so that the views outside can be seen through the gaps of the boxes. The diagonal beam extracts the longest straight line from the quadrangular plan, emphasizing the horizontal spread.

The cruciform shaped column, which is a collection of five square columns (105 x105 mm) in the center of the plan, was considered partial loss of column area and some workability at the construction moment. By following the floor material and ceiling louvers to the axis created by the diagonal beams centered on the cross-shaped column, different spaces are created on the ground floor. These spaces respond to the surrounding environment and spread out around the cross-shaped column.

The stairs to the second floor are hidden in one of the furniture (made of plywood panel). The connection between the upper and lower floors is separated, but the light shining down from the louver floor and the cruciform shaped column extending to the top of the roof implies the existence of the raised roof and the space between them. The second floor has a large attic space with no program and providing views of the north and south mountains in the distance, however, it is not possible to see the surrounding gardens and existing parent's house.

In contrast to the ground floor, that here is a space-separated from the surrounding environment. One of the cruciform shaped columns on the second floor is slightly offset from the ground floor according to the roof shape. The subtle shift between the upper and lower floors of the structural material makes the existence of columns more furniture-like. The two spaces that are stacked coexist while feeling the presence of each other through the floor of the louvers. 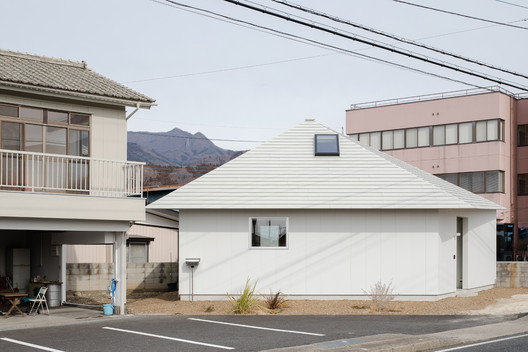