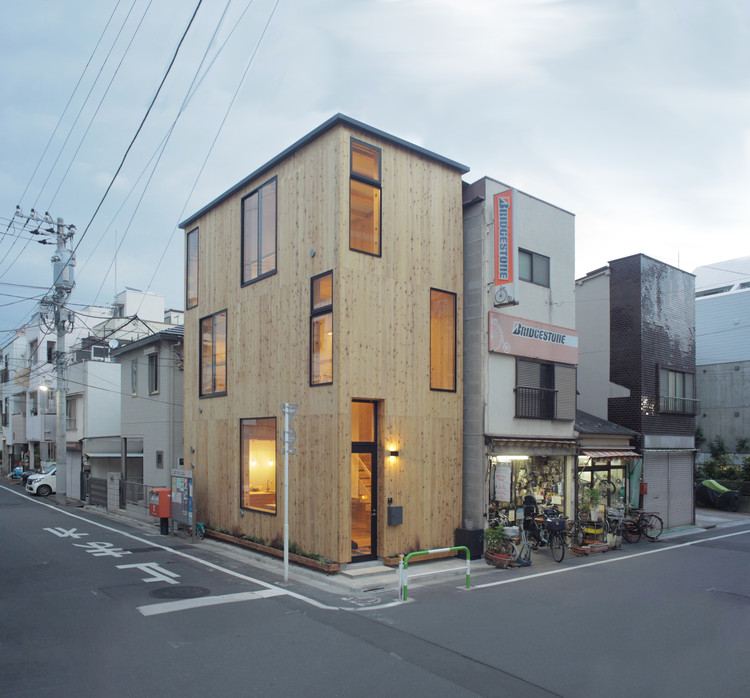 Text description provided by the architects. This small house for a family of four occupies a three-meter-wide plot in a densely-populated city in Tokyo. Selma Masic—in collaboration with Sei Haganuma (Haryu Wood Studio)—designed the house for her family home. The architects conceived the total area of 63 square meters as a three-story house with a loosely-defined program for each area. The difference in level between living spaces had been designed to merge without harsh boundaries, providing residents with settings for a range of activities depending on their needs and the time of day.

Its location at the street corner allows a unique relationship between the inside and outside of the house; most of the living spaces could be designed to be exposed to openings that bring the natural light in. The façade facing the street was designed to be porous without being extremely closed or extremely open. For that purpose, curtains were installed as temporary partitions to give residents flexibility in determining how much they wanted to visually open the space to the outside.

With fixed elements such as the kitchen located on the ground floor and the shower stall on the third floor, we see a vertical gradation in space functions: it changes from a public space to an intimate space as it gets higher. The aim was to transcend the conventional way of living by designing a space that is tailored to the residents and evolves with their needs. This kind of concept helps integrate living areas into the urban context rather than disconnect them as separate entities.

The structural walls and floors are composed of prefabricated cedar wood panels. The panels are made of 15x15 cm square lumbers, connected horizontally by metal bolts without glue. This feature makes them completely recyclable while also allowing a possibility for the house to be disassembled and reused at the other location.

Since this material satisfies the high standards of fire protection regulations in urban Japan, it is possible to reveal the structure and leave it uncoated and uncovered. Additionally, thermal insulation and cedar wood planks improve thermal performance when used as a façade. A three-story house made using this construction method in urban Japan is the first of its kind. Compared to conventional wooden house construction methods in Japan, this method uses two times more lumber. This is expected to be an effective way of storing carbon dioxide and reinvigorating the forest industry in Japan. 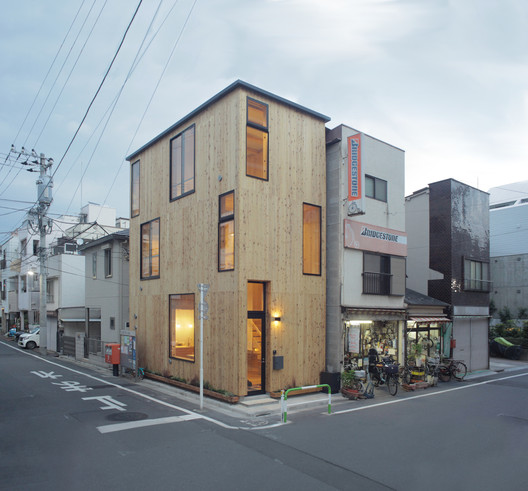